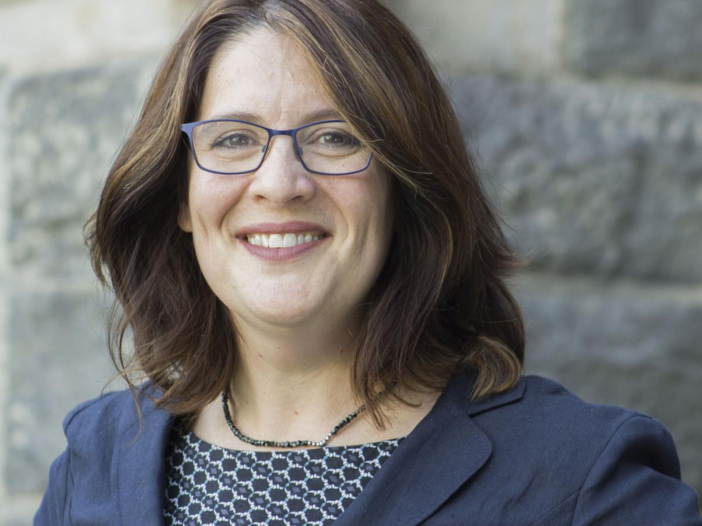 Rabbi Rachel Gartner is stepping down after serving as Director of Jewish Life at Georgetown for 11 years, a role in which she was cherished by students, community members and the campus ministry team.

Gartner will begin her new position as the rabbi of congregation Shirat HaNefesh in Chevy Chase, Md., at the end of the spring 2022 semester. She will simultaneously serve as the Senior Advisor for Spiritual Care at Georgetown’s School of Continuing Studies.

Gartner said she has cherished her time working with students and will miss spending time getting to know them.

Gartner said that she is pursuing her new role as the rabbi of congregation Shirat HaNefesh because she feels a calling, but will miss the students and community at Georgetown immensely.

“It’s not bigger, it’s not better, it’s just different. It’s just there’s a time for change in life, and that’s the time it is for me,” Gartner said. “So that’s really how I feel about this. I’m being very called into some new angles on the rabbinate.”

Alex Cywes (SFS ’23), a Jewish Life intern, met Gartner his first week on campus and said she consistently ensured that Jewish Life at Georgetown was inclusive and open to people from all backgrounds, which he hopes her successor will continue.

“That was something that I was really proud of and was one reason why I wanted to be a Jewish intern coming from not the most intense Jewish background,” Cywes said. “I really hope they’re able to replicate that because there are a lot of fracture lines along what it means to be Jewish, whether it’s questions of Israel or questions of spiritual practice, and Rabbi did an amazing job of making sure that everyone had a place in the Jewish community at Georgetown.”

The university is currently working to ensure that there is a smooth transition of leadership within Jewish Life, according to a university spokesperson.

“The Office of Mission and Ministry is working to arrange interim leadership for Jewish Life while it prepares to undertake a formal search process for Rabbi Gartner’s successor,” the spokesperson wrote. “This search will include input and participation from the Georgetown Community, including faculty, staff and students. The Office will share updates when they are available.”

“I’ve appreciated the way that Rabbi articulates her sense of justice as one rooted in her faith,” Grisom wrote to The Hoya. “She models for students and colleagues a way to integrate one’s faith commitments into daily life. She embodies a faith that does justice, and how contemplation can lead to action.”

Chloe Schneider (COL ’24), Social Justice Chair of the Jewish Student Association (JSA) board and president of the Campus Ministry student forum, has known Gartner since her being a first-year and found her to be someone who was easy to build a connection with from the beginning.

“She’s definitely been a big part of my Georgetown experience — I probably see her at least once a week,” Schneider said in an interview with The Hoya. “She’s so personal, and you really don’t feel that staff barrier that you feel with a lot of people at Georgetown.”

Schneider also took one of Gartner’s courses, titled “Death, Sex and Tattoos: Jewish Perspectives on Taboo Subjects,” which had students look at real world issues through a rabbinical lens.

“It was my favorite class I’ve taken at Georgetown — it was so interesting,” Schneider said. “What I took away from that class is that Judaism addresses people, not problems.”

Hannah Kosc (SFS ’23), Jewish Life intern and JSA co-president, said that Gartner played a role in her decision to commit to Georgetown after initially meeting her during her senior year of high school at the GAAP admitted students weekend.

[Kosc previously served on The Hoya’s Editorial Board.]

Kosc said Gartner has been a major part of her support system on campus and will be missed by many students.

“Rabbi has always just been like a Georgetown mom,” Kosc told The Hoya. “I know a lot of people in Jewish life feel that way about Rabbi. She’s a very loving person, and before her professional identity comes that love, and I think that’s really special. We’re all going to miss her a lot.”

Gartner said that she looks forward to serving the larger Jewish community in her new role.