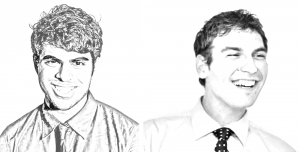 There has been no public comparison of the outrage between the popular, media-driven frenzy over the shooting of a lion and the ongoing disclosures that a corporation has been selling human organs for monetary gain to the tune of half a billion dollars.

There is an old-time adage that “if it bleeds, it leads.” In the case of Planned Parenthood, the blood on their hands has been looked over in favor of the blood of a lion shot by an American dentist.

Of course, is this Kansas City Shuffle surprising? The entire abortion industry, and we do not use the word “industry” lightly, is based around hiding the unpleasant details of its operations.

As The New York Times columnist Ross Douthat explains in a fine piece, quotes such as: “… we’ve been very good at getting heart, lung, liver, because we know that, so I’m not gonna crush that part, I’m gonna basically crush below, I’m gonna crush above, and I’m gonna see if I can get it all intact” cannot be blithely dismissed, regardless of the non sequiturs and false analogies of Planned Parenthood’s defenders.

Despite the desperate efforts of Planned Parenthood to keep these videos in the dark, namely through lawsuits, fake hacking attempts, hiring PR firms and telling their political flunkies to spout patently false information, the truth will eventually show itself. We have eight more videos to go, some of which imply the harvesting of children born after a botched abortion. Dehumanization is an insidious thing, and it has permeated every facet of today’s society, where selling organs can be discussed over a nice meal of what we presume were fava beans and some nice Chianti. No corporation has an inherent right to taxpayer money, especially not one that apparently leads an organ trafficking ring, no matter how many mammogram referrals they hand out.

Nevertheless, the power of the abortion lobby is deep in America. Barely a day after Hillary Clinton called for an investigation into Planned Parenthood’s practices, she was forced to tweet her unquestioning belief in the generosity and benevolence of her taskmasters. The pro-choice faction hopes that America continue to be distracted by the Twitter mob that cannot place Zimbabwe on a map rampaging against a dentist. It hopes America remains enthralled with cacophonic blustering of a witless Donald Trump.

But for those of us who share the extremist idea that a change in location and time don’t magically remove a person’s humanity, it’s difficult to not think about the petri dishes of brains and kidneys, the nonchalant negotiations over the monetary value of organs, “I want a Lamborghini.”

What we really want to think about here, however, is the focus on Cecil the lion in the media. How is it so easy for us to look at the majestic, feline Cecil and shed tears for the loss of life? How is it so easy for us to see the humanity of our own pets? Why do we cry when we hear Sarah McLachlan’s “In the Arms of an Angel” and see pictures of abused dogs? What if these little arms and legs aren’t just prep work for a human, but what if they are innately human?