Barring a historic collapse by the New York Yankees, there are only two spots left up for grabs in the American League Playoffs: the AL West title and the second wild card spot. In my opinion, neither of the teams in the AL Central vying for the wild card, the Minnesota Twins and the Cleveland Indians, have a legitimate shot at making the playoffs. So really, it comes down to the Texas Rangers, the Houston Astros and the Los Angeles Angels. My prediction? It is going to be extremely close, but the Rangers will keep their lead and win the West and the Angels will pass the Astros for the second wild card.

With the Astros finishing a series at Texas this weekend and the Rangers finishing their season at home against the Angels, this is major league baseball at its finest.

The Rangers have pulled off one of the most spectacular comebacks in recent memory. Texas was awful last year and looked just as bad at the beginning of this season. Now the Rangers are set to finish as one of the hottest teams in the league. As of Sept. 28, the Rangers held a 2.5-game lead in the AL West. ESPN calculates that Texas has a 97.6 percent chance of holding onto a playoff spot. However, with eight games left, it’s not as sure a thing as the statistics make it sound. That being said, I predict that the Rangers will hold on to their lead.

Houston has the easiest remaining schedule, finishing on a six-game road trip at the Seattle Mariners and the Arizona Diamondbacks, both sub-.500 teams. At first glance, it would appear that having games in Seattle and Phoenix would seem like an advantage to the Astros, as the Mariners and Diamondbacks both have worse home records than away records. The Astros, though, are terrible outside Minute Maid Park, their home stadium. They have the worst road record in the American League at 29-46. A 2-8-road trip against division rivals earlier this month drives the point home.

Although Houston’s stars are hitting well, its pitching is struggling down the stretch. The Astros’ bullpen has been less effective and their starters less consistent of late. This has been costly. Only a few weeks ago, they were holding a firm grip on the AL West lead; now they are barely holding off the Angels for the second wild card spot.

The Angels are in luck with the pitching matchups, as they are scheduled to face Felix Doubront, Chris Bassitt and Sonny Gray of the Athletics. Bassitt has respectable stats (3.07 ERA, 1.17 WHIP) but rarely goes deep into games, putting pressure on an embattled Oakland bullpen. Doubront has been awful but is unlikely to lose his spot in the rotation this late in an already-lost season for the A’s. Sonny Gray, whom David Ortiz just named as one of the five toughest pitchers he’s ever faced, is in his worst stretch of the season, getting shelled in three of his last five starts. All in all, L.A. has a good chance of sweeping the A’s.

In their final four games against Texas, the Angels are unlikely to take more than two. The Rangers are the better, more complete team and have home field advantage. The Angels are also scheduled to use all of their starting pitchers except Garrett Richards at Texas, missing their best pitcher’s start. In a battle of AL West, they will be high energy and entertaining games, but the Angels will at best split the series. 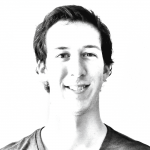