I love watching SportsCenter’s Top 10 on ESPN. I love playing Fantasy Sports, from football to basketball to baseball. But I think there is a real tendency, an unfortunate one, to conflate fantasy stud-liness or highlight reels with helping your team win. At the end of the day, the only statistic that matters is the W or the L in the score column, and the only highlight reel that matters is the one that shows the score. This is especially true in the NBA. Let me give you two examples: Blake Griffin and James Harden.

Forward Blake Griffin has missed a large portion of the 2016 NBA season because of a torn left quadricep. The injury caused the five-time All-Star to miss 34 games, after just recently returning to the Los Angeles Clippers lineup. Griffin is always touted as either the best or second best player behind point guard Chris Paul on the Clippers. Incredibly, however, the Clippers’ winning percentage is worse with Griffin than without him. During his time off the court, the Clippers won nearly 69 percent of their games. In games he has played, they have won 63 percent. When star players miss a few games and their team does well, it is easy to write off the team’s success as a hot streak or a fluke. But sustained success without Griffin over the course of 34 consecutive games suggests something real.

Griffin’s stats are astounding. On the season, he is putting up per-game averages of 21.8 points, 8.4 rebounds and 3.8 assists on over 50 percent shooting from the field. But his stats do not tell the whole story. On defense, he is lackluster at best. His on-ball defense in the paint is not bad, but Griffin always seems to be a step behind on help-side defense and does not get through screens fast enough. Offensively, he is outstanding in transition. There is no one better on the fast break. But in a half-court set, he is a liability. His post-up game is negligible; he does not have a consistent hook shot, up-and-under or two-hand power move.

The Clippers’ real offensive problem is not Griffin’s inside game. The problem is when he catches the ball on the outside. The Clippers normally have excellent ball movement coming from Paul and guards J.J. Redick and Jamal Crawford, but as soon as Griffin touches the ball, everything stops. He holds the ball for four or five seconds in the same place and then either passes it back to Paul, a maneuver that just wastes time, or shoots a mid-range jump shot that he misses more often than makes.

Guard James Harden of the Houston Rockets puts up even more incredible statistics than Griffin, yet helps his team out even less. Harden’s 28.7 points per game average is good for second in the NBA, behind likely-MVP Stephen Curry’s 29.8. But Harden’s Rockets are not quite having the same type of year as Curry’s league-leading Golden State Warriors: Houston is 39-41 on the season and was just eliminated from playoff contention by the 22-58 Phoenix Suns.

Harden’s atrocious effort on defense is an embarrassment to the NBA. He routinely stands straight up, not in a defensive stance, and lets his man slip past him for backdoor layups. His high scoring is a product of volume, not efficiency — he shoots only 43 percent from the floor. And Harden turns the ball over nearly five times per game. Five times. A team with Dwight Howard should not have a losing record, period. And yet Harden has led them to that this season, with former Head Coach Kevin McHale getting fired in the process. In a league driven by stars, a player as talented as Harden should take responsibility and adjust his game to help his team win.

The primary goal of every NBA player should not be highlights or video game stats but helping his team win. This win-centered, team-driven mindset is what has won multiple NBA championships for a litany of great players on the San Antonio Spurs, from David Robinson to Tim Duncan to Kawhi Leonard. Unselfishness, efficiency and fundamental defense are not tracked on SportsCenter’s Top 10 Plays or on a fantasy sports player rater, but they are what make teams into champions. 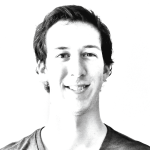