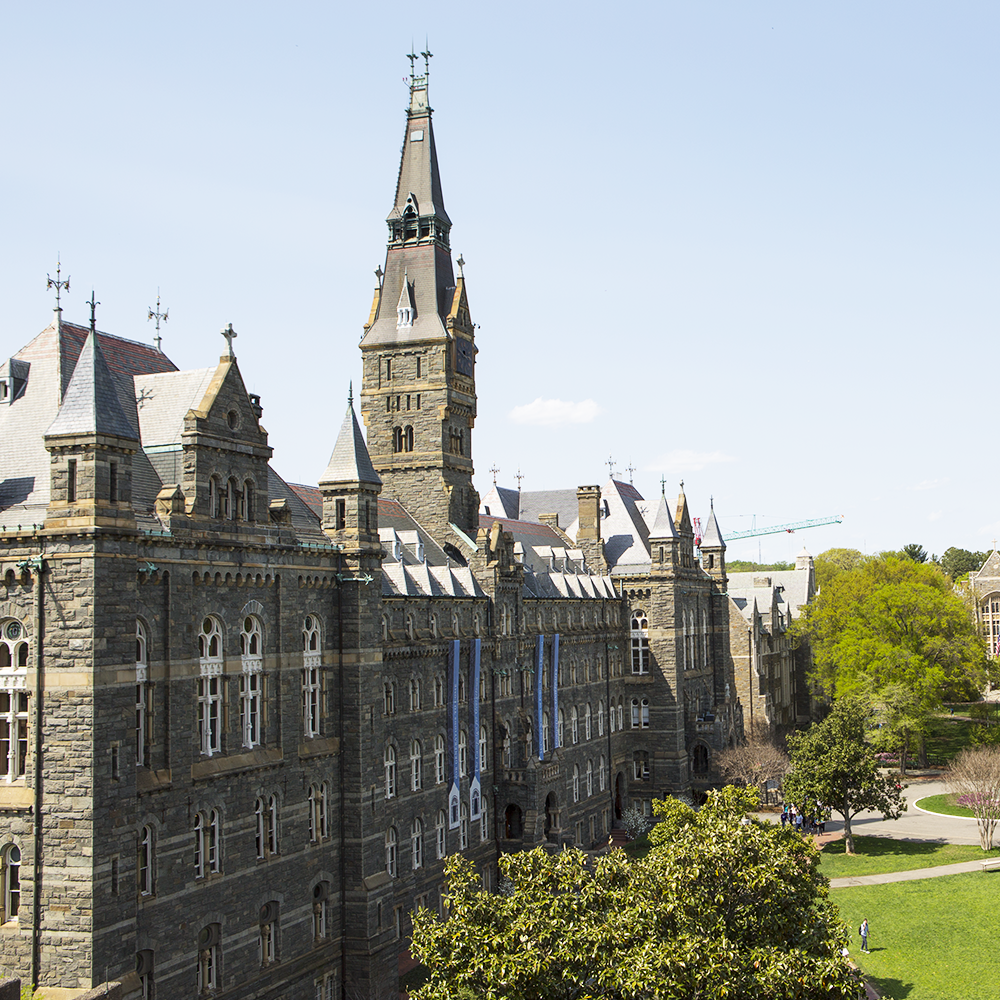 While Sept. 13 saw Georgetown reclaim a spot as the No. 20 top college in the U.S. News and World Report’s 2017 national universities rankings, it was absent from the institution’s list of best colleges for veterans — which saw Georgetown in first place just two years ago and 16th last year — due to a change in ranking methodology.

The U.S. News and World Report rankings evaluated data collected from universities based on 15 measures of academic quality, with graduation and retention rates carrying the most weight in the methodology at 30 percent of overall ranking.

According to U.S. News Chief Data Strategist Robert Morse, Georgetown remained relatively stable in its national ranking. However, the implementation of an update based on the Carnegie Classification of Institutions of Higher Education — the most widely accepted classification of higher education data — resulted in 12 percent of ranked schools moving from regional rankings to national rankings, or vice

To be eligible for placement in the list, universities must be certified for the GI Bill, which finances tuition for service members and veterans, and participate in the Yellow Ribbon Program, which provides additional funds available to supplement the GI Bill. Universities must further enroll a minimum of 20 students using GI Bill benefits to qualify.

Veterans Office Director LeNaya Hezel said despite Georgetown’s 120 undergraduate students’ receiving GI Bill benefits last year, a change in U.S. News’ process for collecting and submitting data and an error in submitting the data for 2017 resulted in an incorrect number of students not being recorded with Georgetown’s submission. This resulted in Georgetown’s failing to meet the 20-person threshold needed to qualify for the ranking in the data used by U.S. News.

“I am disappointed in this year’s U.S. News & World Report process of collecting information and their decision, but it is important to focus on our campus community contributions to supporting our service members, veterans, and their families and our efforts in advancing our services and programs,” Hezel wrote in an email to The Hoya. “What has been consistent is Georgetown’s commitment to provide opportunities to military-connected students to pursue higher education at any point in their career.”

When asked about Georgetown’s absence in the rankings for best colleges for veterans, Morse did not respond to a request for comment.

Currently in the overall best colleges rankings, Princeton University tops the list, followed by Harvard University and a two-way tie for third between the University of Chicago and Yale University.

Morse said U.S. News further changed the way it factors class size — a metric considered into its rankings — by creating one index to better reflect varying class sizes across campus.

“Research shows that smaller classes foster a productive and positive learning environment,” Morse wrote in an email to The Hoya. “This change enabled us to take full advantage of all the class size data schools provide, while still rewarding schools that make an effort to better serve their students with smaller classes.”

Morse extolled the ranking as a definitive measure of academic quality, which can guide families in making the decision when selecting a college.

“In addition to considering factors like location, cost, course offerings and activities, families should pay close attention to graduation and retention rates,” Morse wrote. “The Best Colleges rankings measure academic excellence, and we believe that students and their families should strongly consider academic quality when choosing a college.”

Dean of Admissions Charles Deacon disputed the veracity of U.S. News’ findings, arguing it neglects to examine outcome-driven data, such as student incomes one decade after graduation or the number of leading alumni in an industry.

“Generally we believe that the way U.S. News produces its ranking is essentially a lagging indicator,” Deacon said. “I don’t happen to agree that they are using all the best factors, and I think and have argued and will continue to argue that there are other things you can use that Georgetown will do a lot better.”

The Department of Education ranked Georgetown the third highest on its College Scorecard last year for graduates with the highest median earnings, behind the Massachusetts Institute of Technology and Harvard University.

Georgetown University Student Veterans Association President Cristine Starke (SFS ’18), who served five years in the Marine Corps as an Arabic linguist, said the rankings are misleading, as they do not reflect the broader resources available to veterans on campus. These resources include a designated veteran’s chaplain and a Vet Allies program, which introduces faculty and student leaders to challenges that confront student veterans.

Starke said she chose to attend Georgetown despite being offered admittance at Stanford, which is currently ranked first for best colleges for veterans.

“I didn’t view the rankings as being really reflective of the best colleges for veterans, I just thought it seemed to be more about the best colleges that also might have veterans, as though that was their only metric,” Starke said. “I thought it was so funny, I had to choose between Georgetown and Stanford, and I was specifically not drawn toward that university and picked Georgetown over Stanford because I felt that I might not have as much of a community there.”