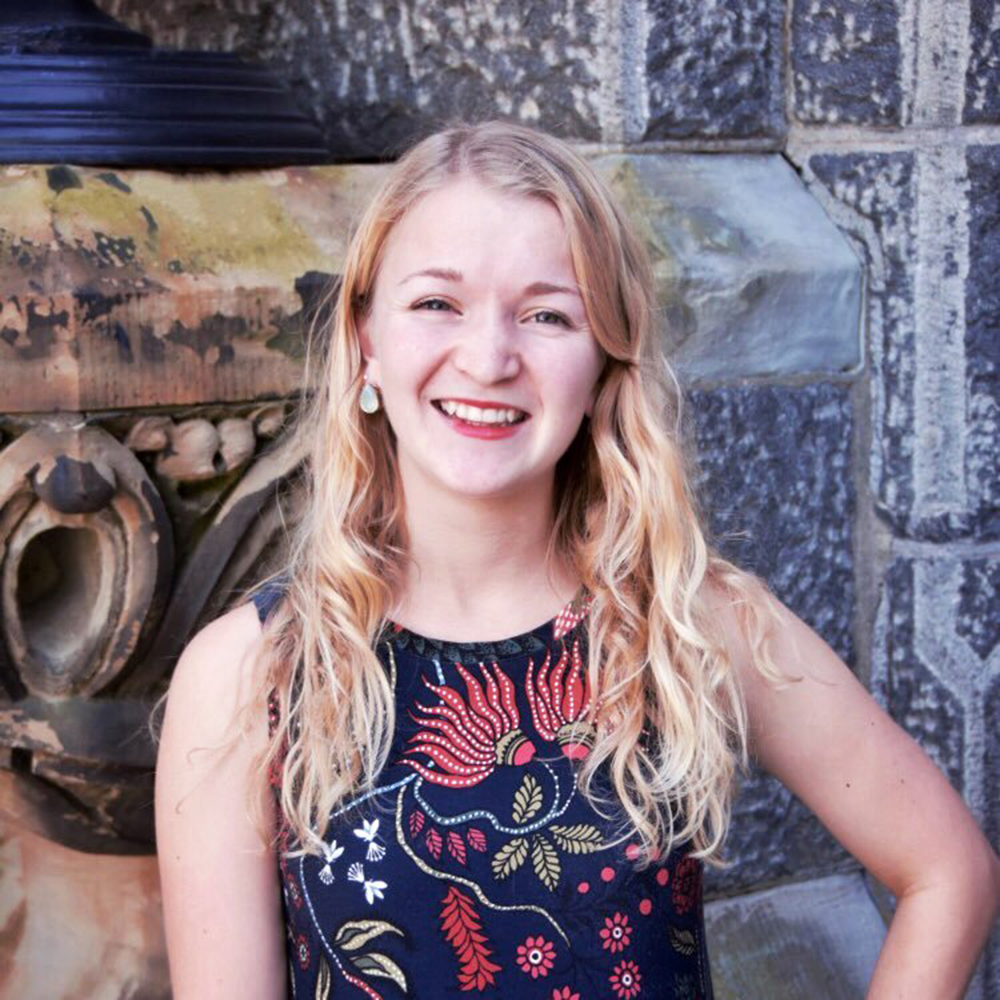 Anti-sexual assault activist and educator Olivia Hinerfeld (SFS ’17) has been selected to serve on the Biden Foundation’s advisory council for ending violence against women, the foundation announced Monday.

The Biden Foundation is a nonprofit organization launched last year by former Vice President Joe Biden and his wife, Dr. Jill Biden. Its mission includes advocacy in a wide range of policy areas, including LGBTQ and gender equality, foreign policy and the advancement of community colleges.

The foundation’s 16-member council is composed of activists, professors and leaders with expertise in women’s issues, according to the Biden Foundation’s website.

Hinerfeld has extensive experience as an activist against sexual assault. She previously interned for the Violence Against Women Team in the Office of the Vice President during Biden’s term and for the National Domestic Violence Hotline.

Hinerfeld said she is excited to work at the Biden Foundation with a group of experts.

“I am incredibly excited to work alongside many of my heroes in this work,” Hinerfeld wrote. “I hope to learn how to be a more effective advocate and to offer a younger perspective to this work. Together, I hope that we can make violence against women obsolete.”

Hinerfeld said violence against women is prevalent on college campuses.

One in three women in the United States will experience domestic violence in their lifetimes, with women between the ages of 18 and 24 being the most likely victims of violent abuse by an intimate partner, according to the National Coalition Against Domestic Violence.

Moreover, one in five women and one in 16 men will experience sexual assault while attending university, with LGBTQ students facing much higher levels of violence, according to a 2016 report by the Department of Justice.

“These statistics matter — they each represent millions of lives touched by violence — disrupted educations, broken families, and lives ended much too soon,” Hinerfield wrote. “By focusing on prevention and bringing an end to these cycles, we can ensure that all Americans are able to lead lives free of violence.”

Hinerfeld said her passion for advocacy started during her time in high school in Portland, Ore., when she co-founded a nonprofit called Youth Ending Slavery, which focused on combatting sex trafficking in the region.

The urge to fight for justice for the most vulnerable members of society drove Hinerfeld to apply to Georgetown and study social justice, she said.

On campus, Hinerfeld served as co-chair of the Georgetown’s Sexual Assault and Misconduct Task Force.

Established in June 2016, the task force advised the university on the issue of sexual assault and misconduct on campus and suggested policies to combat it, particularly by increasing reporting of incidents, knowledge of resources and trust in its policies and procedures, Hinerfeld said.

“Olivia is an incredibly talented individual,” Cutway wrote in an email to The Hoya. “I was impressed by her work ethic and sincere dedication to supporting survivors of campus sexual violence in new and different ways.”

“Her powerful voice, coupled with her relentless passion for change, will be a true asset to the Biden Foundation and to the countless individuals she will knowingly and unknowingly impact in the future,” Cutway wrote.