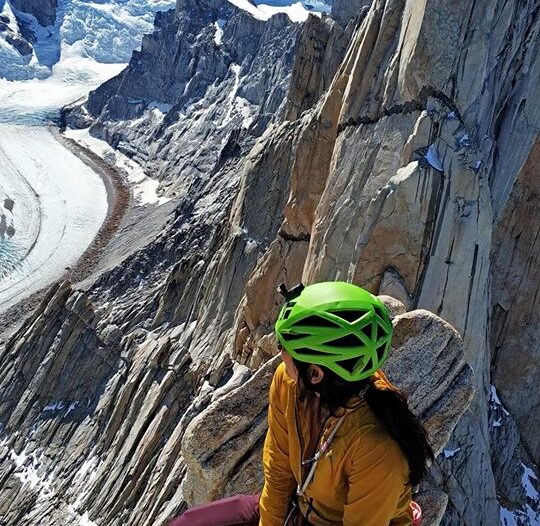 Xue, who was originally from the San Francisco Bay Area, graduated this year from the McDonough School of Business with a major in operations information management and a minor in economics. She began her career as an acquisitions analyst with RealTerm in Los Angeles this September.

Xue was a member of the Global Business Fellows and served on the board of the Georgetown University Public Real Estate Fund. Xue was also safety captain for the club rock climbing team, according to a university statement.

She was a skilled athlete and a warm presence on the club rock climbing team, according to the team’s treasurer Ben Falley (COL ’21).

“Michelle was an accomplished climber and good friend to many of us on the team,” Falley wrote in an email to The Hoya. “She always brought dedication and a sense of adventure to the sport which was both admirable and an inspiration. She will be dearly missed.”

MSB professor Dennis Quinn taught Xue in a business-government class during her sophomore year. Xue had a strong sense of courage, humor and compassion for everyone around her, according to Quinn.

“She actually sort of warmed up a room,” Quinn said in an interview with The Hoya. “She warmed up the people around her. She brought a lot of laughter and spontaneity. She had a rare skill — academically very gifted, very courageous, but very sensitive to the feelings and expectations of others.”

Xue was also closely connected with the Georgetown’s Buddhist community and served as co-president of the Georgetown Buddhist Student Association in her time on campus. The group hosted a Buddhist memorial service for Xue on Nov. 4.

Her uplifting attitude will be sincerely missed by members of the Buddhist community, according to a BuSA Facebook statement.

“Michelle was an incredible person, and her passion, work ethic, and unbridled enthusiasm towards the Buddhist community at Georgetown will be deeply missed,” the statement said. “During her time on campus, Michelle took it upon herself to deeply engage with Georgetown’s Buddhists, and her actions left a positive impact on everyone she encountered.”

Xue’s dedication to faith moved others to examine their own spirituality, according to Director of Dharmic Life and Xue’s former “Problem of God” professor Brahmachari Sharan.

“In one of the initial meetings we had, she spoke about the beauty of the outdoors, and the feeling of true freedom, saying that the meditation she practiced and the liberation of immersing herself in nature were, for her, one and the same,” Sharan said in a statement from the university. “It was her commitment to the Buddhist community, even though she considered herself very new to the depth of the teachings, that inspired so many of her peers to give their own spiritual journeys a little more thought.”

Members of Xue’s family launched a GoFundMe on Nov. 3 to collect donations for the Mono County Sheriff Search and Rescue team, which found and recovered Xue and her climbing partner, Jennifer Shedden, who also died from the rock slide accident. The fundraiser surpassed its $10,000 goal in just two days.

“We are forever thankful for their brave service and believe this is how Michelle would have liked us to remember her adventures,” the fundraising page said.

Xue was an avid traveler and climber who was enthusiastic about the outdoors. Her pursuit of these passions inspired many, including Daniel Minot, her MSB advising dean.

“She is and was the type of student who inspires me to do what I do each and every day,” Minot wrote in an email to The Hoya. “I was always struck by her passion for exploration, her spontaneity, and her unyielding optimism. There was no challenge too difficult and no obstacle too great – Michelle persevered through everything with a smile and a love for life that was unmatched by her peers.”

This article has been updated to clarify the nature of the rock climbing accident.