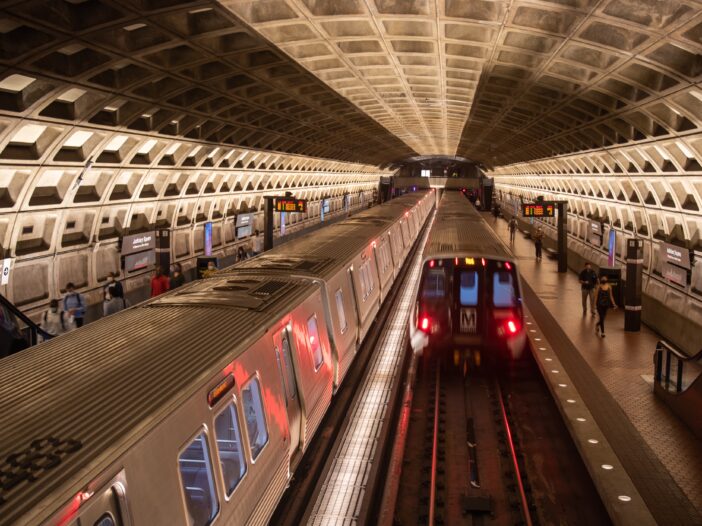 Metro delays will continue through the end of the year, causing transit disruptions for Georgetown University students.

The Washington Metropolitan Area Transit Authority (WMATA) announced Nov. 22 that riders should expect to see continued delays in Metro services following an investigation of the derailment of a 7000-series railcar Oct. 12 that led to a 60% reduction in the Metro fleet. As a result, riders, including students who rely on the Metro for transportation to their internships and jobs, continue to face wait times of up to 40 minutes.

Metro trains are arriving every 10 to 12 minutes at 75% of Metro stations, although increased service depends on an increasing number of railcars meeting appropriate safety standards. Once the 7000-series railcars that were removed for inspections return to standard service, testing will be conducted more frequently to ensure passenger safety, according to a Nov. 22 press release.

For Georgetown students with internships around Washington, D.C., Metro delays inhibit their ability to arrive on time to their workplaces.

According to Margaret Koulen (MSB, SFS ’23), who rides the Metro three days a week for her internship at the Oversight and Reform Committee in the House of Representatives, recent Metro delays have prompted a need to allot more time for transit to and from her internship.

“It’s really hard to gauge if I’m going to be on time to work, because if I miss a Metro, then it’ll be another 20 or 30 minutes, which means I’m usually late to work if that happens,” Koulen said in a phone interview with The Hoya. “I luckily have an office that doesn’t deduct pay or anything crazy like that if you’re late, but it just kinda reflects on you poorly if you show up 30, 40, 45 minutes late.”

Some students, like Trey Di Bona (SFS ’23), who has an in-person internship in the United States Senate, have opted to ride the Georgetown University Transportation Shuttle (GUTS) in lieu of the Metro because of reduced rail services.

“Before the travel delays, I had been taking the GUTS Bus to Dupont Circle and then taking the Metro over to Capitol Hill from there,” Di Bona said in a phone interview with The Hoya. “The closure kind of forced me to rethink that route a bit, so I ended up getting on the GUTS Bus to the Law Center, and that ended up being a more efficient solution, both because it was a more direct line and because it’s free.”

WMATA is attempting to reintroduce each train to service as quickly as possible but remains cautious against prematurely adding trains that have not been properly examined, according to Paul Wiedefeld, Metro general manager and chief executive officer.

“​​While we know service is not as frequent as customers would prefer, we will add each train as it becomes available to help incrementally improve service reliability and frequency,” Wiedefeld said in the press release. “We are intentionally not setting deadlines so that safety and good data drive our decisions, but we are mindful that customers want the best service we can provide as soon as we can deliver it, and we are committed to building back up in phases.”

A return to full rail services would provide more free time without the extended wait times at Metro stations for students with internships, according to Koulen.

“I think it would just make my day a little bit shorter,” Koulen said. “When I leave work, I might get home much later and so I have less time for homework, less time to just relax, because I’m waiting at the Metro stop.”

For other students, like Di Bona, Metro delays have forced them to realize permanent transit route changes that will persist even as WMATA services return to full capacity.

“I’d probably not go back to the Metro, as far as getting back to work goes,” Di Bona said. “The GUTS bus is an efficient option, it’s not a very well-publicized one, but I think it’s probably what I should’ve been doing from the beginning, honestly.”