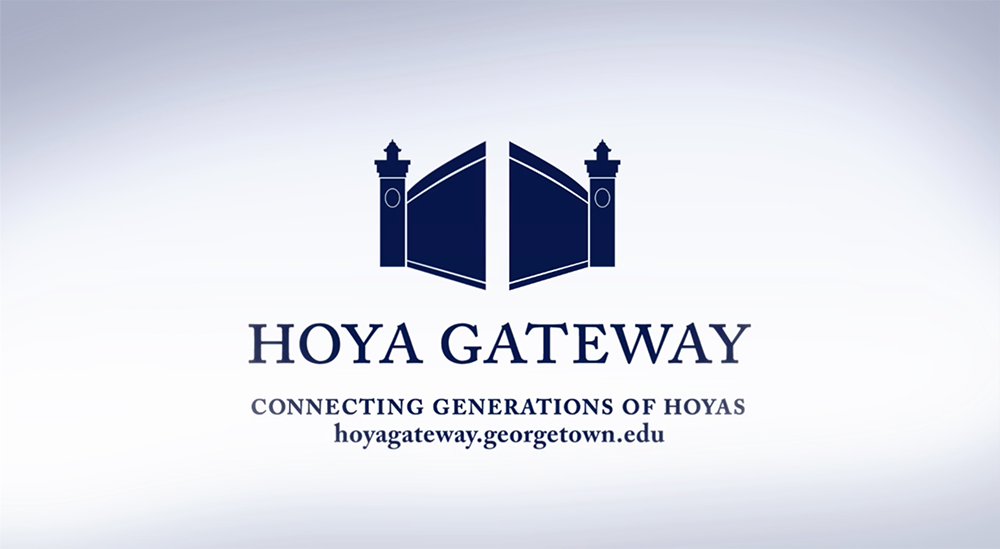 In the second semester of its relaunch, networking website Hoya Gateway has seen a rise in student-alumni connections.

The online platform facilitates one-on-one career-related conversations between students and alumni.  This semester, the platform has sought to establish a higher response rate by maintaining a ratio of one alumni volunteer to every two registered students.

“We are averaging almost four connections being made between a student and alumni every day, and that’s a great number for us,” Kelly said. “That’s a direct result from the switch. That’s almost triple where we were at this point last year with the old platform.”

With just over 2,400 registered student users, Hoya Gateway matches students with alumni based on the compatibility of their profiles, considering factors such as the student’s desired industry, specific interests within an industry and location. First launched in 2013, the program gained access to endowment funds for the first time last year.

Before the relaunch, a student survey uncovered two major flaws with the platform: a poor user experience and a limited pool of alumni volunteers. The added financial support from the endowment allowed the Georgetown University Alumni Association to address the issues and launch a new version of Hoya Gateway on Jan. 1.

Curtis Romig, chair of the Hoya Gateway Executive Committee and chair of the GUAA Clubs Committee, attributed the new design of the online platform to the increase in student-alumni connections.

“Our new online platform, which has both a better user interface and more functionality than our prior platform, resulted in HGP increasing the number of requests by students to meet with alumni volunteers by 75% in comparison to the prior year,” Romig wrote in an email to The Hoya.

GUAA partnered with PeopleGrove, a software provider founded by Reilly Davis (MSB ’12), to increase student accessibility to the platform. A key addition is a group feature, which allows members of pre-professional organizations on campus to engage with former members. The groups can also post updates on their discussion boards and provide resources for their teams.

“We are hoping to use Hoya Gateway as our primary mode of communication with GUASFCU alumni in the future, and are excited to see Hoya Gateway continue to grow,” Kingshott wrote in an email to The Hoya. “It provides many valuable resources for both students and alumni.”

Previously it has been difficult for GUASFCU members to create meaningful connections with alumni, according to Kingshott.

“In the past, it has been difficult for our younger interns to connect with alumni who were in the Credit Union before their time at Georgetown,” he wrote. “The Hoya Gateway group provides an easy platform for current students to contact alumni to request resume reviews, set up meetings, and expand their networks.”

“Now is an important time to get students engaging with Hoya Gateway, as many students — myself included — are looking for spring and summer internships during the next few weeks and months,” Bennett wrote in an email to The Hoya. “The ability to connect with accomplished alumni in a variety of fields can open a number of doors, so it’s very important that more students learn about this tool and its new capabilities after the relaunch.”