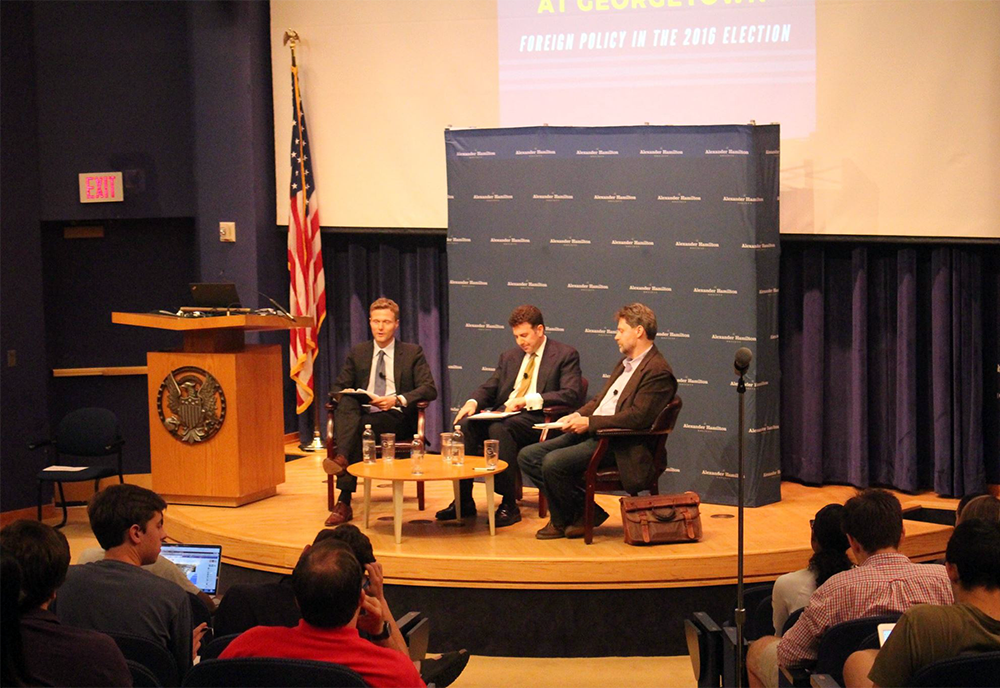 Black men are expected to live almost 15 years less than white men in Washington, D.C., according to a report released last week by the School of Nursing and Health Studies’ department of health systems administration.

The study is the first of three reports in a series analyzing the state of black individuals in D.C. at the request of history professor and D.C. Commission on African American Affairs Chair Maurice Jackson. The report is the result of a year-long project aiming to address issues facing the black community.

“You can have the best health care in the world, but if we’re not thinking about the communities in which people live, we’re not going to see any changes in these disparities,” King said. “The whole purpose of the report is to challenge people to think more holistically about what health really means at the community level.”

Examining the health of black Washingtonians, the report details racial disparities in obesity, mental health and access to food, as well as the disparity in life expectancy between blacks and whites.

According to the study, life expectancy has improved for all populations in the city, except black residents. White males are expected to live almost 15 years longer than black males — 68.8 years compared to 83.2, respectively.

The report shows that clinical care — direct medical attention — accounts for only 20 percent of an individual’s degree of health. The remaining social determinants come from health behaviors, social and economic factors and the physical environment.

“Clean air, sidewalks, safe neighborhoods, access to good education and good economic communities all contribute to our overall health and well-being. This report illuminates the inter-connectedness between a person’s health and his or her life outside of clinical care,” Cloonan said.

The report also suggests potential solutions for policymakers to implement, which require addressing those other social determinants of health. The report suggestions include increasing education around structural causes of poor health, increasing diversity in health care leadership and better integrating mental health care into primary care.

Vice President for Government Relations and Community Engagement Christopher Murphy said the university is already working on ways to implement the report’s recommendations.

“Georgetown is brilliant in conducting research and sharing its findings, but there’s a bit of connective tissue sometimes missing between the university and policymakers, so my colleagues and I are trying to bridge the gap between academia and practitioners so that the research is getting in front of an audience in a meaningful way,” Murphy said.

King said the health care system must be reformed in a manner that focuses on individual needs.

“At the doctor’s office, are we asking you questions about social support at home?” King said. “We need to make sure we have a health care system that’s asking questions about what life is like at home, because we know that hospital and health systems are incentivized to keep people out of the whole system.”

The next two reports, set to be released over the next few weeks, will address issues black D.C. residents face in housing and economics.

“The cost of housing is astronomical, and people will leave because of that. We’ve offered some ideas, but the big idea is to create more affordable housing stock,” Jackson said. “There are many spaces to do so.”

King said professors should emphasize the importance of implicit bias in medical care and in medical education, since it can exacerbate these disparities.

“We’re doing a lot around implicit bias, because there are differences in how patients are treated as a result of race or social class,” King said. “We all have biases, so we’re doing a lot with medical education to make sure that our students are aware of the reality of implicit bias and how it may impact their decision making.”

Murphy said the report has sparked discussion among students and faculty about the role of the city in the lives of black D.C. residents.

“The city is wrestling now like never before with these issues. We’re acutely aware that many communities have so little, despite the prosperity of the city as a whole,” Murphy said. “People are thinking about what it means to be African-American. What really is the state of African-Americans in D.C.?”