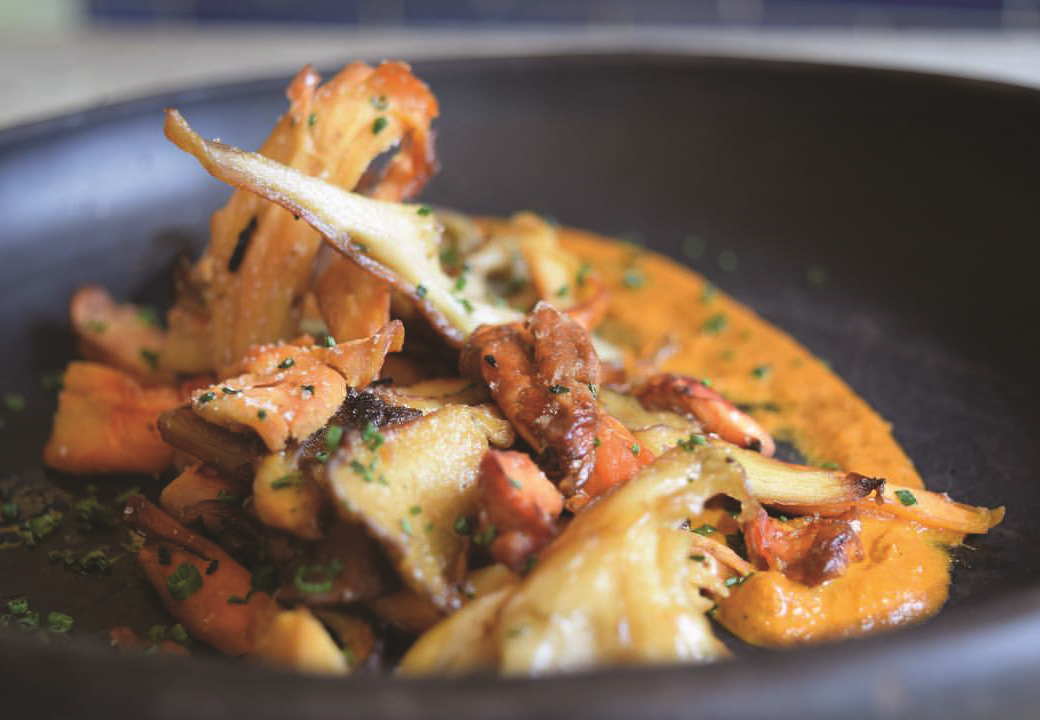 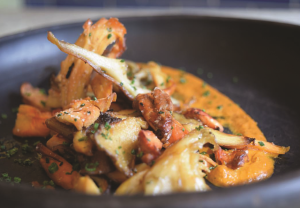 Like other Mexican expatriates in the United States, my yearning for authentic Mexican fare is often thwarted by the gap between serious regional Mexican cooking and Tex-Mex. For those like myself seeking Mexican food without the unnecessary mountains of sour cream and cheese characteristic of Americanized Mexican dishes, Penn Quarter’s Oyamel is a welcome addition to Washington D.C.’s restaurant scene.

Smoothly blending Mexico City’s urban flair with the country’s regional diversity, Oyamel seals the culmination of José Hernandez’s treatment: reinterpreted fiery antojitos, a type of Mexican appetizer, which nevertheless maintains loyalty to traditional flavors. Recently listed as one of the 19 Michelin Bib-Gourmand-rated restaurants that offer “excellent food at a reasonable price,” the eatery, which is frequented by President Barack Obama and his family, has been experiencing a second wind.

Amid orange and gold hedges, the warmth of Oyamel’s ambience is further amplified through an open, blue-tiled kitchen situated between the entrance and a long communal table. Be prepared to listen to the surreal stories that the friendly staff share about serving Obama at least twice a month.

“The Secret Service blocks almost the whole block, and people get really excited to see him come in,” José Serrano, the seasoned head server, said. “They all really enjoy the food, and even though it involves a lot of logistics, they do try to come as frequently as they can.”

The quality of the food, paired with a cheerful atmosphere, attracts both large numbers of newcomers and high-profile regulars such as Apple co-founder Laurene Powell Jobs, Joe Biden’s family, John McCain’s family, U2 and Mexican band Maná.

“People who have never come in before are usually attracted by the outside colors and inside warmth,” Serrano said. “The food is really upbeat, so people tend to come once and just keep coming back.”

My party started off with guacamole ($14) as a table starter. Prepared in a traditional mortar with green tomatillo, serrano chili and crumbled queso fresco, alongside a never-ending supply of fresh tortilla chips, the guacamole served as a creamy, flavorful introduction to a meal that never missed a beat.

Even with vast collection of margaritas ($7.50-$12.50), ranging from orange-infused tequila to grapefruit bitters, sweet-flavored waters were our table’s nostalgic discovery. Tamarind and hibiscus water are a rare find in the District.

Two marinated seafood salads followed as fresh dishes straight from the ceviche bar. An artfully presented sliced Hawaiian wahoo, the “ceviche de Chamoy” ($12) had been tossed in a mango and mulato chilli Chamoy sauce and dusted with a combination of chile pequin and toasted peanuts. It proved superior to the “ceviche con cítricos” ($13.50) of striped bass in pineapple habanero citrus marinade. Served with jicama and Fresno chili, the dish was too spicy for those foreign to peppery foods.

Straying from pepper jack flour quesadillas and other shortcuts, chef Omar Rodriguez’s ingredient-oriented menu is imbued with genuine Mexican folklore while offering a modern twist to culinary traditions. The queso fundido con tequila ($8-10) featured melted Chihuahua cheese flambeed with tequila and accompanied by handmade tortillas. The papas al mole ($6.50) must be shared with the table. These french fries dipped in a mole poblano sauce of almonds, chili and a hint of chocolate are founder José Andrés’ personal favorite.

Oyamel offers an unusual opportunity to sample genuine Mexican culinary traditions. For instance, the chiles en nogada ($12) is an instant classic. Stuffed with pulled pork, pinenuts and apples, the dish is topped in an exquisitely creamy pipe dreams goat cheese sauce and embellished with pomegranate seeds. Similarly, the costilla de cordero a la barbacoa ($18.50) will hail any Mexican back home by offering roasted Pennsylvania lamb chops in a traditional barbacoa broth of cumin and avocado leaves.

Other signature dishes include reinventions of Mexico’s most famous soup, the pozole rojo ($9), and of the legendary Oaxacan specialty, chapulines tacos ($5 each). Since the latter amounts to a blend of sauteed grasshoppers, shallots and guacamole, those hesitant to savor crunchy bugs should still partake in this unique experience while avoiding staring into their plates as they take the first bite.
Some may find the food at Oyamel too urban, trendy and portion-controlled to faithfully convey the soul of Mexican cuisine. However, the restaurant offers various specialties with flavors similar to those one would experiment with at the many street vendors’ booths that crowd the markets of Mexico City or Oaxaca.

Oyamel offers an array of unblemished options for those desiring to delve deeper into Mexican gastronomy. Whoever seeks a more thoughtful take on wholesome Mexican, regional, gastronomy can find refuge under Jose Andres’ wings.