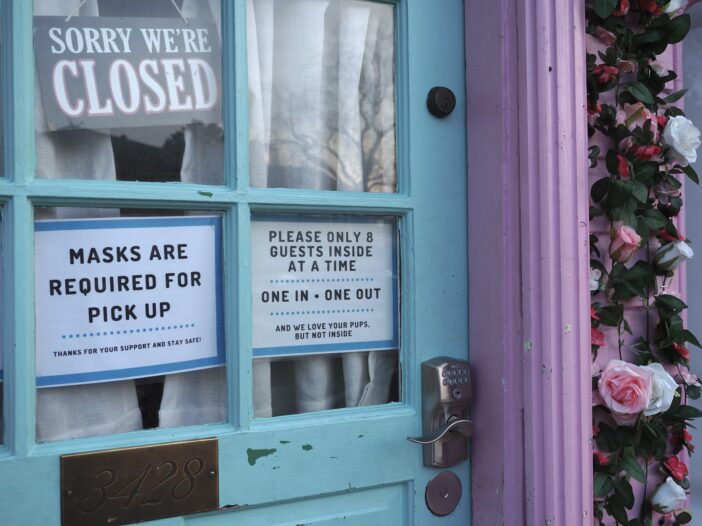 New data from OpenTable, an online service for restaurant reservations, shows that Washington, D.C. diners are returning to restaurants at a lower rate than in most other states.

OpenTable recorded indoor dining levels in the District over the past two months and found that the levels were up to 79% below that of the same days in 2019. Local restaurants have adopted COVID-19 mitigation strategies to ensure the safety of customers in an effort to increase the amount of customers that dine indoors.

Following record-high COVID-19 cases in the District in December and January, reservations for indoor restaurant seats fell daily compared to 2019. Although every state in the United States — with the exception of Hawaii — saw a surge of indoor diners on Valentine’s Day, District restaurants experienced just 2% more sales than the second Monday of February in 2019, the second-lowest rate in the country.

According to Jenn Crovato, the owner of 1310 Kitchen & Bar, a popular American restaurant in the Georgetown neighborhood, the omicron variant proved to be a major setback for diners who were just beginning to feel comfortable dining in restaurants again.

“Business was booming up until mid December, then it took a nose dive when Omicron hit,” Crovato wrote to The Hoya. “All of our events scheduled both at the restaurant or outside the restaurant canceled. The dining room went from reservation only (meaning we were not accepting walk-ins) for both brunch and dinner to almost empty.”

Uncertainty surrounding the number of people returning to indoor dining made it difficult to determine staffing needs for days that in typical years would be very busy, like Valentine’s Day, according to Crovato.

“Valentine’s Day did fall on a Monday this year, but we did 3 times the sales in 2020 as we did this Year in 2022 on the 14th,” Crovato wrote. “We also still have significant reservation cancellation / no show levels (91 this past Saturday night) which makes it incredibly difficult to staff and order.”

Nearly 75% of the staff at 1310 Kitchen & Bar was sick or exposed to COVID-19, which forced the establishment to close for a week in January due to staffing shortages.

District residents who may have started feeling comfortable with dining in restaurants seem to have been discouraged by the rise in COVID-19 cases, according to Crovato.

“If Omicron had not happened, I think we would be much closer to where we were pre-pandemic,” Crovato wrote. “People were just beginning to feel comfortable with going out.”

Juan Dromgoole, director of operations at Chaia Tacos, a vegetarian Mexican restaurant near the Georgetown waterfront, also found that sales plummeted yet again because of the omicron variant this winter.

“We were not necessarily busy, but we were happy with the number of people visiting us every day,” Dromgoole wrote. “Right after Thanksgiving, the number depleted and we noticed how people were just not eating outside their homes again.”

“All of our staff is fully vaccinated. We require everyone to wear masks, gloves, and we sanitize every table during service,” Dromgoole wrote. “We try to be as careful as possible to make sure every person that visits Chaia feels safe.”

Despite the concerning data, there is reason for optimism, Crovato said, as jurisdictions throughout the country begin rolling back COVID-19 restrictions after grappling with the idea that the virus may not become fully eradicated.

“I think dining will increase by April,” Crovato wrote. “We have had an overwhelming number of inquiries for group events. People want to get back out.”