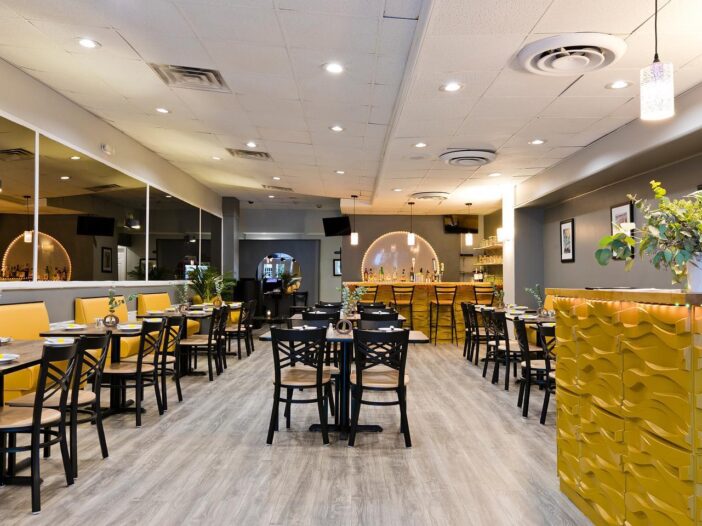 Georgetown Main Street has relaunched its Take Out Tuesday campaign for the second consecutive year.

The 10-week campaign, organized by Georgetown Main Street, promotes small business on Wisconsin Avenue in the Georgetown neighborhood. The return of this campaign comes as restaurants in Washington D.C. have seen a decline in sales because of the surge of COVID-19 cases caused by the highly transmissible Omicron variant. The event kicked off Jan. 25 and highlights two local restaurants each Tuesday, which are asked to offer promotions for takeout orders, such as discounted prices or a free add-on.

“We weren’t thinking that we were going to bring it back this year because things seemed like they were slowing down — we didn’t build it into the budget, and then Omicron hit and we realized that this winter may be just as difficult as last winter was,” Shank said in an interview. “So we decided to not break something or remake something that wasn’t broken, and so we brought it back.”

The surge of COVID-19 cases has financially impacted many small businesses, with 58% of restaurants reporting a loss in more than half of sales this past December, according to a survey conducted by the Independent Restaurant Coalition.

The campaign has been successful so far in increasing traffic to featured restaurants, according to Shank.

Take Out Tuesday was created through a collaboration in early 2021 between Georgetown Main Street and Advisory Neighborhood Commission 2E (ANC2E) commissioner Elizabeth Miller, according to Shank. who was working alongside Main Street America, a nonprofit that works to revitalize historic districts in the United States, according to Shank.

Miller, who worked alongside Main Street America, a nonprofit that works to revitalize historic districts in the United States, said it was important that local residents joined together to provide support to small businesses.

“Georgetown is a special place,” Miller wrote in an email to The Hoya. “Our community looks out for one another and our community includes the full-time residents, the students, the shops, the restaurants, and everybody in between. When we found out our restaurants needed our help, our village mobilized to support them.”

Juan Dromgoole, Director of Operations for Chaia Tacos, a popular vegan taco restaurant in the Georgetown neighborhood, said the rise in COVID-19 cases resulted in reduced sales in the restaurant during December.

“We definitely saw a huge decrease in sales around mid-December,” Dromgoole wrote in an email to The Hoya. “People were simply not eating out, and, if they did, it was just to pick up an order. No one was eating indoors.”

Chaia was one of the two restaurants featured in the first week of this year’s Take Out Tuesday campaign and saw increased sales as a result, according to Dromgoole.

“So much busier than a regular Tuesday,” Dromgoole wrote. “Tuesdays are usually a pretty chill day, but not yesterday! We had pretty busy lunch and dinner rushes. So grateful for everyone’s business!”

Peacock Cafe, another restaurant in the Georgetown neighborhood, was also featured in the first week.

Shank said local businesses are facing even more challenges this winter than they did last year.

“The numbers are pretty startling, just like they were last year, only the restaurants are struggling with a little bit more than they were last year even,” Shank said. “So there’s the staffing shortages, and then there’s the supply shortages, it’s kind of everything is compounding on itself. We just needed to remind the community that these businesses are only going to exist if we support them.”

Georgetown Main Street incentivizes customers to make takeout sales through discounts offered by each business as well as ordering through an online form that enters them in a giveaway for a $50 gift card, according to Shank. This form also allows Georgetown Main Street to track the increase in orders due to the Take Out Tuesday campaign, Shank said.

Take Out Tuesday builds the community between businesses and residents of the Georgetown neighborhood, according to Dromgoole.

“We are able to support each other, lift each other and be each other’s fans,” Dromgoole wrote. “It is incredible what you can accomplish when you have such a great sense of community amongst businesses. What makes Georgetown unique, in my opinion, is having such a great combination of people visiting at all times.”