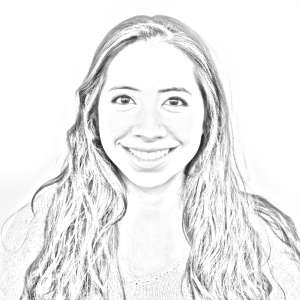 I was cleaning out my room recently when I stumbled upon a little piece of my childhood. Tucked beneath my bed next to my old violin, some mismatched socks and a hoard of broken gadgets was my old Pokemon collection. Being the full-grown adult that I am, my first reaction was to take out the peeling black binder and reminisce over how many epic holograms I had. (I am the proud owner of Blastoise, Charizard and Mewtwo, among plenty of other equally awesome creatures.)

After finding my binder, I spent the next few days foraging through the basement for every single one of the bent, scratched and beaten cards that my siblings and I had thrown into the crevices over the 10 or so years since we last played Pokemon together. I found them everywhere, swamped beneath sacks of stuffed animals and mixed with a giant chest of baseball and playing cards.

Enlisting my friends to help me (or just sit there and put up with my infatuation), I went through hundreds of cards and ordered them by element, rarity, edition, etc. There are a lot more nuances to sorting Pokemon than you think because the fantasy franchise is so enormously complex.

At first, I wasn’t really sure why I was so obsessed with sorting through the loot. It wasn’t about making money off the collection, although it was nice to fancy I could — most of the cards are so battered up that they can’t be worth more than a couple of pennies.

It also wasn’t about playing the game again; to be honest, I was so young when I started collecting that I had no idea how it actually worked. The ol’ Kaufman tradition was to hide the Pokemon cards in the nooks and crannies of drawers, couches and windows and stumble upon them like true adventurers, capturing only the cutest and the fiercest.

For me, Pokemon represents this half-blurred elusive phase in my childhood when I could see a creature on a little plastic square and imagine it into the world with ease. It was a time when seeing the shimmering corner of a holographic card could give me an adrenaline rush and make my day. It was the period of my life when the world seemed 10 times bigger than it really was, and yet I could control it however I saw fit.

It’s this outlandish, childlike way of thinking that I’ve fought to retain over the years. To lose that creative drive would be a shame, because it has made me perceive the world in a broader and more open-minded way.

If you’ve ever tried to say hi to me as I’m walking through campus, you know I’ve probably missed you on more than one occasion. I’ve got my earbuds in and I’m on a mission, oblivious to the majority of passersby.

But what I’m doing on those walks between classes and the ultimate reason I probably won’t see you is a little more loony than that. I have this habit of constantly making up, recycling and fusing stories in my head with whatever fits my surroundings. When I’m walking through Red Square, my favorite daydream is to look out at the space between Copley Hall and the Intercultural Center and imagine we’re at some elite space academy located far into the clouds, and if I walked to the end I’d look not at the flight of stairs to the graveyard but down thousands of feet to the faraway ground instead.

There’s a path in back of the Reiss Science Building with a concrete curb that I still love to walk along, picturing fast-moving water beneath me as I balance on the ledge. In the Georgetown Bookstore where I work, I like to think the storage room in the back, packed high with clothes, merchandise and boxes, is a marketplace in some underground steampunk city.

It seems pretty childish or just plain stupid to be conjuring up such kooky fantasies all the time, but my daydreaming serves two purposes.

Firstly, it lets me get that same nostalgic rush that I felt when I was organizing my Pokemon cards. Sure it’s childish, but I’ll be damned if there’s someone that thinks a walk through Georgetown construction zones is more fun than a stroll through the exploding battlegrounds of an alien invasion.

Secondly, to be able to mentally transport myself into such bizarre places has been a powerful tool on more than one occasion. It helps me pass the time on slow days at work, it calms my mind before a big exam and generally eases my temperament, and it fills up the short time between classes with a wistful happiness that gets me through a rough Monday.

I think everybody needs to work on tapping into this imaginative nostalgia a little more. Even if 99 percent of your brain tells you a toy is a toy and a pencil’s a pencil, it’s worth it to hold on to the one percent that tells you your cowboy doll and spaceman action figure are going to come to life, and that if you think hard enough during class, your pencil will finally levitate.

Sure it won’t really happen, but what’s the harm in asking “what if?” and imagining that it did? What if the world were any other way than it is now? What if you had the chance to change it, even if only you could see the difference?

Your world is whatever you make it to be. For me, I choose to see a little magic in everything, because frankly life would be rather boring if I lost all hope in spotting a UFO or stopped worrying about how I’d escape Lauinger Library in the event of a zombie apocalypse.

At the moment, my Pokemon collection rests peacefully back where it belongs. Perhaps I’ll never live to experience a hidden world like Hogwarts, but for now, I’ll settle with believing in the binder full of monsters just below my bed.