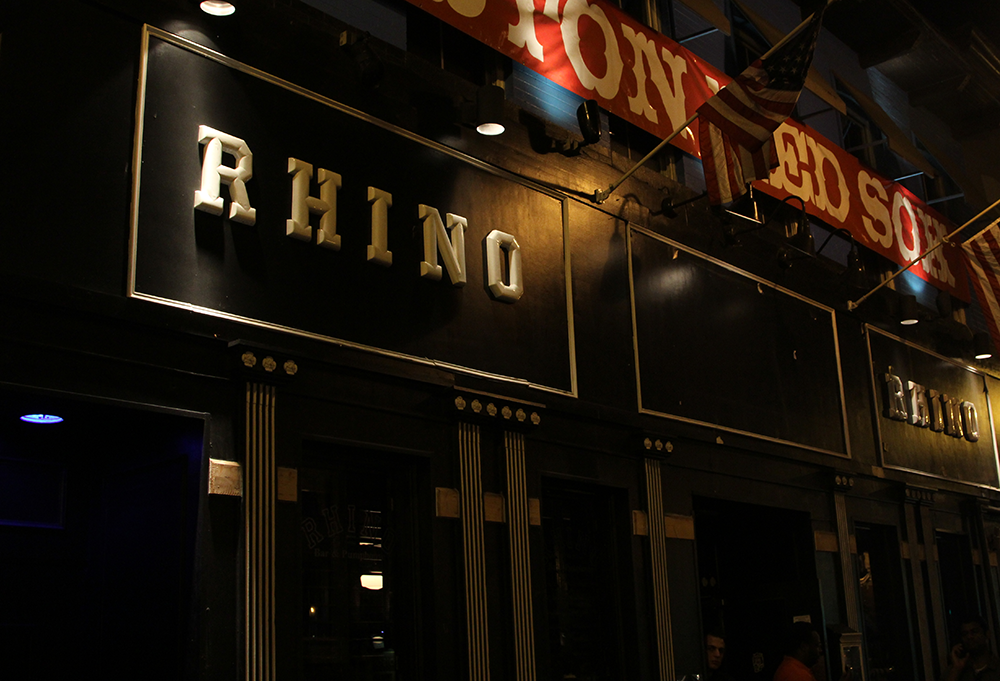 Manager George Kennedy confirmed Rhino is not renewing its lease when it expires at the end of the month, citing the rising rent cost as reason for the closure. The bar is owned by restauranteur Britt Swan.

“The landlords decided to rent it out to somebody else,” he said. “They were asking for more than we could afford. They found someone that was willing to pay that amount.”

Kennedy also said the bar is not looking to relocate.

“This is the end of the establishment,” he said.

Rhino has been an oft-frequented spot by Georgetown students since its opening in 1998. 3295 M St., where Rhino is housed, has been home to a bar since the Shamrock opened in 1952. After the Shamrock’s closure in 1972, Winstons Bar occupied the location until Rhino’s entrance near the end of the millennium.

Kennedy said that a clothing store would take the location of the establishment but could not provide additional details. However, the listing is still available on the website of Asadoorian Retail Solutions, which is representing the property.

Hunter Dougherty (SFS ’15) frequently went to Rhino and said he will miss the bar when it closes.

“Next to [The] Tombs, Rhino was really the last bar catering to university students in the Georgetown area. There was something terribly endearing about that dive bar and it was a fundamental part of the fabric of Georgetown’s social scene,” Dougherty said. “Rhino was the Tombs’ rowdier cousin and the two went hand in hand as the pillars of the university’s bar scene.”

Rhino’s shutdown follows the closure or relocation of multiple bars in the Georgetown area. The Guards shut down in August 2012, The Third Edition closed in January 2013 and was replaced by Mexican restaurant El Centro D.F. and Modern shuttered its doors in summer 2014, replaced in September by Georgetown Piano Bar. Additionally, Mr. Smith’s moved from its location on M Street to the former Chadwick’s space on K Street.

Dougherty spoke to the area’s diminishing bar scene and said it will have a negative impact on Georgetown student life in the neighborhood.

“[Rhino’s] closure leaves university students with even less options in the Georgetown social scene, which has been progressively less accommodating to students as more retail establishments move into the area and M Street becomes a glorified strip mall instead of a neighborhood,” he said.

Underage students frequented the bar, which had its license temporarily suspended for five days by the D.C. Alcohol Beverage Control Board in July 2014 after it was found to have sold beer to an underage student in February 2013.

Michaela (MSB ’16), whose name has been changed because of underage status, said she thinks the closure of Rhino will force more students to host house parties that last longer.

“I’m hoping that people just have more parties that don’t end at midnight or 12:30 because you can’t go to Rhino, but if they don’t, I guess I’ll either be going to bed earlier or people will choose another bar,” Michaela said. “I just can’t think of anywhere that people would go to that all of their friends could get into as well.”

She added that the closing of Rhino could have negative effects on student social life overall.

“It’s going to be a lot harder, I think, for people to have a college experience,” Michaela said.