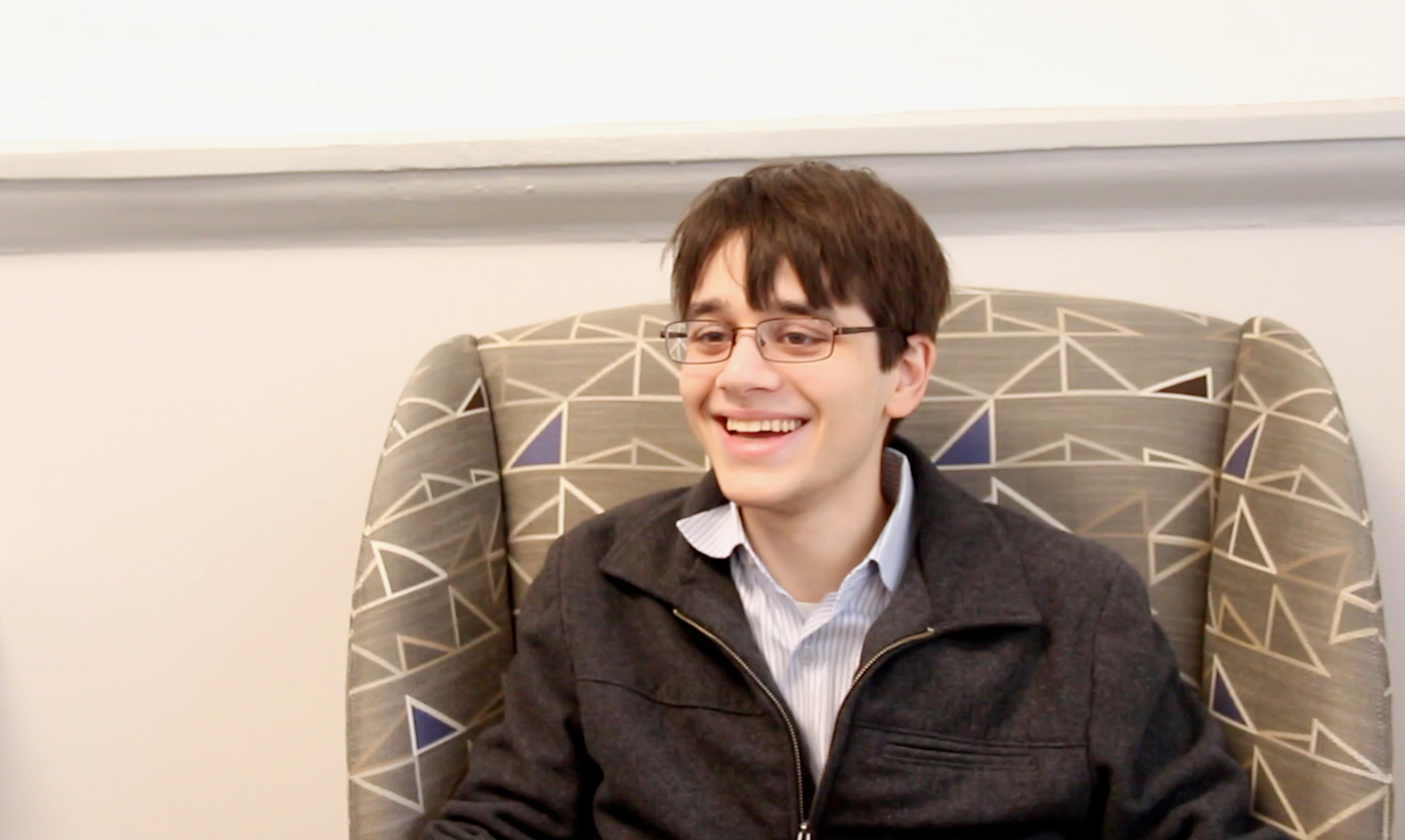 On Nov. 19, James Pavur (SFS ’16) was awarded a Rhodes Scholarship to pursue a Ph.D. in cybersecurity at Oxford University starting next year.

Pavur, a science, technology and international affairs major, was one of 32 American students out of 882 applicants nationwide to receive the scholarship this year, which had a 3.6 percent acceptance rate. Pavur is the 25th student in Georgetown’s history to receive the award, joining the ranks of Georgetown alumnus President Bill Clinton (SFS ’68).

An avid student of computer science, Pavur, serves as the director of information security for Students of Georgetown, Inc. He has also competed and won awards at numerous hackathon competitions where he worked to develop an interface that allows paralyzed or injured people to type, among other projects.

Pavur plans to graduate from Georgetown this fall.

As an ultimate goal, Pavur aims to serve within the U.S. Department of State’s Office of the Coordinator for Cyber Issues and hopes to alter the United States’ approach to the cybersecurity landscape of the future.

In an interview with The Hoya, Pavur discussed his achievement, his commitment to public service and his future in the world of cybersecurity.

This interview has been edited for length and clarity.

Can you describe your first emotion upon hearing about your Rhodes Scholarship acceptance?

I was really surprised that I was the one who ended up winning. There was a whole room full of really incredible people who got invited down there from a bunch of schools and I know there were great candidates from Georgetown, too. And it was just very surprising to me. I very much thought that I had lost the competition after my interview.

You’ve said that one of your goals is to work for the U.S. Department of State’s Office of the Coordinator for Cyber Issues. Why do you think you would want to devote yourself to that particular office and issue area?

Cybersecurity right now is a very militarized area. It exists mostly in the context of the intelligence communities of the world and law enforcement communities of the world. And I think that it’s going to become a more and more important component of our diplomatic strategy and not just in a, ‘we have to extradite criminals or we have stop people from hacking us from abroad.’ But also, I think there are a lot of countries who share similar concerns about organized crime or terrorism in cyberspace and there’s a lot of opportunities for cooperation on cyber issues. I’d really love to kind of work on seeing how the United States can work with our allies and even people who aren’t quite allies but might become them in cyberspace more closely.

To follow that, as you have said that your ambition is to work in the federal government, what does public service mean to you?

The reason that working for the federal government and being a public servant is so appealing is because the sort of work that you do does have a tangible impact on the lives of millions of people. I could work for a startup, and maybe create some really cool product, make a lot of money and then kind of run off to a mansion, but there’s so many tough challenges that need to be solved in the public service space and I think that’s where our future is going to be determined over the next century, in cyberspace, and it would be great to play a part in that.

Rhodes Scholars are chosen, at least partially, on the basis of achieving great things for humankind throughout their lifetimes. Do you feel ready for all of the years ahead?

No. Achieving great things is a really, really high bar. There’s a lot of work to be done in cyberspace. I think that there are a lot of great things that will be achieved, and I’ll definitely give it my best shot, but just to be able to play a small part in that would be incredible.

Do you have a favorite book, what is it and why?

I would give a very, very strong vote for any of the books in the Narnia series as a favorite. They’re a lot of fun to read. They kind of follow each other quickly. If I had to choose a favorite book from the Narnia series, it would probably be The Silver Chair, which I think is the sixth book in the series. And, I just really like — there’s a character in that, that is always very gloomy, very cynical, very depressing and I love him, his name is Puddleglum, I think — best character in literature. And that’s not the high War and Peace answer you might expect, but C.S. Lewis is great at writing.

Do you have a hero?

I don’t know. There are a lot of really inspiring people in my field and in the area that I’m interested in and I hope to kind of achieve a lot of what they have achieved. I think that my hero is kind of a nameless person who’s been working within the intelligence community, and who has been working within cybersecurity for the past 10 years, 20 years and doing some of the really groundbreaking work that I’ve kind of been exposed to peripherally, but isn’t public information. I think that there are some incredible people who have been leading the way and hopefully I’ll get to meet them in my experience.

What is something that most people wouldn’t guess about you?

I really like tea. As a hobby, I like collecting tea, ordering it from abroad. When the tea catalogues come out, it’s like Christmas for me. There are all kinds of specific tea suppliers, I get excited about what country the tea will come from, years the tea was harvested in. It’s like anything, if you kind of get into it enough, there’s this whole world that kind of opens and people are kind of obsessed over it. Tea is kind of my thing.

The big thing for me has been kind of focusing on things I like to do. When I was a freshman, I was very much, ‘I have to do everything, I have to commit to a bunch of different things.’ And, it’s very hard to do something halfway, and it’s extremely hard to do something halfway and do it well. And I think that focusing in on your core interests as early as you find them and not being hesitant about pursuing it would be the advice I’d give me.  I wish I had started coding more aggressively the moment I came to Georgetown. There’s such a great community of people here who know programming and they’re not as visible as maybe at some tech schools, but they’re there and I wish I had gotten them earlier.

If you knew the whole world was listening, what would you say?

That’s a tough one. The future’s exciting, and I think that we should dive in headfirst into it, but we should be a little careful about it. I think cybersecurity isn’t just about fighting hackers or spying on communications, it’s really about taking all of this magical, incredible stuff, all the [interview] cameras that are recording me right now, all of the lights in this room, the connections that allowed me to apply for the Rhodes Scholarship online. There’s just so many, basically magical things around us, and I think cybersecurity is about letting us enjoy that magic safely.