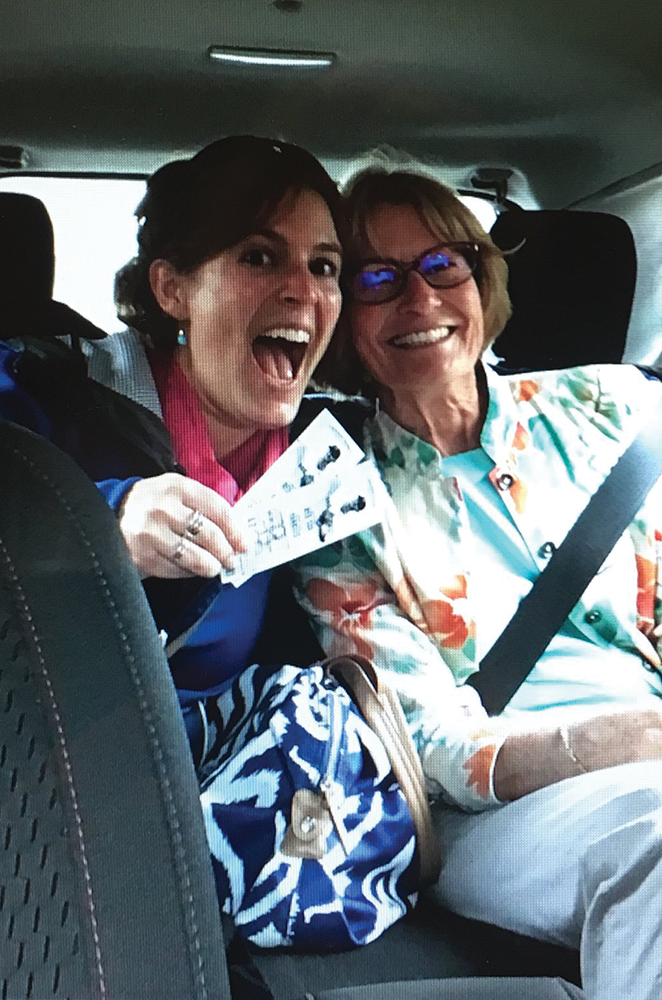 Safr, a new app focused on safer ride-sharing for women, will expand its network to the Washington, D.C. area this fall, following its launch in Boston last year, according to a press release from the company.

While both men and women are allowed to sign up to become a driver or a rider, the app offers riders and drivers the option of selecting a gender preference for their counterparts.

The company had initially planned to create a women-only platform, Chariot for Women, but potential legal obstacles due to state and federal anti-discrimination laws led to the creation of Safr’s current business model, which serves both female and male passengers.

In addition to allowing riders to choose the gender of their driver, the service seeks to create a safer experience for women by completing comprehensive background checks of drivers.

The app was created in response to complaints against Uber’s lenient background-check policy and failure to monitor drivers for violent or inappropriate behavior once hired, according to DCist. Two women anonymously filed a lawsuit in 2017 against Uber claiming that “thousands of female passengers have endured unlawful conduct by their Uber drivers,” according to its text in a Washington Post article.

The lawsuit is one of many complaints directed at Uber connected to the larger concern that the company is prioritizing profit over the wellbeing of its clients, according to a Boston Globe article published Jan. 26, 2017.

All potential drivers must complete an extensive criminal background check and inspection of their vehicle, as well as interviews with representatives from the company, according to the app’s website. If hired, the drivers must also undergo a safety training session.

A “color-matching” feature within the app, created to ensure proper rider-driver verification, assigns both riders and drivers a color that they must confirm at the start of the ride. The app also includes an SOS feature, which allows the user to contact Safr headquarters, the police or a pre-designated emergency contact in the case of an emergency.

Safr CEO Syed Gilani hopes that Safr will transcend the role of a company and rather function as an extension of daily life.

“Safr aims to be a lot more than a rideshare company,” he wrote in an email to The Hoya. “We are not competing against other rideshare, we are only providing an option for safe transportation to women everywhere.”

Safr drivers are paid more than those working for other ride-sharing services such as Uber and Lyft, according to a DCist article. However, riders are charged 15 percent more than a typical UberX price.

Gilani explained that his company is committed to equal opportunity through its focus on empowering women’s voices.

“Women are not generally given even playing field when it comes to workforce growth and earning potential,” Gilani wrote. “In the rideshare economy, most women drivers only prefer to drive during daylight hours due to their safety concerns which significantly reduces their earning potential in addition to experiencing earning gap/hour vis-a-vis men. Women [also] earn more with Safr as Safr takes only 20% commission vs 35% with other rideshare in certain cases.”

In addition to the service coming to the District, the service will also be available in Atlanta, Dallas, San Francisco and Orlando, Fla., later this fall.

The shuttles, available from 8 p.m. to 2 a.m. Sunday through Wednesday and from 8 p.m. to 3 a.m. Thursday through Saturday, service West Georgetown, Burleith and M Street. Burleith resident Eva Lucchino (COL ’19) said that the SafeRides service has some limitations.

“SafeRides has a limited range within the Georgetown area with specific pickup spots, so it’s not as convenient as an app,” Lucchino said.

Lucchino said that an app like Safr offers more expansive services than SafeRides.

“I think it’s valuable that people can choose who they are interacting with when getting a ride home after a night out,” she said. “As SafeRides is run through GUPD, using that service could make members of the Georgetown community feel unsafe when going home because they are required to interact with the police.”