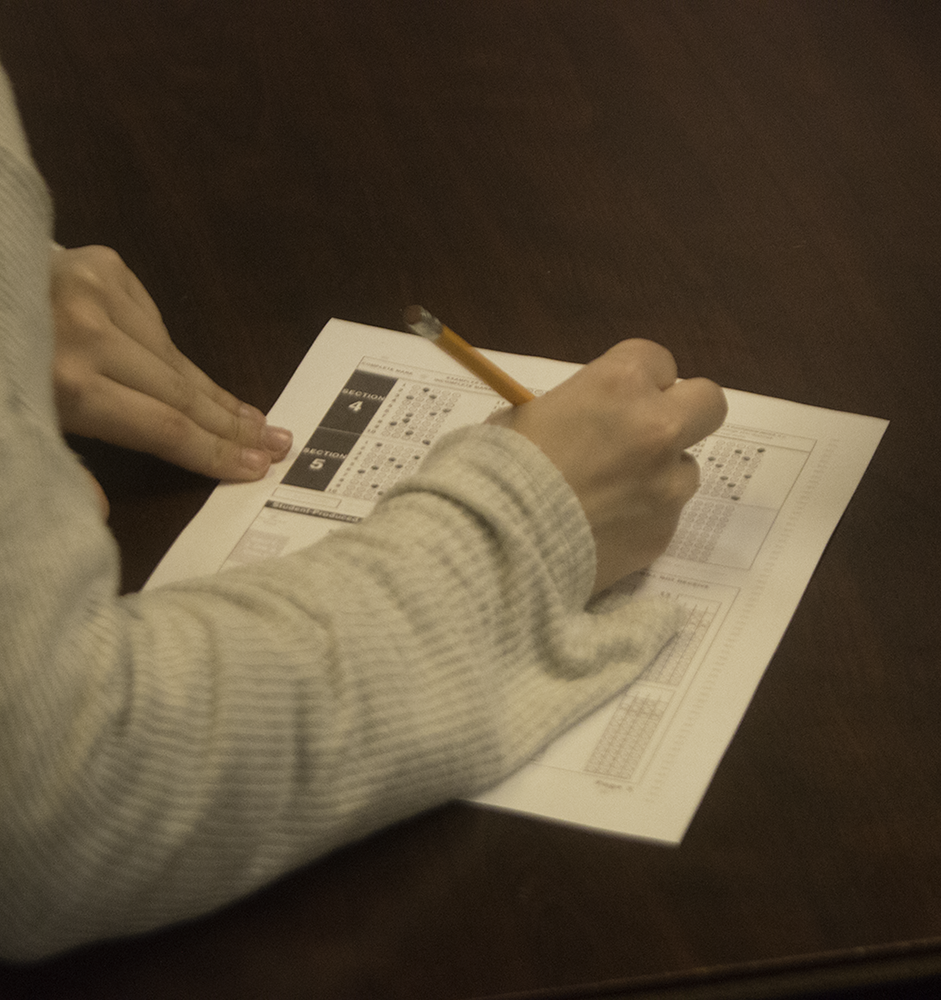 The redesigned SAT is yielding higher average scores than both the old SAT and the ACT, according to Dean of Undergraduate Admissions Charles Deacon (COL ’64, GRD ’69).

Released in March 2016, the new SAT tests students on more curriculum-based content, combines reading and writing into one 800-point section and makes the essay section optional. The point distributions for the verbal and math sections on the new SAT still each range from 200 to 800, together constituting a 1600-point scale, rather than the previous scale of 2400.

After compiling the initial scores, the College Board released concordance tables translating ACT and old SAT scores to their new SAT equivalents. According to the tables, medium scores of 500 on old SAT sections translate to scores of 530 on the verbal and math sections of the new SAT.

The 30-point increase represents a larger nationwide surge in SAT scores, which partially accounts for the growing number of students applying to Georgetown and other elite universities, according to Deacon.

In total, 22,897 students applied to Georgetown’s Class of 2022, and 3,327 of them were admitted. The applicant pool is the university’s largest ever, breaking the previous record of 21,459 applicants set last year, according to university documents provided by Deacon.

“The scores are much higher, which means more people have moved toward the top and therefore see themselves as being in the running for these tops schools,” Deacon said.

Deacon said that the university’s specific admission policies, which include a Georgetown-specific application and three recommended SAT subject tests, have historically kept its application rate lower than that of similar-caliber schools. The size of Georgetown’s applicant pool remained steady between 2012 and 2016 and only began rising after the new SAT was introduced in March 2016.

“We don’t know for sure why our pools have been going up in the last two years, but it certainly statistically tracks with the up increase in the SAT,” Deacon said. “The correlation between our jump in applications and the test scores is pretty clear.”

The SAT scores of recent applicants to Ivy League schools mirror this upward trend. The percentage of freshmen who scored between 700 and 800 on the verbal and math sections of the SAT has increased steadily each year following the release of the new SAT, according to their Common Data Set information.

Deacon said that the general increase in SAT scores has led even more students to take the SAT over the ACT, a choice that pushes them toward top-tier schools.

“The most competitive colleges have primarily used the SAT as their triaging tool for the admission pool because it has more points than the ACT,” Deacon said.

“Because more and more people are falling into that narrow range of top schools, there’s an increasingly reasonable chance that they’ll get into lots of schools because their numbers are high, so now we’re going through a period of having to predict yield,” Deacon said.

As more applicants cluster to the top, high test scores do not carry as much weight in the admissions process, which has subsequently become more holistic.

“Whereas testing used to be one of the things you could use to triage your pool, personal qualities now become even stronger because more people are meeting the high end,” Deacon said. “The whole person becomes a greater differentiating factor.”

Nonetheless, Georgetown applicants with high scores on the new SAT were more likely to be admitted than their peers. Students in the last application cycle who received perfect scores on their verbal and math sections had admit rates of 46 percent and 32 percent, respectively. For applicants who scored between 600 and 649, the chances of admission dropped to 8 percent and 6 percent, respectively.

Deacon also emphasized the continued weight of SAT subject test scores, or the SAT II, in the admissions process.

“We still encourage three SAT IIs, which are much more predictive than anything else,” Deacon said.

However, an increase in test scores among first-generation college students is a positive outcome of the new SAT, Deacon said.

“A subset of that population scoring higher on the SAT — the first-generation, low-income kids — did much better and probably benefited even more from a curriculum-based test than say, kids who went to elite schools in Manhattan,” Deacon said. “And we talk in terms of upward mobility as being our goal.”

The growing applicant pool has helped positively shape the university’s student body, according to Deacon.

“I’m happy about our pool being higher,” Deacon said. “I truly do think it is the most competitive, and it’s probably more interesting of a student body because personal qualities did play an increased role.”