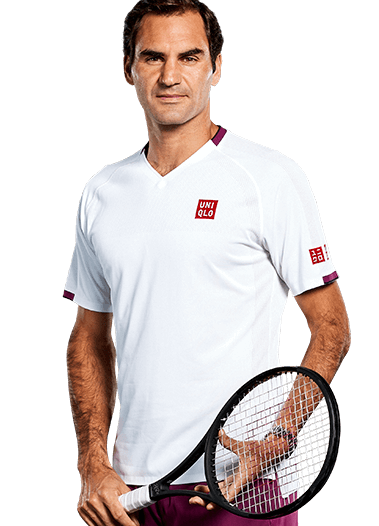 He might not be the greatest player ever, but Roger Federer undoubtedly retired as the most legendary player in tennis.

In the July 2021 Rolex commercial “Numbers Don’t Matter,” the narrator declares, “whatever the scoreboard says, his legend can only grow because, in time, Roger Federer’s legacy will prove more perpetual than any number.”

The ad sparked controversy on Twitter in 2021, as many tennis fans pointed out the arrogant and delusional nature of the eloquently phrased tribute to Rolex’s brand ambassador. After all, numbers are the only objective metric to measure success in sports. However, Federer would prefer to ignore that as his two greatest rivals, Nadal and Djokovic, erase more of his records with each passing year.

The minute-long montage, however, never called Federer the greatest player, simply arguing that the numbers don’t do justice to Federer’s elegance before, during and after his matches.

To this point, there is little dispute among fans, players or any observer privileged to have witnessed Federer’s skill, effortless athleticism and tactical brilliance blend together on the court. There are no words that do justice to Federer in the same sense that a description of a magic trick will never evoke the same feelings of disbelief as an in-person magic performance.

As David Foster Wallace described in a 2006 New York Times article — perhaps the closest a journalistic piece comes to encapsulating the “Swiss Maestro” — Federer has shattered every physical limit on his way to becoming an unprecedented superstar. He so often creates these jaw-dropping moments by finding the most mind-blowing angles never before thought possible.

Growing up in the Federer era, I will never doubt his iconic presence. As a child just getting into tennis, I was enthralled by his aura, along with a whole new generation of young tennis players, including Carlos Alcaraz, who were inspired by a man revolutionizing a game with an extraordinary playing style. However, Roger Federer’s blistering one-handed backhands and flawless forehand technique were only a fraction of his appeal.

The 20-time Grand Slam champion glided around the court like Michael Jackson moonwalking on a dancefloor, and he did so while looking like a royal prince on Wimbledon Centre Court in his golden Nike vest and bandana. Federer was the epitome of beauty in every aspect. He could compete for hours and seemingly not break a sweat, always appearing poised and unfazed.

That unparalleled skill helped him amass a record of 247-15 during his prime from 2004-2006, record the most consecutive weeks ranked No. 1 (237) and reach all four Grand Slam finals in a single season three times in his career.

But once a match concluded, viewers witnessed the real Federer — someone who was down to earth, gracious in defeat and victory and courageous enough to display his emotions to the world.

The only critique one could dare to place on the most beloved man in Switzerland is his inability to win some of the most pivotal matches of his career. Federer has lost over 20 matches in which he held a match point, including his final doubles match at the Laver Cup Sept. 23.

Most notable of those “chokes” was the 2019 Wimbledon final against Novak Djokovic. The four-hour, 57-minute affair, which came down to a fifth-set tiebreak after Federer squandered two championship points on his serve, was a fairytale-turned-nightmare for Federer on Centre Court.

That year, Federer remembered how he held back tears during the trophy ceremony before finally breaking down in the locker room. We have seen Federer in tears numerous times, as he has cried both out of joy and anguish after countless Grand Slam finals. Federer’s vulnerability and frequent letdowns remind us of his humanity and, in turn, paint him as a more embraceable idol.

For as long as I can remember, Federer has been a staple of the tennis world and someone who has helped me grow into a better player and human being.

Although he is finally hanging up his racket, Roger Federer’s legacy will forever live on. Tennis fans should remember him as the most legendary player to ever step on the court.

Robbie Werdiger is a junior in the College. Causing a Racquet appears online every other week.