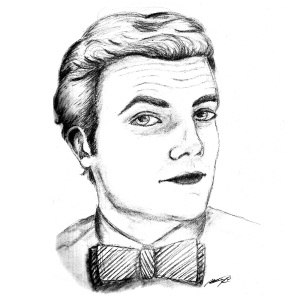 This week, as I opened internet explorer — I’m a profoundly late adopter of technology — I saw several online news articles complaining that Brendan Eich, the CEO of software company Mozilla, had been targeted and criticized for his moral, political and perhaps even religious beliefs. As the drama unfolded and Eich resigned his position, many of my fellow conservatives claimed that Mozilla had made a terrible error by allowing him to step down.

But real conservatives would do well to look at Eich as an embodiment of one of our favorite concepts, the free market. Ultimately, Eich was forced out for his incompetence as an executive, not because of his beliefs or political activism.

Corporate America is a place where many of the best executives are highly successful in blurring the line between business leader and celebrity. Real estate mogul Donald Trump is a household name, and thousands of ambitious undergrads in the country have been “leaning in” to reflect the know-how of Facebook Chief Operating Officer Sheryl Sandberg.

It is important for a company to have a public face that is likable, or at least one that doesn’t undercut business. Eich actively hurt Mozilla and was particularly unpopular with the young, technologically savvy demographics to which the company tries its hardest to appeal. When a CEO’s first weeks are so graceless and embroiled in controversy, a business needs to re-evaluate the decision to appoint such a person. A company like Mozilla wants no part of culture wars and would see no benefit to having a CEO so closely aligned with the losing side of such a battle.

Mozilla made a purely rational business choice in forcing out Brendan Eich.

Interestingly, there are plenty of situations where executives can involve themselves in politics, particularly conservative politics, without becoming so polarizing that they become impossibly bad choices for leadership. Carly Fiorina, Meg Whitman and the aforementioned Donald Trump have all been Republican candidates for public office and all have maintained respected careers in the business world after their dalliance with public service.

Meg Whitman is perhaps the most striking of these figures because of the clear parallels between her experience and Eich’s. As a candidate for governor of California, Whitman said she would defend Proposition 8 and therefore not support gay marriage. Despite holding the same position on marriage equality in the same state as Eich, Whitman was able to parlay her loss into a job at Hewlett-Packard Co, a company that, if anything, is more successful than Mozilla.

There are strong reasons why Whitman was able to succeed as an executive where Eich could not. Whitman crafted a nuanced defense for her thoughts on gay marriage and had a large political persona outside of her stance on LGBTQ equality. Eich, by comparison, is associated with only one issue. Whitman also was open to changing her position on marriage. No longer running in a conservative Republican primary, private citizen Meg Whitman signed on to a “friend of the court” brief that supported the rejection of Prop 8 and the extension of civil marriages to all residents of California. When Eich was confronted with the unpopularity of his beliefs, he offered an equivocal statement about how much Mozilla valued LGBTQ users and employees. This blundering maneuver only made Eich seem further out of touch. It sealed his fate as a failed executive and the markets worked their magic on clearing him out of power.

Conservatives should learn from the differences between Eich and Whitman and apply Whitman’s positions to the party at large. While it seems unlikely that Whitman’s change in position was brought on by a principled change in beliefs, such principle is largely irrelevant on the politics of this issue.

If we, the Republican Party, fail to learn the lessons of Brendan Eich’s firing, we have far more to worry about than culture wars. We are liable to becoming the next losers in the merciless marketplace of ideas.

Tim Rosenberger is a sophomore in the College. This is the final appearance of THE CHURCH AND STATESMAN this semester.