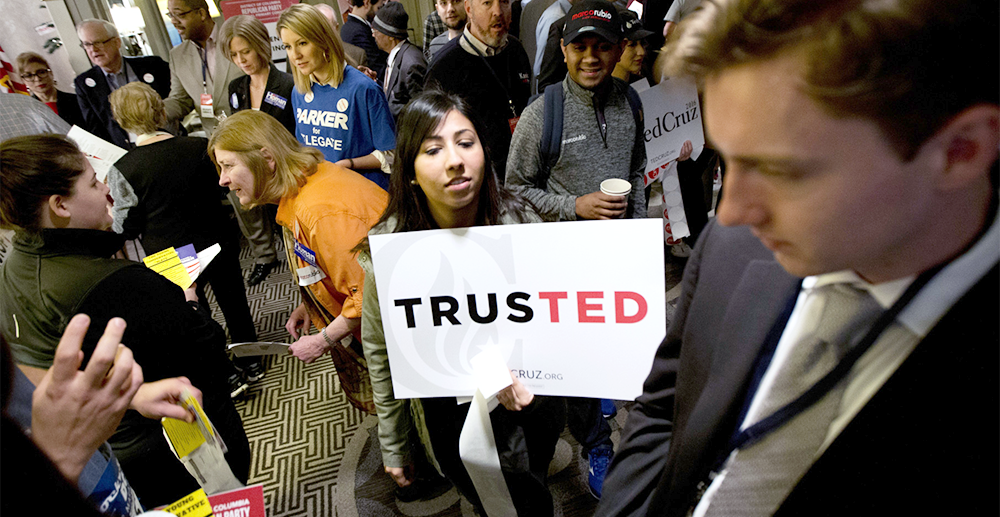 Despite his win in the District, Rubio suspended his presidential campaign March 16 after losing the primary in his home state of Florida to Donald Trump.

The D.C. primary is potentially the city’s most important in years as a step in building momentum for candidates other than Trump, who leads in numerous other states but lacks strong support in the District. The primary also allocated the city’s 19 delegates earlier than in years past, giving D.C. voters an opportunity to make more of an impact in the nomination process.

The District is largely Democratic, with only six percent of the city identifying as Republican.

“Typically D.C. has fallen too late to make a difference,” Packer wrote in an email to The Hoya. “This year all states matter. And if it comes down to a delegate battle on the floor every set of delegates will matter.”

The four candidates still in the race prior to the D.C. primary — Rubio, Trump, Sen. Ted Cruz (R-Texas) and Governor John Kasich (R-Ohio) — competed for 19 delegates, 16 of whom were allocated proportionally to candidates who gained more than 15 percent of votes. The remaining three delegates were allocated though plurality to the candidate who received the majority of votes.

Trump and Cruz received substantially less support, with 13.8 and 12.4 percent of the vote each. Neither secured delegates from the District. Others on the ballot, who amassed under one percent of the votes, include former candidate Ben Carson, former Governor Jeb Bush (R-Fla.) and Sen. Rand Paul (R-Ky.).

Packer attributed the increased support for Rubio in the area to D.C.’s demographic makeup, citing the District’s entirely urban location and its residents’ high overall level of education.

“D.C. is more like a big city than a state. Most states have cities where Rubio did well. Others have done better in rural areas. D.C. doesn’t have suburbs or small towns. So it was tailor made for Rubio,” Packer wrote. “The D.C. electorate is far more educated than other places. He wasn’t really competing with either Cruz or Trump there. He had the field to himself and was far more organized than anyone else here.”

The 2016 primary also saw less overall participation with 2,839 voters compared to 2012, in which nearly 6,000 voters cast their ballots. Party leaders attributed the decline in turnout to the constraints of having a single downtown location for Republican voters to cast their ballots rather than several locations spread throughout the District.

“I was overjoyed that Rubio won something. None of us with the campaign were surprised with the result though because he had performed so well in Northern Virginia,” Williams said. “Voters in D.C. are less inclined to be swayed by demagoguery.”

Georgetown Students for Rubio board member Hunter Estes (SFS ’19) agreed that voters in the District show uniqueness in their experience and exposure to the political climate. Estes further underscored D.C.’s unique position as the center of the nation’s politics as a factor in its propensity to favor establishment candidates such as Rubio and Kasich.

“I think the majority of Republicans who live in D.C. are Capitol Hill staffers, pundits, journalists and other politically minded workers,” Estes said. “The people showing up to vote were not ones who were won over by the messages of Trump or Cruz. Those two candidates have waged war on the Beltway class, and in this primary we saw that very class naturally rejecting them in favor of more establishment-oriented candidates.”

Estes emphasized the importance of Rubio’s win, despite the former candidate’s decision to suspend his campaign.

“We were very excited to have seen the results coming out of D.C. In this race we knew that every delegate was going to count heading into the convention. And every win is important for the sake of momentum,” Estes said. “We hoped that what we saw in D.C. would correlate into a national trend in the upcoming primaries as well. However, that didn’t manifest itself, unfortunately.”

Though Estes expressed pride in Rubio’s District victory, he also articulated the disappointment Rubio supporters feel in light of the presidential contender’s decision to withdraw from the race.

“Without a doubt I strongly believe that Rubio would have been one of the greatest presidents we would ever have. Unfortunately it doesn’t seem that his time has come in this cycle,” Estes said. “But he’s a young man with a bright future, and I looked forward to the incredible things he will do with his time moving forward. I fully believe that one day Marco Rubio will be our president, and I will be honored once again to stand with him then.”

Williams echoed Estes’ sentiments, speculating some Rubio supporters may disengage from the 2016 election process as a whole.

“Now the GOP is left with a field of uninspiring, pessimistic candidates. Many Rubio supporters feel lost now, with no choice but to abstain from voting due to a lack of any reasonable or desirable candidate whose values align with theirs,” Williams said.