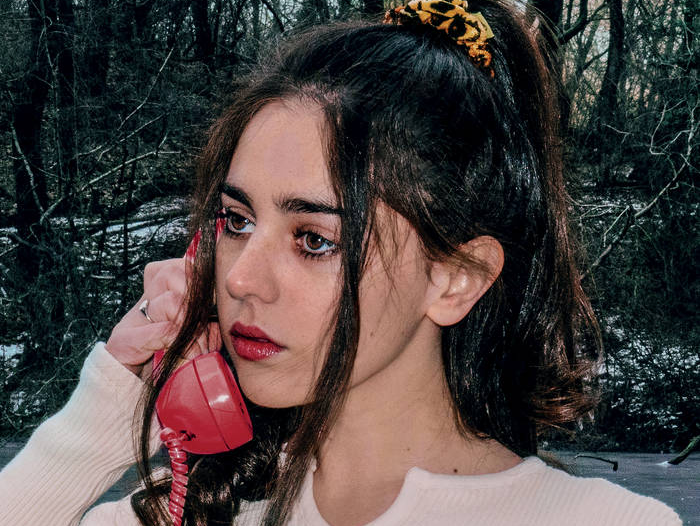 Indie singer Samia Finnerty’s “The Baby” was not written about coming of age during quarantine, but somehow the description fits perfectly.

Samia’s debut captures the nostalgia that accompanies the years between childhood and young adulthood, of wishing to be close to people while growing accustomed to our own loneliness at the same time. “The Baby’s” message resonates when applied to today’s state of affairs — when has simply needing people been as imperative as it is now?

“The Baby” is the New York-based singer-songwriter’s first full-length album, coming together after  sporadically released singles since 2017.  Samia has always been a tenacious, ambitious artist, even faking a manager’s email address as a teen in order to book herself shows. Now, both her motivation and youthful fears shine through in “The Baby,” with songs that effortlessly shift between the excitement and the unease of growing up and confronting one’s loneliness.

Album opener “Pool” immediately stands out as a thesis on the fleeting moments of young adulthood. The track begins not with Samia’s voice, but her grandmother’s, calling back to childhood in a lilting Arabic song. It is the last voicemail she received from her grandmother before her passing, according to the artist. This heartfelt opening slowly drifts into a pensive, quietly fearful scene of the speaker and another person in the pool at night. Samia’s vocals are clear and haunting. The backing rhythm pounds like a heartbeat as she sings about leaving her last moment with her grandmother, her voice becoming more urgent with each question.

The anxious mourning of an already-lost moment morphs into immense confidence in one track’s time. In “Fit N Full,” the speaker is ready to show off her body, feeling perfectly comfortable getting naked in public.

“Only getting hotter as I sweat / I have never really been upset / Just hollow and amazing,” Samia sings over sunny, indie-rock chords and a fast-paced drumbeat.

It is the most fun song on the album, the kind of song you want to wildly dance to on top of a table, reveling in the freedom and exhilaration of the moment. However, there is also an underlying reference  to the scathing culture around women’s bodies and self-image, especially in young adulthood, that Samia tries to counteract in the overblown confidence of her speaker.

Though the album’s instrumentation is not flashy, it provides a solid foundation for Samia’s confessional lyricism and vocal talent to shine on every track. Samia’s voice, at once mournful and bright, carries the album through it’s emotional highs and lows. The steady strength of her vocals in the joy of “Fit N Full” condenses into something soft and sweet in the self-destructive “Triptych.” Inspired by the tumultuous relationship of the painter Francis Bacon and his lover George Dyer, Samia ties her own destructive relationship to Bacon and Dyer’s painful end, beginning with her lone vocals over an acoustic guitar riff and slowly building to an instrumental crescendo as she meets her own lover.

While Samia’s need for other people, however destructive it may be, is in full force in “Triptych,” “Big Wheel” takes a more reflective approach to relationships.

“God, I’m really gonna blow / With all this empathetic shit / I understand the thing you did / And every reason you did it / But I’m so mad dude / And I wanna cry,” she sings, her voice smooth and steady despite the emotional confrontation.

Samia drifts across the world, from her “big wheel in Montana” to “an old friend in Japan,” rethinking past conflicts in her relationships and retroactively confronting her frustrations over a strumming guitar that keeps the song upbeat.

The closing track, “Is There Something in the Movies?” features both the singer’s delicate falsetto in the second verse as well as her anguished, painful near-howl near the end of the song. Originally the album’s first single, this sorrowful closer moves sharply away from the cheerful and bouncy preceding songs “Minnesota” and “Winnebago;” its stripped-down instrumentation and production leaving just Samia’s voice and her acoustic guitar. The last line, “You can have it all, baby, I’m giving it up” seals the album closed on a dramatic, rightfully cinematic note that leaves listeners eager for more.

“The Baby” impressively shifts through all of the messy, contradictory feelings surrounding growing up. Her vulnerable lyrics are not unlike those of Phoebe Bridgers or Soccer Mommy, but Samia’s strong, versatile voice is distinctly her own. By the end of the album, Samia’s vulnerability has allowed her to embrace the idea that independence does not mean you do not need others, but rather, that you are allowed to lean on people.