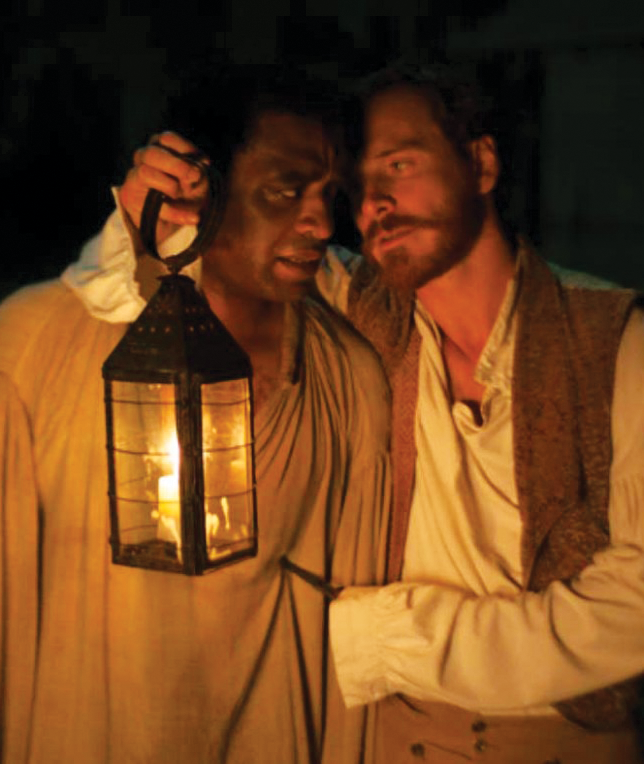 Watching 12 Years a Slave, the new film from Steve McQueen, I sensed a kind of familiarity. Less than a year ago, Django Unchained and Lincoln brought me to similar setting: a divided, mid-19th century America in which slavery refuses to die. Released so soon after these two acclaimed films, 12 Years a Slave is neither redundant nor derivative. While Django and Lincoln revealed the time period’s brutality and racism, they did not focus solely on the institution of slavery. McQueen’s new film unflinchingly examines the inhumanity of slavery like no other film I’ve seen. Startling, poignant and authentic, 12 Years a Slavetriumphs, not only as a snapshot of this country’s darkest time but also as an outstanding cinematic achievement.

The film follows Solomon Northup (Chiwetel Ejiofor), a black violinist who is kidnapped and taken away from his home, family and freedom in New York. He protests, explaining his right to be free, but his captors force upon him the new identity of Platt, a Georgia slave. Sold into slavery and unable to prove his freedom, Solomon learns he must hide his true self if he wants to survive.

What’s perhaps most gripping about the film is how it captures the savageness of slavery. There are gruesome scenes of torture, but there are also some scenes in which the brutality occurs in the background or even right outside the frame. In both cases, the camera remains still, sometimes for extended periods, as if it is unaffected by the cruelty outside of the screen. This choice by McQueen creates an extremely unsettling effect for viewers, who transform from moviegoers into helpless witnesses.

Much of the film’s success can also be credited to its cast. At the helm of the film is Ejiofor, a three-time Golden Globe nominee, who gives Solomon immense moral strength and emotional complexity. Lupita Nyong’o, making her American film debut, shines as Patsey, a young slave who suffers alongside Solomon. Michael Fassbender, who plays their sinister owner Edwin Epps, gives a chilling performance and strengthens those of Nyong’o and Ejiofor. With his complete lack of humanity,Fassbender’s Epps builds the audience’s compassion for Solomon and Patsey.

The rest of the supporting cast is packed with famous faces, from Brad Pitt — who also produced the film — to Benedict Cumberbatch and even, briefly, Paul Giamatti.  All give excellent performances, but are outshined by Ejiofor, Nyong’o and Fassbender.

At this moment, a tremendous amount of Oscar buzz surrounds 12 Years a Slave, and nearly all of it is well deserved. In his direction, Steve McQueen opts to document slavery rather than dramatize it. He takes a risk in discomforting audiences, and it is one that pays off. In addition to McQueen’s direction, the cast has no weak link, and its strengths are formidable. The screenplay is solid with moving dialogue. All of these elements combine into just over two hours of film that feel real. And it’s the tangibility of the characters, the surroundings and the pain that makes 12 Years a Slave a must see.