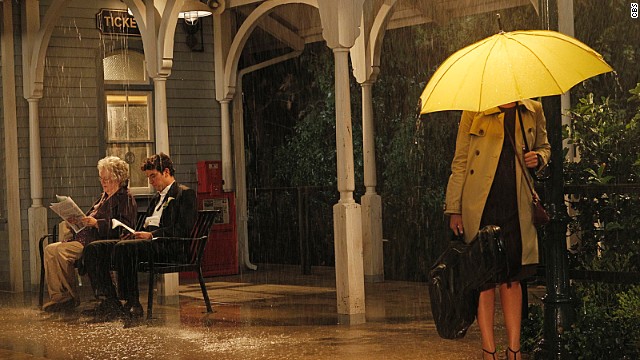 As many of us know, last week How I Met Your Mother ended its nine-season run in an hour-long finale full of twists, turns and high fives. After nine long years, fans final found out exactly how Ted met the future mother of his children and what happened to her.

More than that though, last week’s finale marked the end of a show that for many, held a very important place in their lives and the absence of which will be felt for a long time.

Before I go on, I should lessen your apprehension; this is not a critique of the finale or just my opinions on it.

In fact, this is not even really about How I Met Your Mother at all; instead, it is a view that I have formed about our lives from my experience with a show. It’s about how we all from bonds with objects and creations outside of our everyday lives.

Unlike most fans, I started watching How I Met Your Mother only last semester. As many college students have experienced, I needed a new show on Netflix to use as a method of procrastination, and I landed on HIMYM after a friend pointed me in its direction.

Probably because I am a bit of a romantic and I think sitcoms are the best things since sliced bread, I was hooked after the first episode. For the rest of my freshman year, HIMYM helped me through unbearable stresses and the uncertainty.

From the insurmountable workloads, to the pressures of making new friends, How I Met Your Mother was always a constant: it was there for me to fall back on as it showcased the lives of five friends in New York City.

Let me be clear, How I Met Your Mother is not the best show ever. I don’t even believe it should be listed as one of the top 20 best shows ever, but it is a show that throws you into a world of shenanigans and debauchery that keeps you snagged in the ever frustrating question of “when am I going to meet the mythical mother?”

Over the past year, I have noticed that almost everyone has their own How I Met Your Mother. All of us have our shows, book series, movie trilogies or albums that allows us, for just a small part of our busy day, to escape to another world and let the troubles of fictitious characters overwhelm us—we can forget about the troubles of our own.

Now, I do not in any way believe we should allow our lives to be over taken by fantasy and ignore the infinite beauty of the real world.

But I do believe that as students at such a demanding institution it is important to have that one thing that allows us to escape for just a little while and forget.

That is the real reason I am so upset about the end of How I Met Your Mother, because it means the end of my escape and I know it will be a while before I can find a new one. So whether it’s a TV show or your favorite sport, don’t forget to allow yourself to have that escape. Before you know it, it might be gone.

Josh Dostal is a freshman in the college.