Every year, Aaron Rodgers enters the NFL season with MVP expectations to carry his Green Bay Packers into the playoffs.

However, this season has not started the way Rodgers and Green Bay nation wanted.

Rodgers, who entered the league in 2005, has certainly compiled an impressive resume. While continually finding himself at the top of many statistical categories such as quarterback rating, yards and touchdowns, Rodgers also helped his Green Bay Packers win Super Bowl XLV over the Pittsburgh Steelers with an MVP performance.

Rodgers has twice been named league MVP — in both 2011 and 2014. But as is true in all aspects of life, all great things must come to an end.

Last season, the Packers entered the year, yet again, with supremely high expectations. The team was entering its first season with Offensive Coordinator Edgar Bennet. To compound this new variable, Rodgers lost his favorite All-Pro wide receiver Jordy Nelson in the preseason to a torn ACL.

The writing was beginning to form on the wall. Things were going to get more difficult for Aaron Rodgers.

Since the start of last season, Rodgers’ statistics have seen a significant decrease. One of the most telling stats is the dip in his quarterback passer rating, which is a formula that grades quarterbacks based on passing attempts, completions, yards, touchdowns and interceptions. Rodgers holds the NFL records for highest single-season passer rating and average passer rating over an entire career.

In his last 14 games, however, we have seen a completely different quarterback than we are accustomed to. Rodgers has not had a passer rating over 100 in these last 14 games, by far the longest streak in the league.

For comparison, Kansas City Chiefs’ quarterback Alex Smith is second with a streak of six. It has been 11 games since the great quarterback has thrown for over 300 yards, and the last two occurrences only came when he threw the ball 44 and 61 times.

Through Rodgers’ 2014 MVP season, the quarterback had a career completion percentage of 65.8 percent. Since last season, he is down to 60.4 percent. Over the same time period Rodgers has also seen his average yards per attempt drop from 8.22 to 6.57.

Rodgers’ play this season has led to some angst in the locker room. Rodgers has been seen getting confrontational with members of the media. When asked this past week if he would use criticism of his play as motivation, Rodgers retorted with, “I don’t care about that. I’m not worried about the outside expectations or scrutiny.” He followed these comments with a brash, “I’ve played at a high level for a long time, so I’m not going to change anything.” A lack of willingness to change his current level of play is only further digging his own grave.

The current state of the league is seeing young, new quarterbacks pop up and be immediately successful. This season alone we have already seen rookies Dak Prescott, Carson Wentz and Cody Kessler start at the quarterback position for their respective teams.

This is not to mention Jimmy Garappolo and Jacoby Brissett both starting for the New England Patriots and their wizard of a coach, Bill Belichick. With teams looking to surround their starter with as much talent as they can, and Rodgers commanding a salary of $22,000,000 a season, it might make sense to start looking for cheaper replacement options.

Over the last couple of seasons, there has been a wealth of cheaper quarterbacks who have provided the same statistics as Rodgers.

Aside from just old age and wear and tear getting to the veteran quarterback, Rodgers has also been facing distractions off the field. His family feud has been recently highlighted after his brother, Jordan Rodgers, won the most recent season of the Bachelorette, and details of Aaron’s relationship with long-time celebrity girlfriend Olivia Munn have been increasingly finding their way into the media. Perhaps Aaron Rodgers is becoming a bit preoccupied with his fame and spending less time on his craft.

As the 2016 season carries on, let’s all take one more discount double-check at Rodgers before we are quick to anoint him the best in the league. 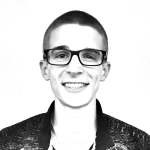 Thomas Schlarp is a sophomore in the School of Nursing and Health Studies. The Stove appears every Tuesday.