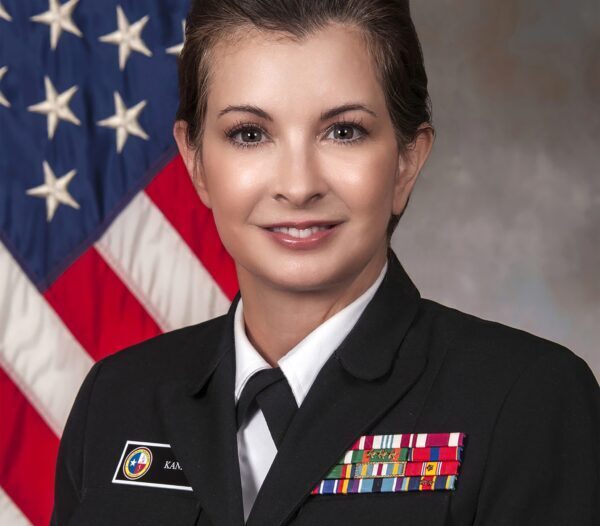 The director of the Georgetown School of Nursing’s Bachelor of Science in Nursing program has received a prestigious award honoring her exceptional leadership in the field.

Michele A. Kane received the 2022 Isabel Hampton Robb Award for Outstanding Leadership in Clinical Practice at the National League for Nursing (NLN) Education Summit in Las Vegas Sept. 28-30. The award recognizes an individual who inspires passion and clinical reasoning in patient care, conducts evidence-based scholarly research focused on improving patient outcomes and challenges students to expand their clinical knowledge base in innovative ways.

Kane said she was surprised, overwhelmed and grateful to receive the award.

“I’m still kind of pinching myself. It really hasn’t sunk in that this is happening.” Kane told The Hoya. “I just did my career, I just did Michele. I just did. You know, it was just me, and I didn’t think it was worthy of that. But apparently NLN thought so.”

Kane began her nursing career in the United States Navy, accumulating multiple graduate degrees and holding a variety of leadership positions as she moved up the ranks. Kane holds a Ph.D alongside a BSN and MSN.

Kane said her experience in the Navy, while filled with obstacles to belonging, was also defined by the mentorship she received.

“Early in my career I was told, ‘You don’t belong here,’” Kane said. “But what is ironic is that, full circle, these senior individuals saw something in me that I didn’t see in myself, and then became my mentors.These positions, and what I did, is because of the mentoring of these men.”

Kane went on to become the first Executive Officer and Chief Operating Officer of the Naval Medical Research Unit San Antonio, overseeing $40 million in research assets. She was also the first nurse to be deputy chief medical officer at the Navy Bureau of Medicine and Surgery, building a high-reliability model for 9.6 million beneficiaries.

For Kane, leadership is defined not by honorifics, but by breaking barriers and doing the right thing.

“But leadership is not a title, right? Because you can lead at any level. It’s about doing what’s right,” Kane said. “You have to have courage to do what’s right.”

Kane has undertaken multiple research projects that demonstrate leadership in patient care throughout every stage of her career. For instance, as a Ph.D student at Uniformed Services University, she studied the effects of embedded shrapnel in American casualties from Iran; her findings, which demonstrated a correlation between shrapnel and cancer development, continue to benefit veterans through the U.S. Department of Veterans Affairs’ Toxic Embedded Fragment Center.

Kane said the research project redefined the future trajectory of her career.

“That momentous study opened up the doors tremendously for me,” Kane said. “We took it from the bench all the way to the bedside to the veteran, in the care of the veteran.”

After years of research, Kane said she was motivated to move into teaching and education because of the core value the Navy instilled in her about the importance of mentorship.

“If you’re going to be a leader, you have to excel at driving change and challenging those rules that seem to be carved in,” she said.

“Our School of Nursing students are benefitting from her incredible experiences in the field of nursing. Our country benefited from her dedicated service as an officer in the U.S. Navy,” Waite wrote to The Hoya. “We are proud to have Dr. Kane as a professional exemplar of education, practice, and leadership.”

Julia Ferrante (NHS ’24), a future nurse herself, has Kane as a professor for her Care of Adults with Physical Alterations course and recognizes Kane’s role in the Georgetown community.

Ferrante said Kane has proven to be an excellent mentor.

“She is an amazing professor and inspiring leader in the nursing field,” Ferrante wrote to The Hoya. “I feel lucky to learn from her and her experience.”

Kane feels lucky to not only have taught others, but to have learned from others as well.

“All of us are pioneers,” Kane said. “Yes, maybe I did push the boundaries a lot, but I had a lot of people clearing the way too.”