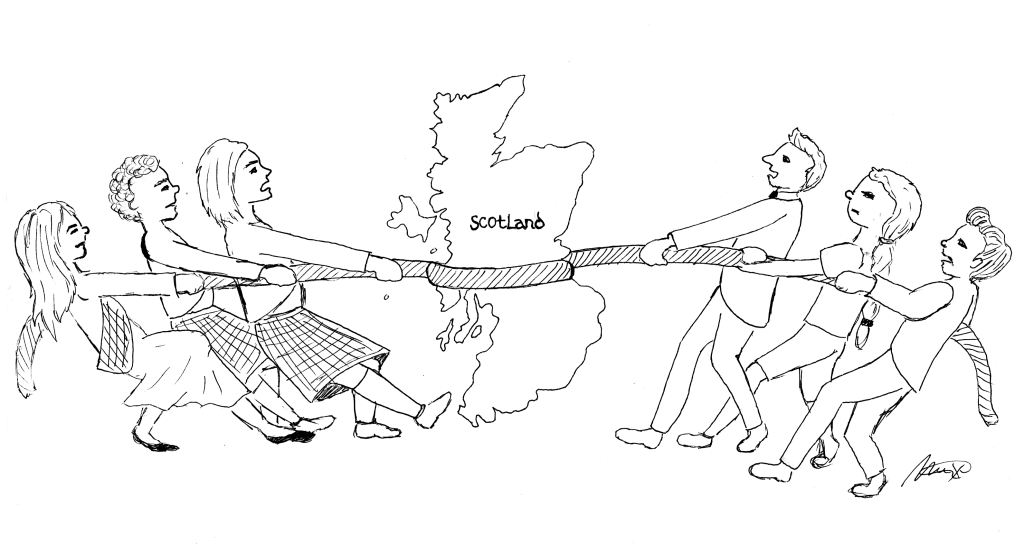 Scottish voters head to the polls today to decide the fate of the United Kingdom in a true exercise of democracy. Scotland is one of the four Home Countries that constitute the union, alongside England, Wales and Northern Ireland; it, alone, will participate in a referendum concerning Scotland’s independence. The northern land has had a tempestuous historical relationship with England, with which it entered into a formalized union in 1707. Despite increased power granted by devolution, Scottish National Party leader and First Minister Alex Salmond is pushing for a sovereign Scotland, while Westminster leaders — Conservative Prime Minister David Cameron, Labour Party leader Ed Miliband and Liberal Democrats leader Nick Clegg — have made a rare joint effort to prevent Scottish secession. On the eve of the vote, polls show the result — hinging on economic, political, social, cultural and many other elements — as too close to call.

Members of the Georgetown community share their viewpoints on the issue, which hits particularly close to home for some.

Give Unity Another Chance

After immersion in Scottish culture, Alden LeClair (SFS ’15) finds himself as divided as the country, but ultimately in support of a stable union.

Finding Kinship in Fight for Independence

As Scotland Decides, Eyewitness to History

Currently studying abroad in Edinburgh, Caroline Gelinne (COL ’16) reflects on the Scots’ deep consideration and knowledge of the issue at hand, regardless of position — a sharp contrast to American electoral politics.

Michael Newton (SFS ’17) argues that the concept of “Britishness” is inherently flawed, and Scotland must seize the chance to assert its own cultural identity.

In A Time of Turmoil, Better Together

Jess Kelham-Hohler (COL ’17) contends that the precarious position of the United Kingdom is no time for Scotland to bail out.