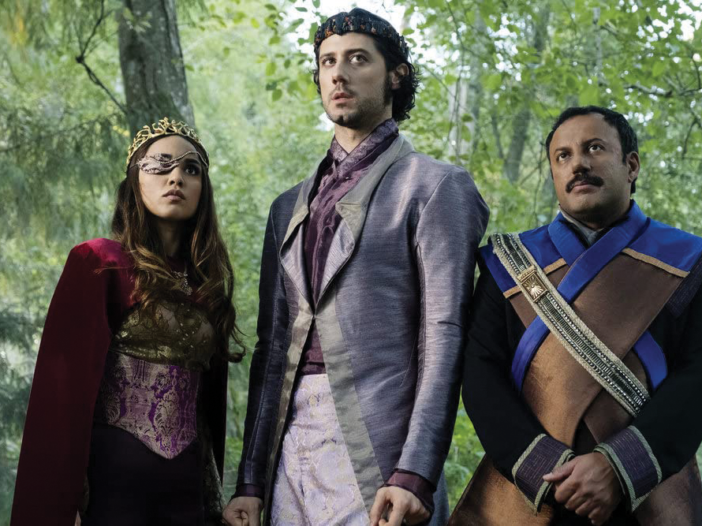 Season five of “The Magicians” delivers a satisfying conclusion to an impressive creative endeavor. The final acts are brimming with the show’s trademark mix of magic, humor and angst. This month, Netflix released the final season of the series, one year after it first aired on Syfy.

Written primarily by John McNamara and Sera Gamble, who adapted Lev Grossman’s novel of the same name, “The Magicians” follows students from Brakebills University for Magical Pedagogy as they work to defeat various threats in the multiverse.

“The Magicians” primarily takes place in present-day New York and the mythical land of Fillory, but features many worlds and timelines. This setup makes for a somewhat complicated story and requires close attention to detail from the audience, but the show is ultimately highly rewarding for the devoted viewer.

Season five picks up after the main character, Quentin Coldwater (Jason Ralph), sacrificed his life to save the universe. The audience was introduced to the world of “The Magicians” through Quentin’s point of view, but as the story expanded, the show took on a rare level of self-awareness to emphasize that a hero can be anybody, not just a white male with a destiny. The writers took subverting stereotypes to an extreme by removing Quentin from the story altogether.

One strength of “The Magicians” is its notably diverse cast and LGBTQ representation. The characters are three-dimensional and deeply flawed people with tumultuous and nuanced relationships. The greatest conflicts of the show are not apocalyptic in nature, but personal. This season, in particular, succeeds beautifully in its raw depictions of grief, PTSD and addiction.

Olivia Taylor Dudley portrays Alice Quinn with grace and sensitivity. Alice, sick with bereavement after losing her boyfriend, is initially a self-neglectful mess, left dead-eyed and mumbling because of the pain of grief. As she learns to move forward with her pain, however, she carries herself with increasing self-assurance, swapping her quick-tongued arrogance of earlier seasons with a subdued steadiness.

Alice shares a sweet moment of solidarity with Eliot Waugh (Hale Appleman) in the episode titled “The Mountain of Ghosts,” during which the characters traverse treacherous terrain to lay Quentin’s soul to rest. Eliot reveals to her he was also in love with Quentin, and their mutual vulnerability offers a moving catharsis to both themselves and the audience.

Eliot’s own journey through grief is complicated by his post-traumatic stress disorder from the psychopathic Monster that inhabited his body in season four, as well as his guilt that Quentin died rescuing him. Hale gives a showstopping performance in the episode “Oops!… I Did It Again.” Eliot is forced into a “Groundhog Day”-esque timeloop on a mission to stop the Earth from being destroyed, all while receiving threatening messages from the Monster that no one else can see. His typical dry humor and regal restraint remain intact until the very end of the episode, making the moment where he finally breaks down much more poignant.

The show balances out its heavy doom-and-gloom with a large dose of comedy. The loss of the protagonist allowed other characters to stand out, like Summer Bishil as foul-mouthed queen of sass Margo Hanson, whose zingy one-liners are highlights in every episode. Equally hilarious is Fen (Brittany Curran), a Fillorian native knowledgeable about her homeland but clueless about most other things. Often sidelined by her peers due to her lack of magical abilities, Fen’s development into an empowered hero in her own right is a beautiful arc to watch.

“The Magicians” is enhanced by the cinematography. In the episode “Apocalypse? Now?!” an unforgettable shot shows a huge crack splinter the moon in two as the camera pans to reveal rocks hurtling toward Earth. Another example of the show’s visual prowess is in the episode “Magicians Anonymous,” when two characters travel through the Etheric Realm, which can only be reached by tripping on acid. The camera slowly wobbles around to reveal a supersaturated, circus-like land superimposed onto the streets of New York.

The show is not without its faults, however. Pacing has been a consistent issue for “The Magicians,” and there are only so many times the threat of the world ending can carry stakes. The story seems derivative at times, and with so many characters and B-plots introduced, it struggles under its own weight to tie up loose ends and fully realize all its elements.

Nevertheless, this lack of closure seems somewhat appropriate: Life does not always leave us with a neat ending or an easy answer, and no story is ever completely finished. With this perspective in mind, “The Magicians” ends on an ambiguous yet hopeful note, with no epilogue but endless possibilities.