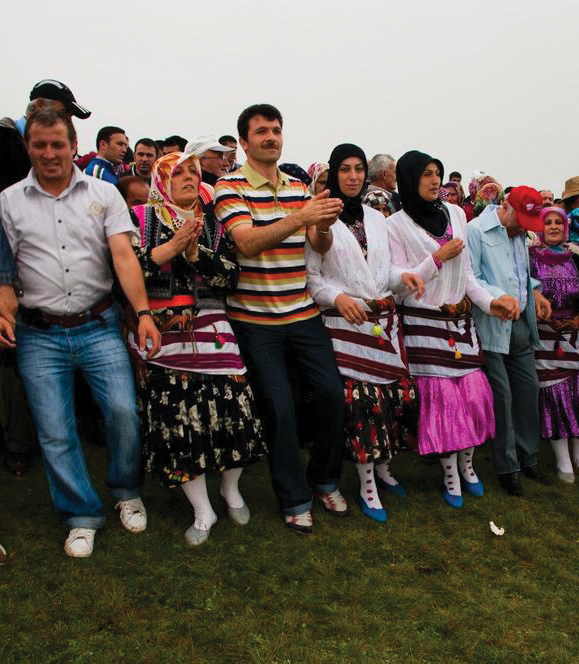 The second annual Georgetown University Film Festival began in the Healey Family Student Center on Thursday with the Washington, D.C., premiere of the Sundance-awarded documentary “The Bad Kids.”

GUFF will continue throughout the day, featuring a variety of short programs: “Paradigm Shift,” “Teenage Wasteland,” “Chamber of Reflection” and “In a Dream.” Each program contains between five and seven short films.

Submissions range from documentary to experimental film, from both amateur student directors and professional filmmakers. The festival is entirely student-organized, largely by those enrolled in the “Film Festival Studies” class taught by professor Sky Sitney.

Sitney previously worked as the director of American Film Institute Docs, the largest documentary festival and conference in the United States, as well as the programming director of the Newport International Film Festival.

The class has met twice a week over the course of the semester, working to coordinate marketing, programming, social media and communication with filmmakers.

This year’s GUFF received over 2,000 submissions and is screening only 24 films. Programming Director Susan Long (COL ’19) described the difficult process of narrowing the field.

“You can only eat an elephant one bite at a time,” Long wrote in an email to The Hoya. “The class pulled together to screen as many films as possible, and we even recruited some outside screeners to do some extra leg work for us … everyone was so committed to making [GUFF] the best it could be.”

“The quality of film is very high,” Blair wrote in an email to The Hoya. “Students should come to this festival because we are showing the best of the best in film. These are films that have been shown at film festivals all around the world or films that are … just being discovered.”

Directed by Keith Fulton and Louis Pepe, “The Bad Kids” was the first full-length film to ever be shown at GUFF. It tells the story of a group of teachers at a Mojave Desert alternative high school who take an unconventional approach to improve the lives of their struggling students.

In addition to film screenings, GUFF will make use of Oculus Rift virtual reality system.

“Virtual reality technology that presents film in a whole new creative experience,” organizer Remy Cipriano (SFS ’17) wrote in an email to The Hoya. “It’s special … we think the Georgetown community will benefit from the exposure to such great work.”

Music groups from the Hilltop are also a part of the festivities. Rock and rhythm and blues outfit Almeda performed prior to last night’s opening screening. Today at 4 p.m., before the Chamber of Reflection program, jazz-fusion ensemble the Bulldog Alley Alley Cats will also perform live.

“We all came to the table with different ideas and opinions,” Long wrote. “Ultimately we were able to mix all of our minds together to create one fantastic festival that we can’t wait to share with our community.”

The short film topics run the gamut from the emerging skate scene in Palestine’s West Bank in “Kickflips Over Occupation” to a tale about a young boy and his life-changing encounter with a vagrant puppet crocodile in “Crocodile.”

Music buffs may enjoy “Bob Dylan Hates Me,” which tells the story of the director’s two disappointing encounters with the legendary artist, while sports aficionados may be drawn to “I Am Yup’ik,” a documentary about a 16-year-old Yup’ik Eskimo who leaves his village and travels across hundreds of miles of frozen tundra to compete in a basketball tournament.

Long said she is particularly excited about showing “Getting Fat in a Healthy Way,” which takes place in a world where gravity is so weak that skinny people fly off into the sky.

“I ended up sharing it with my family after seeing it,” Long wrote. “It’s original, and it has a sweet message. I can’t wait to share it with our audience.”

GUFF is free for all students, a rarity among film festivals.

“Many film festivals are expensive and difficult to get to, so to have a free film festival in one’s own backyard, so to speak, is a real privilege and very exciting,” Blair wrote.