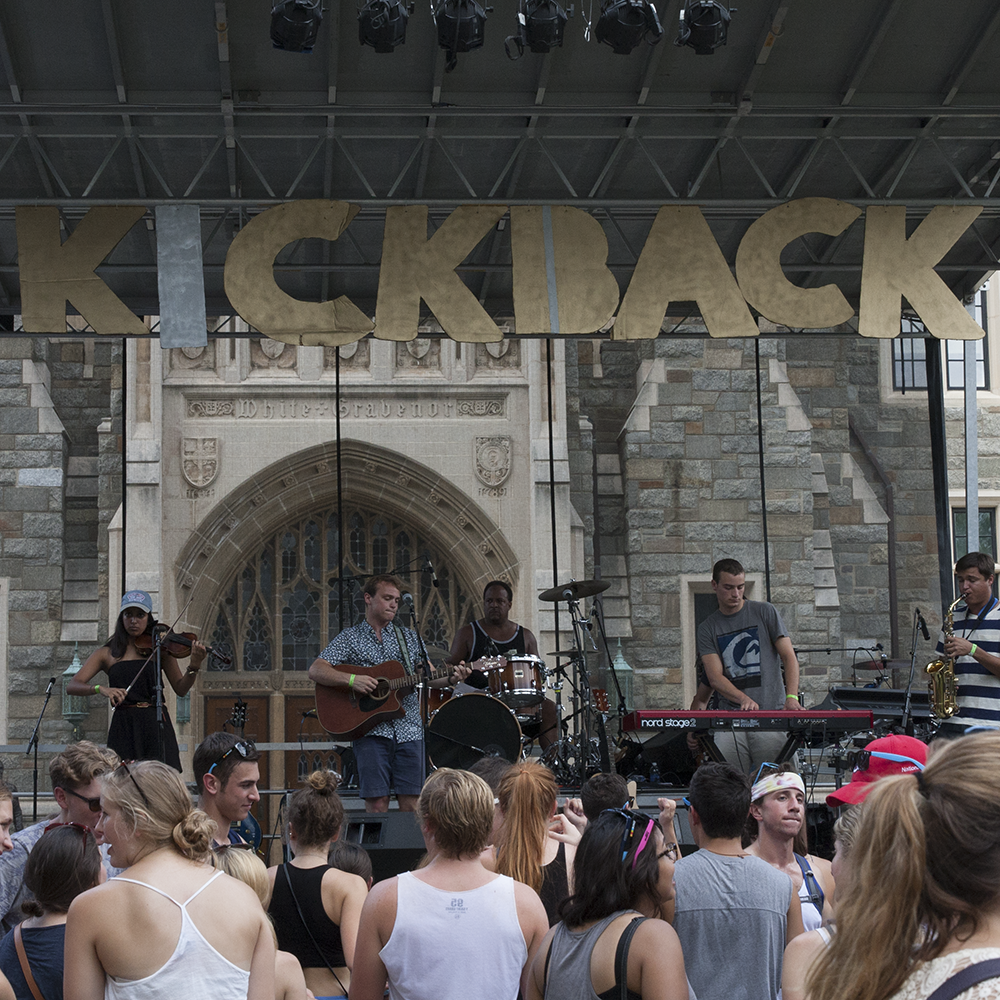 Skizzy Mars and Louisa Wendorff will headline the second annual Kickback Music Festival, hosted by the Students of Georgetown, Inc. in conjunction with the Georgetown Program Board and Georgetown Week of Welcome, Sept. 12.

This year’s event, which will take place on Copley Lawn, will also feature nine student performances, an increase from last year’s lineup of a total seven bands.

Expanding on the event’s billing as a music and arts festival, student art exhibitions will be on display at the festival this year. Submissions will be available through the festival’s website and Facebook page.

Running from 12 p.m. to 8 p.m., the festival will begin with performances from student bands such as Faces for Radio, Sam & Hannah, Giant’s Causeway and Bulldog Alley Alleycats.

Following a headlining performance and 30-minute break, the festival will continue with student acts such as Tigers Are Bad For Horses, DJAllen, Deuce B and Keylow before concluding with the second headliner.

Director of Kickback Cameron Smith (MSB ’16) said that it is important to showcase the student body’s artistic talent at Kickback.

“It is our vision for Kickback to be an outlet into a diversity of student lives [and] to show how awesome and creative our students can be early in the academic year when people are thinking about their place at Georgetown,” Smith said.

The two headlining acts, Skizzy Mars and Louisa Wendorff, will each perform for an hour. A 23-year-old rapper from Manhattan, Mars is best known for his alternative hip-hop EP “The Red Balloon Project,” which was released earlier this year. Meanwhile, Wendorff is a pop singer who rose to stardom with a YouTube mashup of Taylor Swift’s songs.

Like last year, there will be four food trucks at Healy Circle, as well as cupcakes from Baked & Wired.

Attendees will also have the opportunity to receive giveaways from companies like Zipcar and Down Dog Yoga, as well as the chance to win tickets to the upcoming Landmark Music Festival in West Potomac Park.

Smith said that he hopes these new additions will create a more unique festival experience.

The Corp’s new partnership with GPB and GWOW for this event will help ensure that Kickback has a permanent place in the university’s calendar.

Smith said that the groups provided helpful contributions to the Kickback team.

“We thought this would be the best way to help us solidify a really special event as a tradition in the early fall at Georgetown,” Smith said. “GPB and GWOW have contributed invaluable expertise in event planning and music knowledge to help us put on the best version of Kickback possible.”

According to GPB Marketing Chair Jessica Scoratow (SFS ’18), the organization was involved in planning many logistical aspects of the event, including ticketing, sponsorships, contracting and selecting the headlining artists.

“Kickback is more than just a music festival. It’s a celebration of art and its diversity,” Scoratow wrote in an email to The Hoya. “Before your first essay for the semester, or your first all-nighter, or your first venture into [Lauinger Library], Kickback is the perfect opportunity to relax and welcome a new year on the Hilltop.”

Smith also said that he hopes the timing of Kickback will provide students with a break from academic and professional pursuits.

“We want this date because it will be smack in the middle of recruiting season for every on-campus club and activity,” Smith said. “Maybe someone who goes to Kickback takes time to look at the arts community instead of just joining a club that promises better job placement four years down the road.”

Paul Henderson (COL ’18) said that he will likely attend the event because of its timing at the beginning of the year.

“I think Kickback is cool because it gives students a really fun, high-energy event at the beginning of the year, before schoolwork gets more intense,” Henderson said. “I dig that there’s a concert for me to look forward to from the moment I get to campus, [for which] I don’t have to plan much.”

Tickets are priced at $10 and will be available for sale next week.

Clarification: The university has yet to approve the headlining acts.