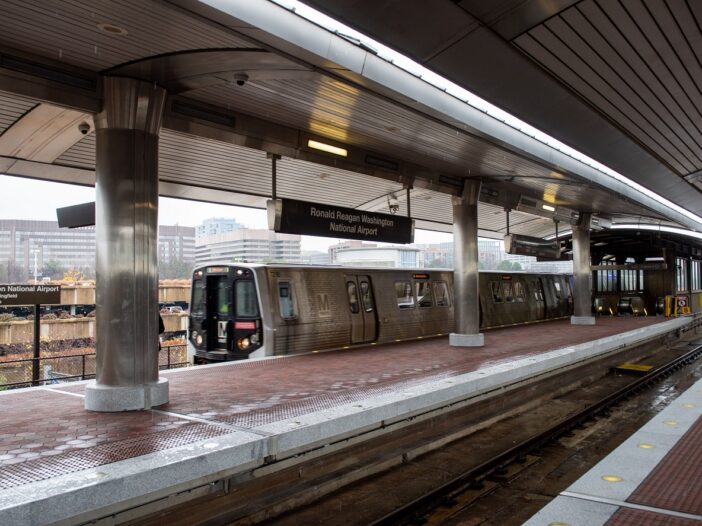 Georgetown University plans to launch a transit program that will give randomly selected  students a $100 credit toward Washington, D.C. transit passes.

Any full-time undergraduate or graduate student can apply for the “Hoya Transit Pilot” program; 2,500 randomly selected applicants will receive the funds toward their SmarTrip accounts for the Fall 2022 semester, according to an announcement from Senior Vice President and Interim Chief Operating Officer David Green and Vice President for Sustainability Meghan Chapple that was emailed to students Sept. 6.

Georgetown created the pilot in collaboration with the Washington Metropolitan Area Transit Authority (WMATA) and marks the university’s first mass transit program. Applications for the fall phase of the program close Sept. 12, and funds will be distributed to enrolled students’ SmarTrip accounts Oct. 1.

Sayrin Kang (COL ’23), whose hometown is in Northern Virginia, said the program will make it easier for her to visit family.

“Sometimes I GUTS to the Metro station and take the Metro home, so it would be really convenient for me to go home for the weekend,” Kang said in an interview with The Hoya. “It would personally be really nice.”

“The program will complement what we already have with the GUTS program and just allow students to travel at longer lengths and not be limited to where GUTS buses are located,” Flores told The Hoya. “It’s a really great start.”

Ella Boasberg (COL ’25) signed up for the pilot program immediately after seeing the Sept. 6 email and said that, if selected, she plans to take the metro more often.

“With the option of free public transportation I think people will be more inclined to use it,” Boasberg told The Hoya.

Kang also said the program will make it easier for students to take advantage of the museums and landmarks in the District.

“My friends and I wanted to get out of the bubble to just explore parts of D.C. because I feel like that’s a big part of going to Georgetown,” Kang said. “Looking back, it would have been really nice if we had [the program], so I think it would be a nice help for the community.”

Boasberg said the pilot program would be improved by the Georgetown University Transportation Services buses running on weekends, as the buses are the only free university-provided transportation directly to a Metro station.

“Ideally, we would have a system to be able to get to the Metro during the weekends,” Boasberg said. “But I think this has actually opened a lot of options, and with not having to pay for the Metro, once you’re there it just makes it even more convenient and accessible.”

In May 2021, the GUSA Senate passed a referendum urging the university to implement the WMATA University Pass Program, with 84.03% of students voting in favor. GUSA unanimously voted in March 2022 to reaffirm the results.

A university spokesperson said the goal of the program is to respond to student input calling for a transit program during the 2021-22 academic year.

“In order to determine how best to support our student populations, we will gather data and feedback related to overall ridership, transit type, trip duration, frequency and geographic area,” the spokesperson wrote to The Hoya. “This data and student feedback will be used to inform the University’s transportation options and offerings in the future.”

Flores said the university should be more clear about the specifics on the ways data is going to be used.

The university also intends to run the program for the Spring 2023 semester using the same randomized selection process. Students who participate in the fall pilot will not be barred from participating again.