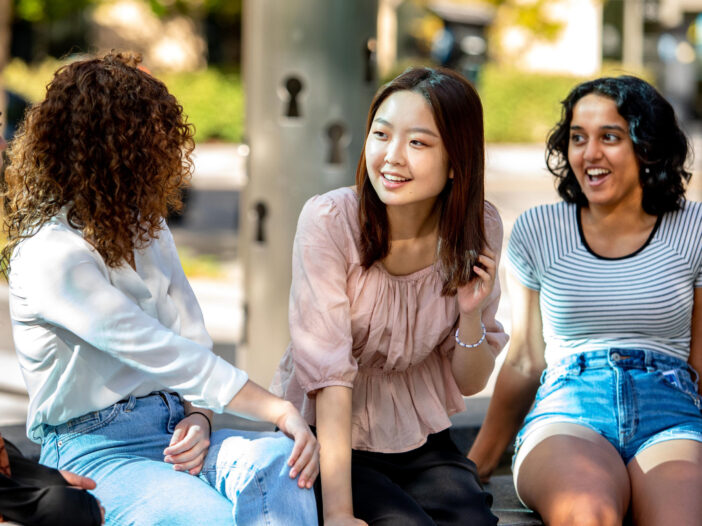 Students discussed the safety of abortion pills to terminate pregnancies when traditional abortions are inaccessible or criminalized at a H*yas For Choice (HFC) event Nov. 16.

The event, titled “Self-Managed Abortion: Information and Destigmatization,” covered the history, science and application of two abortion drugs — misoprostol and mifepristone — based on information provided by Advocates for Youth, a non-profit organization that advocates for sexual and reproductive justice. HFC, a reproductive justice organization at Georgetown University, hosted the event.

Soraya Bata (SFS ’24), the co-director of advocacy and organizing at HFC, led the presentation.

Bata spoke on the history associated with the drug misoprostol, which was originally used to treat stomach ulcers.

“In the mid-80s, resilient midwives and pregnant people in Brazil realized that it could be used to induce an abortion,” Bata said at the event. “And so they are the people who started using misoprostol to self-manage their abortions. And they did end up suffering from criminalization due to using misoprostol for abortions.”

The June 2022 overturning of Roe v. Wade, a 1973 Supreme Court case that guaranteed a constitutional right to abortion in the United States, prompted 13 states to fully ban abortion in most cases. Nearly one-third of people who can get pregnant have lost the right to have an abortion since the overturning of Roe — one study found that requests for self-managed abortions through an online telemedicine service increased 31% in states with total abortion bans.

The event highlighted the safety of abortion pills, citing the fact that mifepristone is safer than Tylenol.

For individuals living in states where abortion is banned, seeking out medication to terminate a pregnancy is a crime with punishments ranging from fines to up to two years in prison. However, if a pregnant person faces any complications after taking misoprostol or mifepristone to self-manage an abortion, their symptoms are identical to those present during a miscarriage.

This means that individuals who have taken Plan C to self-manage an abortion can seek medical attention without fear of prosecution, which is lifesaving in some cases, according to Bata.

“If they fall ill and need medical attention, they can go to the hospital and tell the doctor that they’re miscarrying,” Bata said. “And if they follow this procedure, then there won’t be any evidence that they had an abortion, they can just say that it’s a miscarriage.”

Maggie McCormick (SOH ’25), who works on the advocacy team for HFC, said learning about self-managed abortions is becoming more important as the right to abortion becomes increasingly restricted across the country.

“Even in states where it is legal, I’ve heard stories about how dangerous it is to walk in because of the people who stand outside and protest,” McCormick told The Hoya. “It’s definitely good to know that this is still a safe option.”

McCormick said she hopes to continue to help share information on how to seek out abortion pills, including through programs like Plan C, a public health initiative that combines research and advocacy.

“How to find abortion pills for your specific location, that’s something that I want to inform more people about,” McCormick said. “Like the different websites where you can plug in your state and find out how much it will cost, if you can get it shipped to you, if you need to go somewhere else. All the information is right there.”