When I first read William Deresiewicz’s piece in the New Republic, “Don’t Send Your Kid to the Ivy League,” I thought I must have gotten it right by coming to Georgetown instead of an Ivy League school.

But alas, I’m not ashamed to admit that I’ve played the game that Deresiewicz describes all too acutely: “You chose the most prestigious place that let you in; up ahead were vaguely understood objectives: status, wealth — ‘success.’”

There are a few main reasons that people choose to attend Georgetown. Some from Catholic prep schools see Georgetown as their dream college, the best Catholic education in the country (unless you’re from the Midwest, in which case Notre Dame might be a more popular option).

Others, aspiring diplomats, choose the School of Foreign Service, often turning down places like Harvard or Brown in the process. But I would bet that the vast majority of Georgetown students have ended up here because they didn’t get into some other school. For example, after Harvard and Dartmouth thanked me for applying and let me know just how difficult their admissions decisions had been that year, I mailed my deposit down to 37th and O. To be clear, I have loved my three years so far on the Hilltop, and I’m not writing for any sort of pity. As Deresiewicz himself describes at the outset of his article, the college admissions process is an arbitrary one, influenced by legacy cases and quotas.

Georgetown certainly fits Deresiewicz’s description of an elite school as much as any other. He takes good note of the ubiquitous “Super Kids.” Everyone knows that infamous Georgetown conversation starter, “So … what do you do on campus?” which I’d wager is asked more often out of self-comparison than genuine curiosity or interest.

Overall, I enjoyed Deresiewicz’s article, and I think he makes a very pointed case against several major trends on campuses like ours, especially skewed admissions policies, grade inflation and phony service trips. Yet I take issue with a few of his assertions, which I’ve included here followed by my thoughts:

“College is not the only chance to learn to think, but it is the best. One thing is certain: If you haven’t started by the time you finish your B.A., there’s little likelihood you’ll do it later. That is why an undergraduate experience devoted exclusively to career preparation is four years largely wasted.”

Throughout the article Deresiewicz shows a hostile attitude toward career preparation and assumes that we all must have the same goal in attending college, namely attaining some sort of romanticized, “true” education, the kind that you can get “for a dollar fifty in late chahhges at the public library.” No doubt, I agree that a completely pre-professional attitude as an undergraduate is a waste. But I really think we ought to strike a balance somewhere between Will Hunting and his adversary at the bar. There’s no reason to feel guilty about striving for a well-paying job and high standard of living after you graduate, as long as those motivations don’t drive every decision you make — you’ll probably end up miserable, anyway.

“Religious colleges — even obscure, regional schools that no one has ever heard of on the coasts — often do a much better job in that respect.”

In one of the weakest points of his argument, Deresiewicz provides no evidence to support this vague and ludicrous claim. He neither refers to any specific religious college that exemplifies a true education nor explains just how they “deliver a better education, in the highest sense of the word.”

“The irony is that elite students are told that they can be whatever they want, but most of them end up choosing to be one of a few very similar things. As of 2010, about a third of graduates went into financing or consulting at a number of top schools, including Harvard, Princeton, and Cornell.”

Although it’s very convenient to tell this story of brainwashed young graduates blindly marching off to Wall Street, I think Deresiewicz misses the mark here for two reasons. First, many top graduates are actually choosing paths unrelated to finance, opting instead for jobs in tech or at startups that value intelligent creativity as much as profitability. Wall Street firms are struggling to recruit the top young minds.

Second, very few will stay in finance or consulting for more than five or so years. Firms know this, and thus they structure analyst programs expecting high attrition rates. In this (arguably) mutually beneficial relationship, young college grads get an introduction to the business world while the firms benefit from their high quality work. Although a large percentage of graduates may be going into these two fields, if we look seven to 10 years down the road, their careers will be much more diverse.

Deresiewicz is simply not justified in saying that we end up in only a few similar fields. 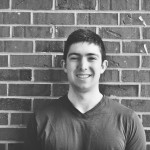 Paul Healy is a rising senior in the College. Hoya Sapiens appears every other Friday at thehoya.com