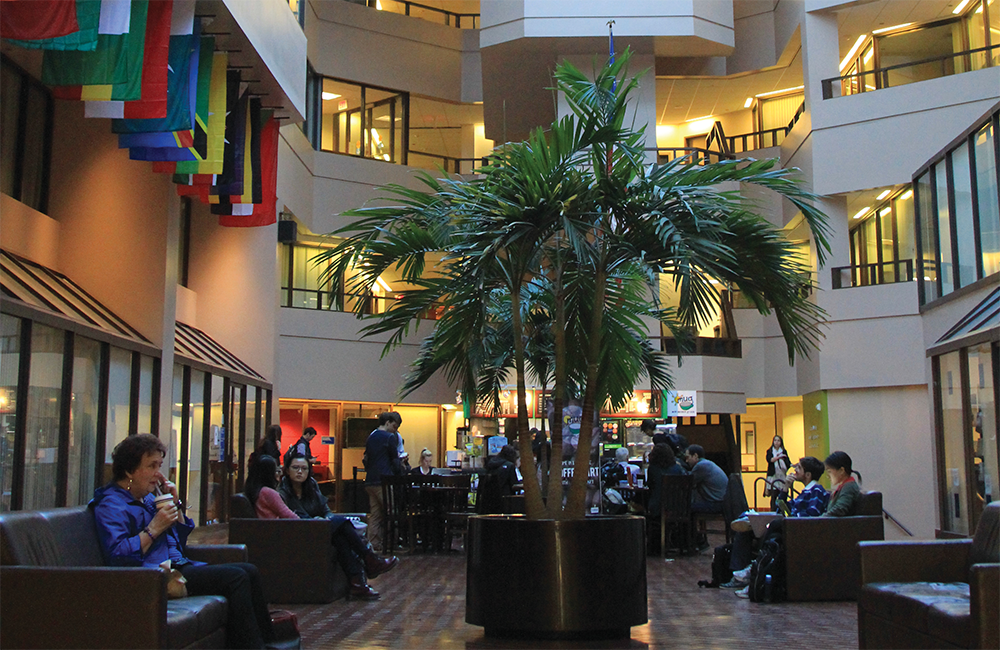 Students continue to voice the need for increased campus dialogue about the ramifications of the election of President-elect Donald Trump to the presidency, specifically on issues concerning minority students, in a weeklong series of discussions organized by Georgetown School of Foreign Service faculty members and SFS student leaders.

Seven small-group conversations began Dec. 2 and will continue through Dec. 9. The discussions attempt to pay special attention to vulnerable communities. The initiative is expected to focus on personal narratives as a reactionary response to a rise in hate crimes against minorities both nationwide and on campus.

Two off-campus bias-related attacks against students were reported in mid-November.
According to SFS Dean Joel Hellman, the initiative particularly resonates in the SFS because of its focus on globalization and multiculturalism.

“Our faculty have very strong views and felt the need to discuss — not only in the classroom but outside — about how are we going to react and what role should we be playing in the shifting dialogue on globalization,” Hellman said. “Students also felt a lot of uncertainty about what this means, especially at a place where they came to study global affairs and global integration.”

Students had the opportunity to register for discussions via an email from the SFS Dean’s Office announcing the initiative.

“About 100 people signed up in a period of two days, so many that I unfortunately had to turn people away,” Ranjan said. “I am so, so glad people are enthusiastic about participating in these discussions and want to grapple with the more personal narratives that are deeply tied to our politics.”

“I just had a sense, from talking to a few students, to talk about things. In my own classroom, we did a fairly lengthy discussion where I asked students to write down their feelings for a couple of minutes and invited them to share them — issues, fears, hopes,” Carnes said. “It was a very changed environment that moved them and challenged them in a lot of ways.”

Arend, whose group met Monday evening in McGhee Library, said students came to his discussion with respect and curiosity.

“A number of important issues were raised, such as what role does the university play in truth, how we can be citizen journalists, what will be the implications of the new administration for foreign policy,” Arend said. “All of us in the community want to hear each other but also to make sure that all of us understand that this is a place where we can all feel comfortable and welcome.”

“We have all felt very overwhelmed by the recent events and it felt like an important experience to be able to connect about our fears and expectations,” Oschin said.

Ranjan said the purpose is to humanize the effects of the election based on the power of personal narratives.

“In the SFS, we are very good at policy discussions, but often we neglect to understand how these policies reflect real lives,” Ranjan said.

While the policies of a Trump administration remain largely unknown, Hellman said he does not expect the historical relationship between the SFS and the federal government — specifically with the Department of State — to change.

Carnes said he is hopeful that these dialogues will drive the Georgetown campus to approach civil discourse in a more productive and inclusive way.

“My hope is that all of us as a community could gain a shared understanding,” Carnes said. “The key is the ability to listen well and to construct a new kind of unity and reconciliation.”