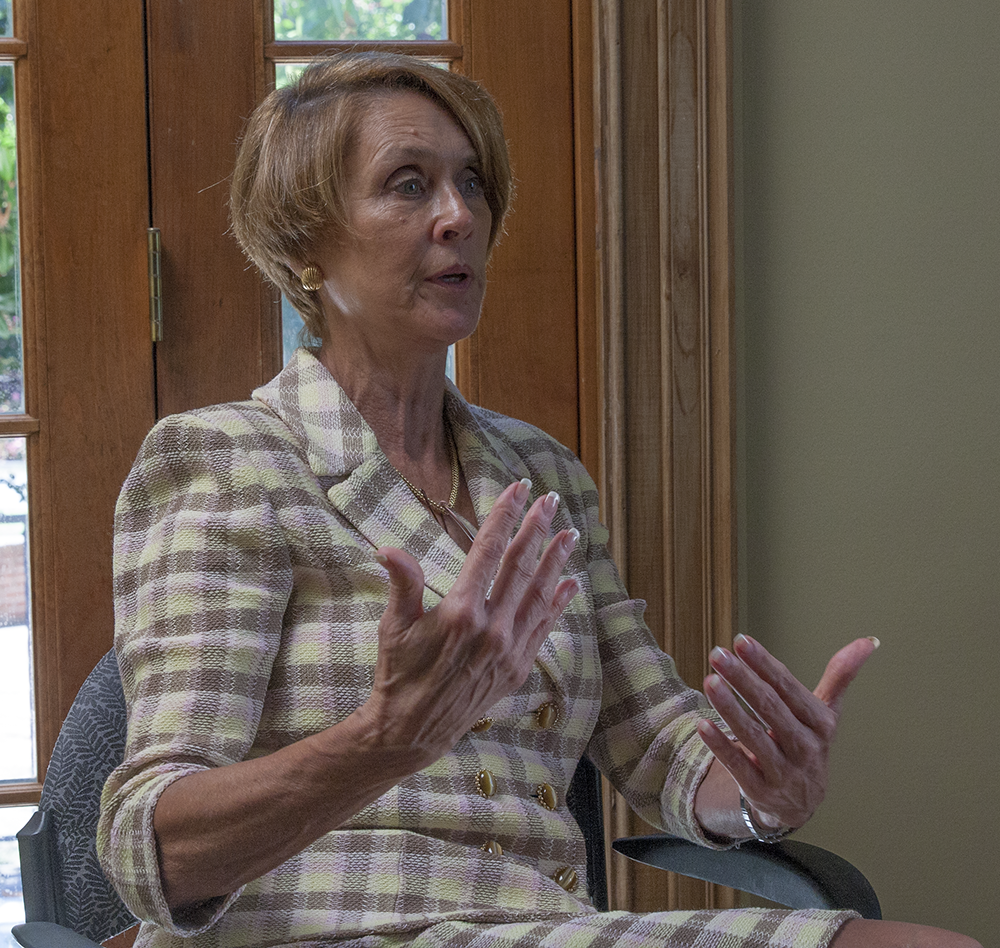 The School of Foreign Service Academic Council is set to announce a new program focused on promoting and supporting careers in the public sector.

The program, called the Walsh Scholars Initiative, will be housed in the School of Foreign Service and will be officially rolled out in the coming weeks, according to SFSAC President Megan Murday (SFS ’15). Students in the SFS, excluding seniors, can apply for the yearlong program in the fall, and around five applicants will be selected to participate in the program.

According to data compiled by the Cawley Center’s First Destination Report Poll, only 11 percent of SFS graduates in the SFS Class of 2014 found jobs in nonprofit and public service work, while only 6 percent held positions in government. However, 25 percent of graduates took jobs in consulting services and 15 percent took jobs in the financial sector. Out of 356 total, 269 of SFS graduates responded to the survey.

Murday and SFSAC Senior Representative Annie Kennelly (SFS ’15) developed the idea for the initiative last year after noticing an increasing distance between an SFS education and public service. The SFSAC gave its first formal presentation about the initiative last fall at the SFS Board of Visitor’s meeting.

“We noticed that the SFS focused a lot on careers in consulting and investment banking and the like,” Murday said. “We didn’t see a similar focus on public service.”

The program will encourage students to pursue public service jobs in three ways: providing mentorship from members of the Georgetown community with careers in the field of the student’s choice, institutional support to help students find public service internships for the summer and a stipend for scholars to pursue unpaid public service summer internships. Murday said that the funding for the stipend has not yet been finalized, but that she hopes to work with the SFS Dean’s Office and outside donors to create a fund.

“We created the initiative to encourage students to pursue careers in public service because we think that that is the ethos of our school, and we wanted to build a better support system for that,” Murday said. “That would include matching them with mentors, within the Georgetown community, faculty, alumni, practitioners and then giving them institutional support to find an internship that matches their academic interest.”

As only five student applicants will be selected for the first year of the program, Murday said that the selection committee will seek students with strong interests and passions for public service.

“The application will look at transcripts, resumes, letters of recommendation, to get a sense of both the student’s academic interests, professional interests, what they feel public service is and how they see it relating to their career path,” Murday said.

The Walsh Scholars Initiative’s board, which will help provide mentors and institutional support for scholars, will include SFSAC member, as well as Beeck Center Executive Director Sonal Shah, Center for Peace and Security Studies and Security Studies Program Director Bruce Hoffman, Mortara Center for International Studies Director Kathleen McNamara, Distinguished Professor in the Practice of Diplomacy Ambassador Robert Gallucci and Landegger Program in International Business Diplomacy Associate Director Rosie O’Neil. Institute for the Study of Diplomacy Director Ambassador Barbara Bodine will serve as the director of the program.

“Dr. Bodine ran a similar program at Princeton called The Scholars in the Nation’s Service Initiative, and she was very excited to help us build something similar at Georgetown,” Murday said.

Bodine said she credits SFSAC students for their work in developing the initiative.

“The WSI is wholly a student initiative,” Bodine wrote in an email. “Megan, Annie et al. conceived of the need for a program to support, encourage and prepare fellow BSFS students for careers in public service, have negotiated the details with the Dean’s Office, worked with fellow students, reached out to potential donors and crafted the various foundational documents.”
Shah said that she is supportive of the initiative and eager to apply ideas from the initiative to the Beeck Center for Social Impact and Innovation.

“The Beeck Center is supporting this initiative because we recognize that along with academic rigor and experience, students need mentoring and support,” Shah wrote in an email to THE HOYA. “The Beeck Center believes that this is a great opportunity for students to combine academia, experiential learning, mentoring and internships. We hope to learn from SFS efforts and connect the SFS team to others that also want to implement similar ideas.”

SFSAC Vice President Anna Hernick (SFS ’16) said that the new initiative will help to increase the value that Georgetown places on public service.

“I think public service is the practical side of that lofty goal that a lot of Georgetown students have of changing the world or improving society through their career,” Hernick said.

Murday said that although very few students year will be selected for the program each year, the goal of the initiative is to change public perception of SFS students and promote public service internships and jobs overall.

“Ideally, this will also benefit all SFS students because it will create a brand for the School of Foreign Service of the particular skillsets that we have that will really benefit any student applying to these organizations,” Murday said. “We hope that these internships will turn into more of a pipeline, where these programs will have spots for Walsh scholars every year.”

Correction: Distinguished Professor in the Practice of Diplomacy Ambassador Robert Gallucci will also serve on the board of the program.