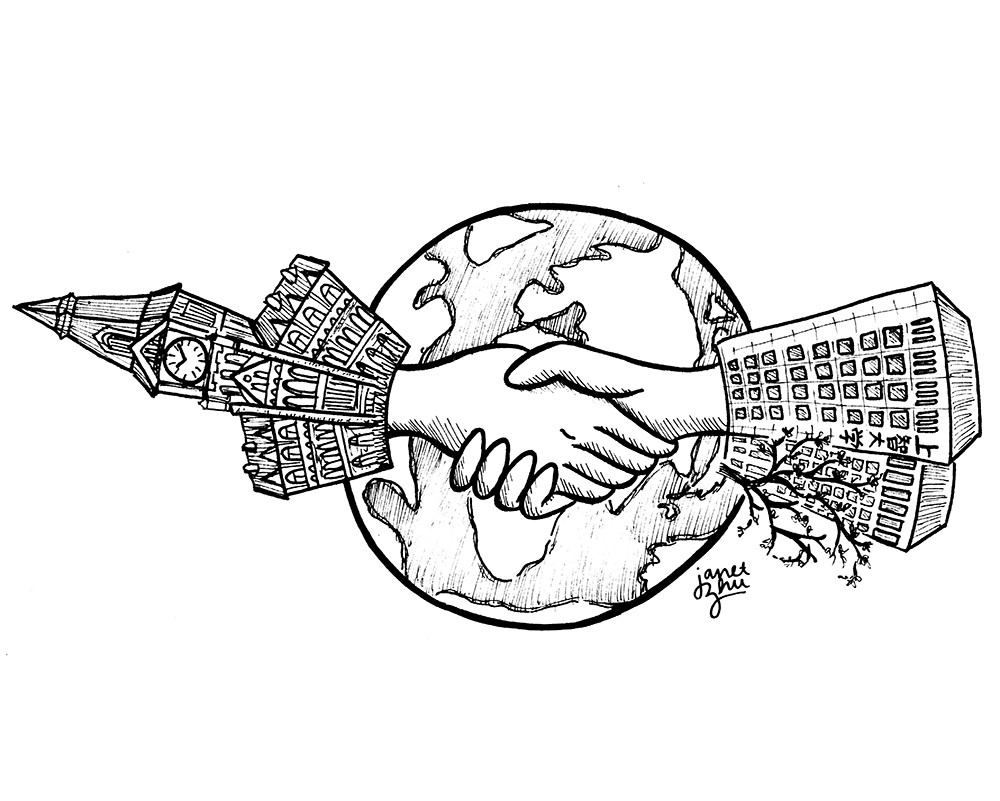 For two days last week, the campus enjoyed a remarkable moment in international and intra-Jesuit relations. Sophia University’s president, vice president and Jesuit chancellor led a delegation of faculty and students to Georgetown, where we joined in celebrating our sister Jesuit university’s centennial anniversary. I’d like to offer some reflections on why this event and today’s guest lecturer from AkitaUniversity — and by extension, our relationship with Japan — is significant, particularly in the context of Georgetown’s identity as America’s oldest Catholic and Jesuit university.

We at Georgetown are deeply invested in the successes and challenges of our friends in Japan, particularly those of our sister Jesuit university in Tokyo. Their successes are, in a sense, our successes. Our relationship with Japan is a diplomatic one not only between two friendly nations but also through our shared links to the Society of Jesus. It is a deep, historical relationship that provides us with the opportunity to delve deeper into the true meaning of globalization.

Globalization rests on the concept of “the global” as a singular unit in a broader and deeper sense of the “we” than internationalism tends to invoke — with its primary units of the nation and national difference. Globalization in this deeper sense requires consideration of the Catholic Church as a global Church and the Jesuits as a global religious order — not belonging to a particular diocese or country. Globalization does not reduce difference to the ostensible universal values of a particular culture in the manner that high internationalism has done in the past, often in the service of cultural imperialism. Rather, it is at its best when articulated in relation to the natural law, that sense of justice written on the human heart — hence, a morality both secular and also intensely Catholic and truly global in scope.

Sophia University and Georgetown are ideal places to see this logic of globalization unfold in reality. Rather than seeing both schools through the national lens of “Japan” or “America,” their shared Catholic and Jesuit identities can serve as bridges to this deeper sense of globalization and shared moral truths. Sophia’s very existence ultimately rests on the globalization of Japan that happened in the mid-16th century, following the arrival of St. Francis Xavier, S.J., who introduced the Catholic Church to Japan. A hundred years of cultural transformation — recorded in the Namban art of the time — laid a strong foundation for this globalized Japanese culture today.

While forced underground for several centuries during the era of Catholic persecutions, this globalized Japanese culture re-emerged in 1865 when the Japanese Yuri Isabelina Sugimoto approached French missionary Fr. Bernard Petitjean and told him, “All our hearts are the same as yours.” This is the core of cultural globalization. No foreign power forced Isabelina to hold her Catholic values; she received them from her ancestors who accepted them from St. Francis Xavier because they recognized the inherent morality in the Church’s doctrines. She approached the foreign missionary; he did not force his religion on her.

Another example of globalization led directly to the founding of Sophia University in 1913. AsIsabelina’s Catholic community grew in the decades that followed, its values were challenged by the modernism and atheism of the late 19th century. American priest Fr. O’Connell, sent to Japan in 1905 at the request of Pope Pius X, told him it was imperative to establish Catholic institutions of higher education in Japan to prepare a new generation that could engage with the culture on the basis of both faith and reason. As a result, a decision was made to send the Jesuits to Japan, and they returned in 1908. Sophia University was founded by the Jesuits in 1913, and the rest, as they say, is history.

I, however, believe it to be a paradoxical history, for this history bears witness to that which transcends history, unfolding across cultures. It is the scent of a global history that has yet to be fully made manifest.

Kevin Doak is a professor and Nippon Foundation endowed chair of Japanese studies.