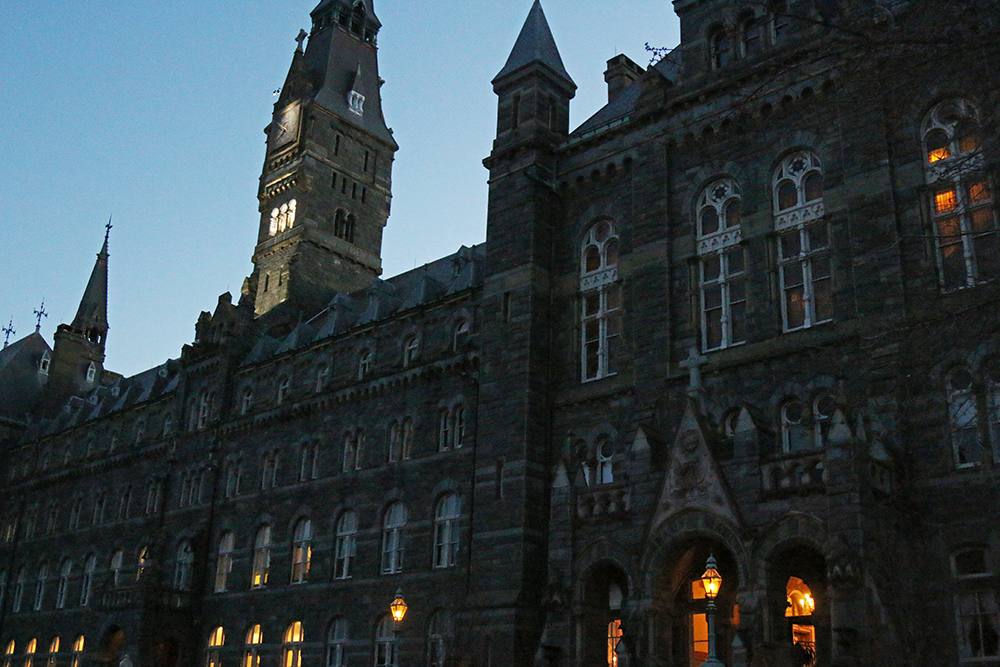 Six Jesuit priests who were at one point associated with Georgetown University have been credibly accused of sexually abusing minors, as determined by the Maryland, Midwest and West provinces of the Society of Jesus in reports released this month.

None of the allegations specify incidents of abuse at Georgetown, although estimated periods of abuse overlap with on-campus assignments, according to the reports.

The Maryland Province’s Dec. 17 report lists priests who face credible accusations of sexual abuse — classified as allegations with “a preponderance of evidence that the allegation is more likely true than not” — as well as priests who were accused of committing abuse but were not investigated. The Maryland Province did not investigate the credibility of an allegation in cases involving the death of an alleged abuser or incomplete historical information, according to the report.

University President John J. DeGioia supported the disclosure by the Maryland Province and said Georgetown is dedicated to taking action against sexual abuse in a universitywide email Dec. 17.

“Our University is deeply committed to preventing and responding to sexual assault and misconduct and to protecting the most vulnerable among us,” DeGioia wrote. “Let us all take part in this responsibility.”

Fr. William J. Walsh, S.J., who was removed from public ministry in 1996, was implicated in multiple credible allegations of sexual abuse believed to have occurred from the 1950s to the 1980s, according to the Maryland Province report. Walsh worked at Georgetown from 1966 to 1967.

In 1996, five sisters reported to the Maryland Province that Walsh, their uncle, had sexually abused each of them 40 years earlier while they were in his care, according to an April 1998 CNN interview with one of the sisters and the sisters’ attorney. Walsh was called back to the United States from his teaching position in China and removed from ministry later that year.

He then worked at the Woodstock Theological Center, an independent Jesuit-run research institute housed at Georgetown that closed in 2013, from 1996 to 1998, according to the Maryland Province report.

The sisters made the allegations public in 1998 to call for Walsh’s dismissal from the clergy, according to the CNN interview. Following the public allegations, Walsh did not live in the on-campus Jesuit residence and had been placed on administrative leave, according to a 1998 university news release reported in the Georgetown Voice. The news release also said Walsh did not engage with students in his duties at Woodstock.

Fr. Michael Barber, S.J., who was removed from public ministry in 1994, pled guilty to harassment by inappropriate touching after the Maryland Province received an allegation against him, according to the report. The allegation was believed to have occurred in 1994. Barber served at the MedStar Georgetown University Hospital from 1976 to 1978.

Walsh and Barber are both still living. Jesuit priests with credible accusations of abuse live in supervised environments unassociated with any Jesuit institution and undergo risk reduction programs monitored by the province review board, according to the Maryland Province.

The Maryland Province reported that it received one allegation of sexual abuse against Fr. Martin Casey, S.J., estimated to have occurred in 1959. Casey lived in the Georgetown Jesuit community from 1973 to 1997 and worked at the university from 1997 until his death in 2006. The Maryland Province did not investigate the allegation for credibility but determined there was a “reasonable possibility” that the abuse occurred.

The Midwest Province released its own report the same day as the Maryland Province, naming 65 Jesuits with an “established” accusation of sexual abuse, an allegation with a “reasonable certainty” of truth. Two names mentioned in the report held connections to Georgetown: Fr. Thomas Gannon, S.J., and Bernard Knoth, who was removed from public ministry in 2003 and permanently dismissed from the clergy in 2009. Both have faced more than one accusation of sexual abuse, according to the report.

The Midwest Province detailed multiple allegations of sexual abuse against Gannon ranging from 1961 to 1998. These included a 1983 incident in Gary, Ind., just before Gannon moved to Woodstock, where he worked from 1983 to 1986. Gannon died in 2011.

Allegations of sexual abuse against Knoth initially surfaced in 2003 and range from 1986 to 1988, during his time as principal of Brebeuf Jesuit Preparatory School in Indianapolis. He was assigned to Georgetown in 1990.

At Georgetown, Knoth served as a lecturer, chaplain-in-residence and associate dean of Georgetown College from 1990 to 1995. Knoth was also contacted in 2000 for the position of university president.

The West Province named Fr. Augustine Ferretti, S.J., who was assigned to Georgetown from 1944 to 1947, on a list of credibly accused priests released Dec. 7. The West Province reported that, in 2009, it received allegations of abuse against Ferretti that ranged from 1952 to 1976. Ferretti died in 1982.

“We are deeply sorry for the harm we have caused to victims and their families,” Hussey wrote in the Dec. 17 news release. “We view the disclosure today of our shameful history as part of our commitment now to preventing abuse.”

Georgetown supports the transparency of the provinces in publishing the reports and encourages survivors of sexual abuse to access on-campus resources, according to a university spokesperson.

“Releasing this list of names is one step in acknowledging and addressing the terrible history of abuse, and there is much more work to do,” the university spokesperson wrote in an email to The Hoya. “Georgetown is dedicated to preventing and responding to sexual assault and misconduct and encourages all members of our community to utilize available resources to report sexual misconduct or get support.”

The release of the lists comes amid a movement to revoke the honorary Georgetown degrees of former Cardinal Theodore McCarrick, who has been the subject of multiple allegations of sexual abuse, and Cardinal Donald Wuerl, who was named in an August Pennsylvania grand jury report for covering up abuse. The university has assembled a working group to examine the honorary degrees given to McCarrick and Wuerl but has not yet announced a decision.