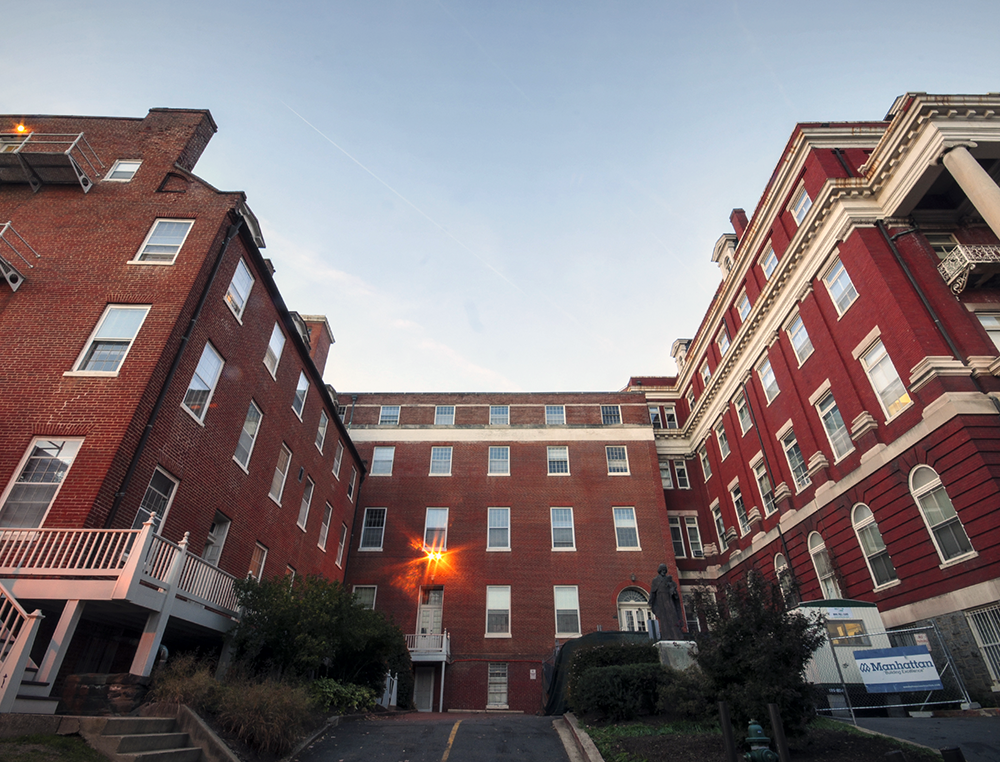 A group of descendants of Isaac Hawkins, one of the 272 slaves whose sale in 1838 benefitted Georgetown University, voiced its frustration with the university’s efforts to redress the historical injustice and called on the university to provide financial restitution to descendants.

The group contends that the university’s actions in recent years — including the renaming of two campus buildings, a policy providing preferential admissions treatment to descendant applicants  and plans to establish an institute for the study of slavery — are “symbolic gestures” and are not “commensurate with the epic atrocity committed and its subsequent impact on generations of descendants,” according to a news release provided to The Hoya.

Descendants of Hawkins who attended the conference included Dee Taylor, a 70-year-old woman from Baton Rouge, La., and Vincent Williams.

Georgia Goslee, lead counsel for the group — one of several associations of descendants — said prior negotiations with the university, though cordial and respectful, had not led to any substantive progress. Georgetown has yet to respond to a proposal for rectification that the descendants submitted June 19, according to Goslee.

Goslee declined to disclose details of the proposal, which contains a request for monetary reparations. She said the exact figure was not of primary importance; rather, the critical aspect was Georgetown making amends for the profit it made from the sale of the slaves.

“Let me be very clear: Georgetown University owes its very existence to the ancestors of Dee Taylor and Vincent Williams, yet the restitution has been conspicuously absent from the actions taken by the school so far to reconcile with the descendant community,” Goslee said. “We call on Georgetown to initiate a sustained and progressive discussion and respond to the proposal.”

Thomas Craemer, an associate professor of public policy at the University of Connecticut, helped the group calculate the amount requested for restitution in the proposal. Craemer studied the impact that unpaid and forced labor would have had on the descendants’ ancestors ability to work and their subsequent incomes, as well as the inheritance that descendants could have received.

In the letter, Ferrara detailed Georgetown’s past efforts of reconciliation and forming a relationship with the descendant community and proposed a set of draft principles for continued dialogue, which include a commitment to establishing new projects over time and to be “ambitious” in developing “shared goals.

“We believe seeking engagement and consensus around a set of principles can help us move forward in developing a partnership and determining the most meaningful and significant ideas for our communities to pursue together. We look forward to your feedback and your ideas,” Ferrara wrote.

In April 2017, DeGioia offered a public apology for Georgetown’s involvement in the sale of the 272 slaves after establishing a working group in 2015 to explore options for apology and restitution. Following the working group’s recommendations, the university has engaged in multiple discussions and dialogues with the descendants about recompense.

As part of Georgetown’s efforts for reconciliation with the descendant community, in April 2017 the university renamed two buildings, one in honor of Anne Marie Becraft, who founded one of the first schools for black girls in Georgetown in the 19th century, and the other for Isaac Hawkins, whose name was first on the bill of sale in 1838. The university has also granted preferential consideration in admission to descendants applying to Georgetown and announced its intent to establish an institute for the study of slavery.

A university spokesperson affirmed Georgetown’s intentions to cooperate with the descendants in an email to The Hoya, noting DeGioia travelled to Louisiana in summer 2016 to meet with members of the descendant community. A meeting with one descendant that June was the first recorded meeting between a U.S. university president and the descendants of slaves connected to the university.

“Georgetown and the Jesuits are committed to working with Descendants in a process that recognizes the terrible legacy of slavery and promotes racial justice in southern Louisiana, southern Maryland and throughout the nation,” the spokesperson wrote.

Representatives of the descendant community, however, said they were tired of dialogue without establishing any steps forward.

“Our message today to Georgetown, to the Jesuits: Stop. Stop devaluing the descendants. Stop abusing their patience,” Goslee said. “For elder descendants, time is precious, and they have earned the right to demand meaningful action, not just words from Georgetown leaders, and for the younger descendants whose wealth building opportunities have been crippled by the legacy of Catholic slavery, restitution is a vital lifeline to a better future.”

Goslee said the university had failed to take into account the opinions of the descendants in their actions thus far.

“Nothing, nothing at all about scholarships specifically earmarked for GU272 descendants, no compensatory fund, nothing, nothing that actually reflected how descendants wanted Georgetown to make amends with them, and nothing at all that make them feel tangibly better off,” Goslee said. “It seems like the optics of reconciliation matter more to them than the genuine atonement based on tangible equity.”

Taylor, a descendant of Isaac Hawkins, said she is grateful for what the university has done so far, but she does not believe Georgetown has adequately atoned for its past.

“I appreciate their apology and the other symbolic gestures that the school has taken since last April, but in my heart, deep down, I don’t feel whole. I believe the descendants deserve more, and Georgetown has the means to do more,” Taylor said.

In addition to the press conference, the GU272 Isaac Hawkins Legacy group has taken other public actions to express their frustrations with the university and continue advocacy on behalf of the descendants.

A mass of remembrance for the 272 slaves and their descendants is scheduled to take place Wednesday, Jan. 25, at St. Augustine’s Church. In a video released Jan. 15, actor Danny Glover called on Georgetown to do more for the descendants.

“What does Georgetown and the Jesuits owe the descendants of the GU272 for the suffering and unpaid labor of their ancestors, like Dee Taylor and Earl Williams? I say much, much more than what they’ve offered thus far,” Glover said. “180 years is long enough to get justice.”