For nearly a decade, audio distribution service SoundCloud has struggled to make money.

With the late March launch of SoundCloud Go, a paid service offering access to premium content and features, the music streaming website hopes to bring in revenue after widespread warnings about the dangers of not having done so.

Hosting an extensive catalog of content from young, independent artists, SoundCloud boasts a reputation of helping amateur rappers, producers and DJs find fame while connecting with their listeners on a personal level. The ability to easily share and embed SoundCloud’s content worked well on music blogs large and small, building a lower barrier to entry for new artists seeking an audience.

But the site’s ability to introduce indie artists to new listeners has largely hinged on its lack of a price tag. Today’s music listeners want free content, regardless of whether they deserve it. As fair and necessary as it is for SoundCloud to seek ways to monetize, the introduction of SoundCloud Go represents a loss of the site’s core identity.

SoundCloud functions much like a Twitter feed, with the ability to like and repost content on a chronological feed. An artist’s accumulation of play counts and followers symbolizes the rise to fame in an environment where anyone can become a star if their music is good enough.

In order to implement SoundCloud Go, the company forged relationships with major labels such as Universal Music Group, Sony and Warner Brothers to provide more content and to enable them to promote their signees via reposts and playlist creation. But while opening up the service to more sources of content, these new sources take away the site’s character. SoundCloud offered a more natural, direct connection between the listener and the artist, but scrolling through the labels’ pages has a much more corporate and artificial feeling to it.

With big names stepping into the ring, independent artists face a steeper field of competition. With the ability to pay for promoted tracks to appear at the top of many users’ feeds, artists who already have label backing have yet another advantage over the college student making music in his dorm room.

One such college student, Tunji Ige, a 20-year-old from Philadelphia, has amassed nearly 30,000 SoundCloud followers after releasing an EP from his room at West Chester University in Pennsylvania. After collaborating with high-profile artists and releasing two projects, Ige can credit much of his success to his ability to build a following on SoundCloud.

For artists like Ige, SoundCloud offered low barriers to entry; all a user had to do to release music was record and upload. The simplicity went unmatched by most other methods of releasing music, and that ease of use encouraged more and more artists to create and release content.

Still, SoundCloud has struggled to present itself as the go-to venue for music listening. Instead, the service was supplemental; listeners could download song files from SoundCloud and simply add them to their iTunes libraries for later listening.

More importantly, there were not many ways for the company to bring in money. SoundCloud’s leadership experimented with advertisements with varying success; they introduced the ability to promote tracks to many listeners across the platform; they created SoundCloud Pro, a tool allowing artists to upload more content and use analytics.

But these features were not enough, and the arrival of SoundCloud Go was imminent. With it, the site begins to lose the very essence that made it special. There is something to be said for the value of a common space on the Internet where the focus is on sharing music rather than selling it. In an industry where competitors offer exclusive content in an effort to entice users to jump from one streaming service to another, SoundCloud was a bastion of music’s non-commercial spirit.

In reality, most people will not subscribe to memberships to multiple music streaming services. It is cost ineffective and it denies users of the benefits offered by integrating their listening habits into one solitary experience.

Because of this stiff competition SoundCloud Go is at a massive disadvantage. With millions of Spotify and Apple Music users unlikely to pay another $10 per month and even more unlikely to jump ship, the SoundCloud Go’s prospects of success look bleak.

The place SoundCloud carved out for itself in the music world played a major role in facilitating the exposure of independent artists. While wanting to make money is something for which no one can blame SoundCloud, there is value in capitalizing on music’s non-capitalist side. Unless SoundCloud can find better ways to become the primary music provider for a larger audience, it will have sold its soul for nothing. 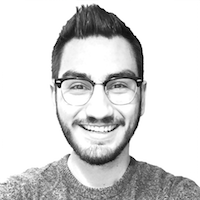 Daniel Smith is a junior in the School of Foreign Service. On the Record appears every other Friday.