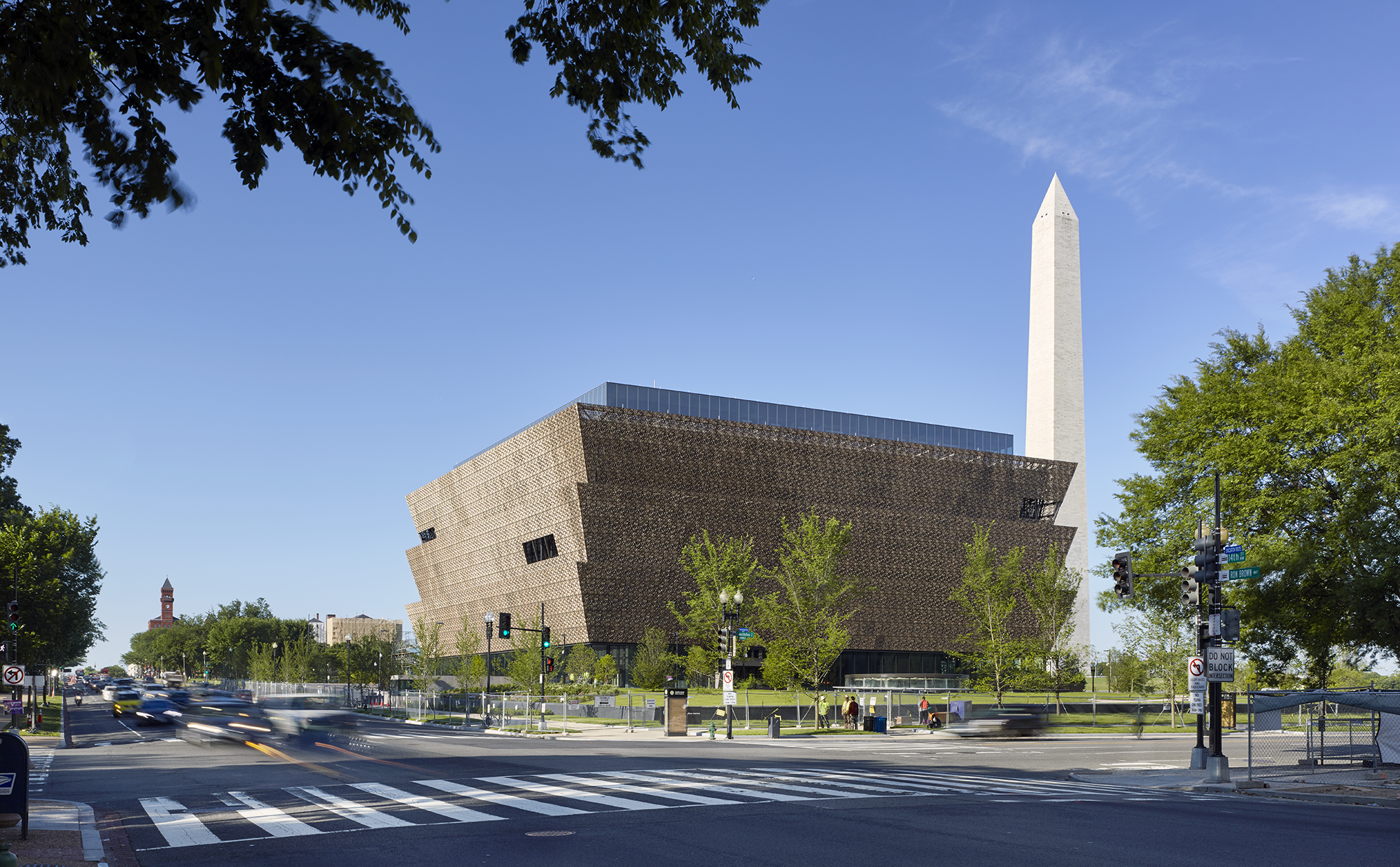 The event, held on the Washington Monument grounds, also included remarks from civil rights icon Rep. John Lewis (D-Ga.) and Oprah Winfrey and Will Smith reciting famous quotes by prominent black figures. Former presidents George W. Bush and Bill Clinton were among the 7,000 who attended the ceremony, which culminated in a city-wide bell ringing.

Thousands more who could not get tickets to the address gathered on the National Mall to watch the dedication on Jumbotrons.

The museum opening follows a week marked by two highly publicized police shootings of black men amid an ongoing national dialogue about race.

Located on Constitution Ave and 14th St., the 400,000-square-foot museum contains 12 galleries centered on themes of history, community and culture. The exhibits boast more than 3,000 artifacts, including fragments of the São José, a Portuguese slave ship that sank off the coast of South Africa in 1794, Harriet Tubman’s shawl and a vintage Tuskegee Airmen airplane.

The museum — the only national museum exclusively devoted to the documentation of African-American culture — emerges following a century of concerted efforts to commemorate black history through a federally owned museum, spearheaded by African-American Civil War veterans as early as 1915 and successfully authorized by Congress in 2003. A fundraising program exceeded $315 million in private funds to help finance the $540 million construction, which was partly covered by federal funds.

Lonnie Bunch, the museum’s founding director, expressed hope that the museum will provide a gathering place for those hoping to learn from America’s past.

“If we’ve done our job right, I trust the museum will be a place for all Americans to ponder, reflect, learn, rejoice, collaborate and, ultimately, draw sustenance and inspiration from the lessons of history to make America better,” Bunch said in a news conference.

The free advanced time passes for the museum are booked through December. Passes for 2017 may be obtained online starting Oct. 3.

Assistant professor of history Marcia Chatelain said she worried the museum’s popularity meant she would be unable to secure passes until long after the museum’s opening, but she was able to attain a ticket through a friend to a preview day prior to the museum’s public opening. She commended the museum’s unflinching portrayal of black Americans’ struggles, as well as its commitment to underscoring the dignity of their culture.

“I really like that they’ve been able to strike a balance between progress but not glossing over the fact that progress came at a very high price,” Chatelain said. “It is not necessarily a one-hundred-percent feel-good experience, and it shouldn’t be, but what they did do effectively was tell a very complicated story about change over time and I really, really appreciate that.”

Chatelain said, given the District’s own checkered racial past, the location of the museum was fitting.

“D.C. is a city that embodies a lot of the contradictions of the United States; it’s a city that is the seat of power, but that reflects so much racialized inequality in the United States,” Chatelain said. “It’s a place where the whole world converges in order to understand America, and at the same time it was also formed and surrounded by states that were engaged in slavery. It’s really a symbol of freedom that has a long history of racial segregation.”

During his dedication address, Obama dwelled on his legacy as the nation’s first black president while championing the museum as a testament to black Americans’ achievement, invoking the famous poem “I, Too” by Langston Hughes.

“It is a monument, no less than the others on this mall, to the deep and abiding love for this country and the ideals upon which it is founded,” Obama said. “For we, too, are America.”

Ruby Vega (SFS ’19) said she woke up at 4 a.m. to secure a spot on the National Mall to witness Obama deliver his speech. She was unable to obtain a ticket for the opening of the museum, though she received timed passes to visit on Dec. 8.

“Obama was so far away he looked like an ant from where I was standing, but it was worth it,” Vega said. “Right when he walked onstage, my eyes began to swell with tears. It was a beautiful speech, and it really made everybody feel the magnitude and importance of what was happening.”

Nicole Calvario (COL ’19) said attending the celebration was emotional in light of the racial tensions due to the recent police shootings.

“There were silent moments in the crowd, especially when the police shootings were addressed,” Calvario said. “But in general I felt the public was honored and humbled, and there was breath of hope from everyone.”