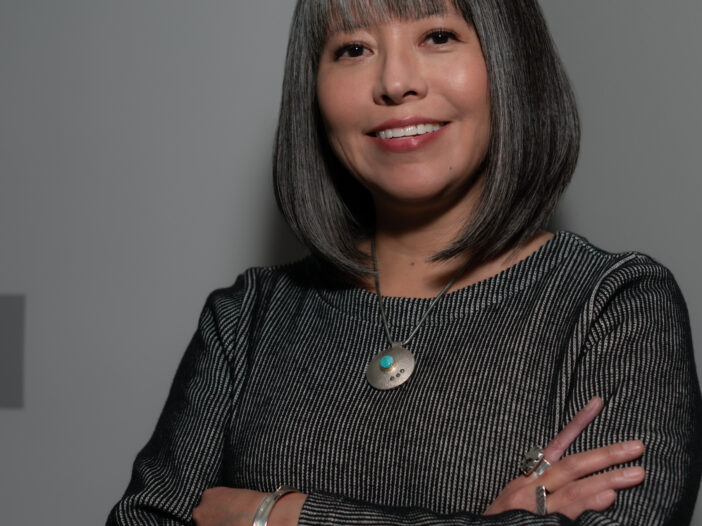 Cynthia Chavez Lamar will become the first Indigenous woman to serve as the director of a Smithsonian museum when she assumes the role at the National Museum of the American Indian (NMAI) on Feb. 14.

Chavez Lamar is a member of San Felipe Pueblo and also has Hopi, Tewa and Navajo lineage. While the museum’s past two directors have been Indigenous, Chavez Lamar is the first Indigenous woman appointed to the role. Chavez Lamar currently serves as the museum’s acting associate director for collections and operations, a role she has held since January 2021.

The Hoya sat down with Chavez Lamar on Jan. 26 to discuss what the role means to her, what she hopes to do as director and how she will use her position to spotlight Indigenous communities.

According to Chavez Lamar, the outpouring of support from past coworkers and the idea of inspiring others to see themselves in positions like hers has been rewarding.

“I’ve felt really, really supported throughout this time because I’ve received so many messages of support from a lot of different people,” Chavez Lamar told The Hoya. “Some of those have included former staff members that I’ve worked with, interns that I’ve worked with, and it has made me feel really good to know that they do see this particular situation that I’m in as inspiring for them, in terms of that it could possibly be them in this position in the future.”

The Smithsonian Institution announced Chavez Lamar’s appointment Jan. 19 after Kevin Gover, who previously served as the museum’s director, became the Smithsonian’s under secretary for museums and culture in January 2021.

Chavez Lamar’s appointment comes as a part of a broader movement to include Indigenous voices in museum work, according to Lonnie Bunch, secretary of the Smithsonian, in a Jan. 19 press release.

“Dr. Chavez Lamar is at the forefront of a growing wave of Native American career museum professionals,” Burch wrote in the press release. “They have played an important role in changing how museums think about their obligations to Native communities and to all communities.”

Chavez Lamar’s research interests include Southwest Native art and the methodologies and practices involved in collaborating with individual Indigenous communities, according to the press release.

“Growing up in a family with an artist really influenced me when I was young,” Chavez Lamar said. “And of course, my family participated in art markets, they knew artists, so it was just really a big part of my life.”

According to Chavez Lamar, her experiences working at NMAI in the early 2000s helped shape her conduct when working with Indigenous communities.

One of the priorities throughout her tenure as director of NMAI will be continuing collaborations with Indigenous groups and spotlighting Indigenous communities, according to Chavez Lamar.

“I have a deep commitment to collaboration and partnership with Indigenous people,” Chavez Lamar told The Hoya. “I know that the museum as a whole has historically, up into the present day, has had that commitment, so I’ll continue to emphasize that.”

Assuming a position of this magnitude is a challenge, but it is one Chavez Lamar is determined to meet.

“It still really hasn’t completely sunk in that I’m going to be the director of the National Museum of American Indian, and I think that sort of the enormity of it has not really fully hit me yet,” Chavez Lamar said. “If anything, I really want to be able to continue to support the excellent work of the staff so that we can amplify Indigenous perspectives and voices through the educational offerings of the museum.”