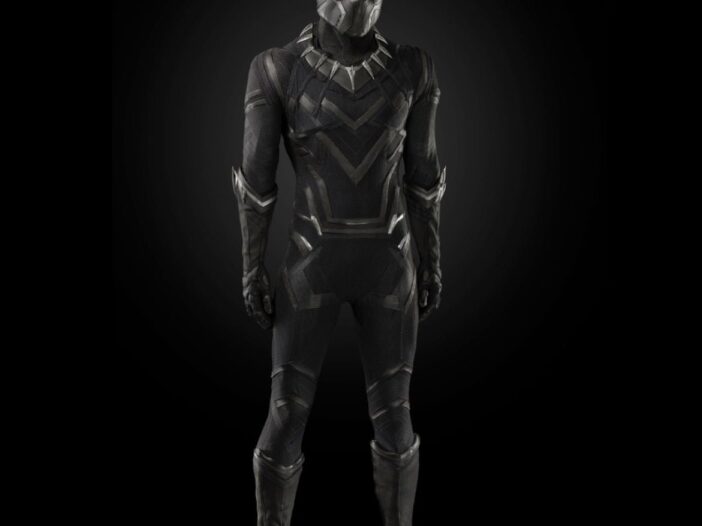 The National Museum of African American History and Culture will open a new exhibit called “Afrofuturism: A History of Black Futures.”

The exhibit —  to be located in the museum’s Bank of America Special Exhibitions Gallery — will open March 24, 2023, and remain open through March 2024. The main focus of the exhibit will be to examine Afrofuturist expression and culture as it pertains to music, activism, art and more.

The new exhibit will seek to spotlight the ways Afrofuturism impacts popular culture and will present the movement as more than a subgenre of science fiction, according to museum curator Kevin Strait.

“Our hope is for audiences to be immersed in the concept by exploring Afrofuturist expression through literature, music, art, film, fashion, activism and visual media to get a sense of Afrofuturism’s historic, and poignant engagement with African American intellectual history and popular culture,” Strait wrote to The Hoya.

Strait said the idea for an exhibit that tells stories of freedom and liberation through historical objects first arose in 2011 when the museum acquired P-Funk Mothership, the space vehicle model belonging to the funk musician George Clinton.

Strait said he hopes that the broad range of cultural samples within the exhibit will allow visitors to see a new perspective and explore the history of Afrofuturism.

“Our hope is for visitors to enjoy their visit and learn more about this topic by seeing the various ways that Afrofuturism connects with and influences our popular culture,” Strait wrote. “The exhibition emphasizes a broader understanding of Afrofuturism, not simply as a subgenre of science fiction and fantasy, but as part of a larger tradition of black intellectual history, with distinct roots that stretch across the Diaspora.”

One notable inclusion in the exhibit is late actor Chadwick Boseman’s Black Panther suit, which he wore in Marvel Studios’ 2018 film “Black Panther.” Boseman, a Howard University graduate, passed away in 2020 from colon cancer. Boseman’s character, Black Panther, quickly became an icon in Black pop culture after the film’s release.

“Displaying the Black Panther costume allows our audiences to engage with a piece of the film and Mr. Boseman’s legacy as well as exploring the huge impact the film, its characters and the setting of Wakanda has had on audiences worldwide,” Strait wrote. “It also allows us to explore the world of comics as bastions of Afrofuturist expression.”

The exhibit also aims to tell stories of Black liberation through objects. The exhibit will also include the flight suit of Trayvon Martin, who dreamed of becoming an astronaut as a child.. Neighborhood watchman George Zimmerman shot and killed Martin in 2012, sparking national outrage and protests regarding racial profiling.

Kevin Young, the Andrew W. Mellon Director of the National Museum of African American History and Culture, said in a press release that the addition of Martin’s suit furthers the museum’s goal of incorporating themes of Black liberation and social equality in the exhibit.

“Trayvon Martin’s flight suit tells the story of a dream of space flight ended tragically by earthbound violence,” Young said in the press release. “We are honored to tell more of Trayvon’s story, exploring his love of flight and mechanics and his fondness for science and technology. Afrofuturism charts the joy of a rich, imagined future, often in the face of injustice.”

Strait said he hopes that the exhibit will challenge stereotypes typically associated with the Black identity.

“I think this exhibit also connects with our larger effort to add layers of understanding to one of the museum’s central narratives of ‘making a way out of no way’ — by exploring these new concepts and spaces of identity for African Americans, and challenging historical stereotypes associated with black identity,” Strait wrote.

The new Afrofuturism exhibit will expand the way that the museum shares important elements of Black cultural identity, according to Strait.

“Exploring dynamic concepts like Afrofuturism by taking a look at its practice throughout history and across the Diaspora, and the ways it is expressed, historically and in the present, through art, literature, activism and more is a way for our museum to not only further engage with relevant cultural topics, but a way for us explore with our audience these alternative yet impactful and influential expressions of Black cultural identity,” Strait wrote.