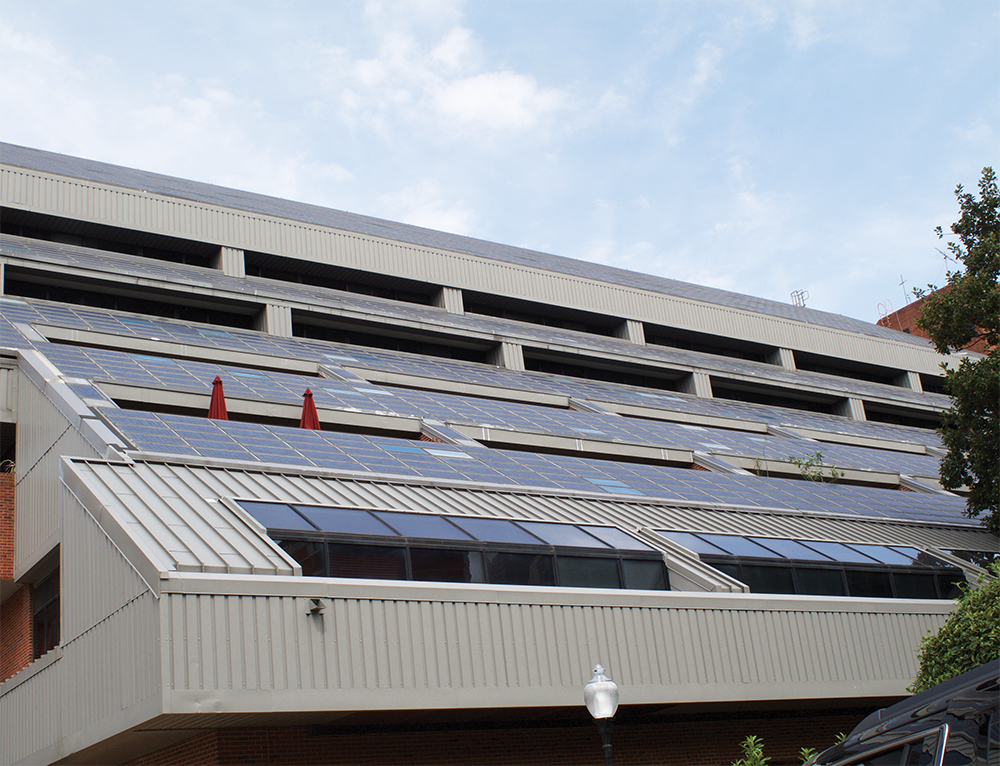 Georgetown University has partnered with Origis Energy USA to build a solar power system off campus that could provide nearly 50 percent of the campus’s electricity by the 2019-20 academic year.

The agreement, announced Monday, aligns with the university’s goal to reduce greenhouse gas emissions. Origis will install 105,000 solar panels on a 518-acre property in La Plata, Md. The panels will be owned and operated by Origis and produce 75,000 megawatt hours of power each year, according to a company press release.

Construction is slated to start in January 2019 after the company completes research and permitting. The system is expected to be fully operational by June of that same year.

The deal involves no up-front costs to Georgetown and is expected to generate significant electricity cost savings in the long term, according to Vice President of Planning and Facilities Management Robin Morey.

Morey said the agreement would allow the university to meet its ambitious green goals.

“The initiative helps fulfill Georgetown University’s sustainability mission, including the University’s commitment to reduce its carbon footprint 50 percent by the year 2020 – a goal which we met in 2014 by purchasing 100 percent Renewable Energy Certificates and now strive to meet through new investments in energy efficiency, conservation and new renewable power projects,” Morey wrote in an email to The Hoya.

“I think we are currently the most cost-efficient energy source there is in the U.S. markets,” Vanhee said. “Because of economies of scale we are able to offer energy prices to the customer, utilities, universities, commercial and industrial customers, that are the most cost-effective in the current energy market.”

Georgetown University Student Association Deputy Chief of Staff Zachary Schroepfer (MSB ’19), who has previously advocated on behalf for sustainability on campus, said the agreement reflected an increased commitment on behalf of the administration to sustainability.

“GUSA definitely views sustainability as a priority. With a policy team dedicated to sustainability issues to focus on making our school more environmentally friendly, we as an organization want to advocate for a more sustainable campus for our student body,” Schroepfer wrote in an email to The Hoya.

“We found out earlier that they would be renewing the solar panels on the [Intercultural Center] and adding additional ones around campus; however, these weren’t to be used to power our school, but to be sold back to the [Washington,] D.C. power grid,” Schroepfer wrote. “However, this new announcement shows the university’s commitment to a more sustainable footprint.”