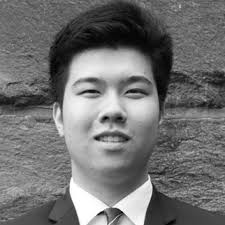 Members of the Georgetown University community, including students and administrators, are urging the return of Victor Liu (COL ’21), along with his mother and sister, who have all been prohibited by Chinese authorities from leaving the country since June.

Victor Liu and his sister Cynthia Liu joined their mother Sandra Han on a visit to China to see their unwell grandfather in June 2018. Shortly after the family’s arrival, Chinese authorities separated Han from her children and placed her in a black jail, a secret detention facility in China.

The siblings are being prevented from leaving China in an effort to persuade their father, who is accused of financial crimes, to surrender to Chinese law enforcement, according to The New York Times. The Liu siblings were not detained but are not permitted to leave the country, The New York Times reported.

Georgetown University has contacted the U.S. Department of State, the Chinese foreign ministry, the Lius’ congressional representatives, the U.S. ambassador to China and the Chinese ambassador to the United States about Victor Liu’s inability to return to the United States, according to Georgetown University spokesperson Matt Hill.

“We have intervened on Victor Liu’s behalf with American and Chinese government officials,” Hill wrote in an email to The Hoya. “Georgetown University is deeply committed to Victor’s safe return home and will continue to advocate for his case.”

University President John J. DeGioia also visited the Liu siblings in Beijing when he travelled to Asia as part of a Georgetown delegation in November. Evan Medeiros, distinguished fellow in U.S.-China studies who formerly served as special assistant to former President Barack Obama and senior director for Asian affairs at the National Security Council, joined DeGioia on the trip. Medeiros was involved in negotiating the releases of U.S. hostages in North Korea during the Obama administration.

Dean of the School of Foreign Service Joel Hellman advocated for the release of the Liu siblings in a tweet early Thursday morning.

“We call for the lifting of the exit ban from China for @Georgetown student and US citizen Victor Liu & his sister Cynthia,” the tweet reads.

Before being prohibited from exiting China, Victor Liu had been planning to start his sophomore year at Georgetown, and Cynthia Liu was set to start working at McKinsey & Company in the fall.

Liu Changming, the siblings’ father, stands accused of participating in a $1.4 billion lending fraud at a Chinese state-owned bank, which came under investigation in 2007. Neither Han nor the siblings have been charged with any official crimes.

“We are being held here as a crude form of human collateral to induce someone with whom I have no contact to return to China for reasons with which I am entirely unfamiliar,” Cynthia Liu wrote.

The Chinese foreign ministry defended the detention of Han and the decision to bar the Liu siblings from leaving, citing their status as Chinese citizens.

“The people you mentioned own legal and valid identity documents as Chinese citizens,” the Chinese foreign ministry told The New York Times.

However, China does not recognize dual nationalities and revokes Chinese citizenship upon gaining a foreign citizenship; Han and the Liu siblings all hold U.S. citizenship. Born in California, Victor Liu is one of few individuals on whom China has placed an exit ban born outside of its borders.

The Liu siblings’ situation has attracted the attention of national policymakers, including Sen. Edward Markey (D-Mass.), who is paying close attention to the status of Han and her children, according to a Nov. 27 tweet.

“My office is aware of Victor’s, Cynthia’s, and Sandra’s situations and is deeply concerned,” the tweet said. “We are working to secure their safe return and continue to be in touch with U.S. officials to ensure a positive outcome.”

“The safety and security of American citizens is a top priority for the Department of State,” the official wrote. “We routinely have shared our concern about China’s use of exit bans on American citizens with the Chinese government and will continue to do so until we see a transparent and fair process.”

The Office of Endowment, where Victor Liu worked on campus, wish to see him back at Georgetown soon, according to Georgetown’s Chief Investment Officer Michael Barry.

“He is a very kind person, and from my experience, someone of integrity,” Barry wrote in an email to The Hoya. “We at the Investment Office are deeply saddened by his situation. We hope for his speedy return and keep him and his family in our prayers.”

“We call on the People’s Republic of China for the unconditional and immediate release of both Victor and Cynthia,” the AASA executive board wrote in an email to The Hoya. “Repeated violations of the most basic of human rights by Chinese authorities, such as in this instance, demand a strong response and constant vigilance.”