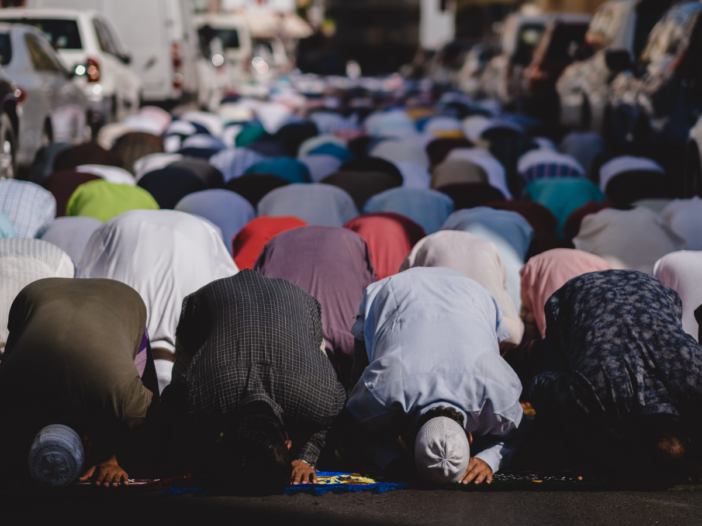 At an event hosted by Georgetown University’s Berkley Center for Religion, Peace and World Affairs, panelists spoke about a recent increase in anti-Muslim discrimination in India.

Speakers at the Nov. 21 webinar, titled “India and the Rise of Islamophobia: Why and Why Now?” included Berkley Center Senior Fellow Jocelyne Cesari and Kalpana Jain, senior journalist and senior ethics and religion editor at The Conversation U.S., an independent, nonprofit publisher that focuses on news stories and research reports. Cesari and Jain discussed the effects of India’s fluid stance on religious tolerance and the increase in power of the Bharatiya Janata Party (BJP), India’s pro-Hindu political party, in the country’s government.

Cesari said that although religious tensions have always been present in India, the BJP’s rise to power, combined with the impacts of the COVID-19 pandemic, has intensified the issue.

“The reason for our conversation comes from the very alarming situation of continuous attacks against Muslims in India: lynching, discrimination, attacks on people,” Cesari said at the event. “This is not something that has been absent completely from Indian society, but it really raised in the last mandate of Modi, and it even was exacerbated by the pandemic.”

In India’s 2014 elections, the BJP won the majority of seats in the Lok Sabha, the lower house of India’s bicameral Parliament, and Narendra Modi became prime minister.

Jain said Modi’s government demonstrated they would not allow criticism by dismissing reports of lynchings and attacks on Muslims for eating beef, a practice against Hindu dietary restrictions.

According to Jain, in the past few years, the BJP-controlled Indian government has increasingly censored dissent in the media. In 2020, the government arrested almost 70 journalists, citing sedition and counterterrorism laws.

Jain added that certain groups like Durga Vahini, a Hindu nationalist organization, have played into people’s fears that Muslim leaders will force out Hindu traditions and culture in India.

She said these groups attempt to present Islam as a threat to Hindu culture in India.

“They’re indoctrinating them into a very different version of history, which is a very Hindu nationalist history,” Jain said at the event. “In conversation with them, what they revealed, to a certain extent, were a lot of the fears that they are being made to think about and that are playing into their mind and even joining this organization.”

Citizens worry that Islam will take over India, that Hindus will have no land left and that women will marry into and convert to Islam, according to Jain.

However, Jain said there has been pushback against Modi and the BJP. In the 2021 West Bengal State elections Trinamool Congress (TMC), an oppositional Indian political party, won a majority of the vote against the BJP. TMC now holds the majority in the West Bengal Legislative Assembly, a unicameral legislature in charge of passing laws for over 90 million constituents.

Jain said that in many ways, the BJP is actually losing ground in India, as they have lost the support of some major states including Rajasthan and Andhra Pradesh.

“People want more than religion,” Jain said. “We have to also acknowledge that people are smart enough to see, ‘are we being fooled in the name of religion?’”

Cesari said India’s diverse political and sociocultural landscape makes it a compelling subject for an analysis of political power.

“So when we turn to India, it’s quite an interesting composite,” Cesari said. “It’s a subcontinent. It covers multiple languages, ethnicities, local tradition.”

This diversity tends to play into religious tensions, specifically at the local level, due to the country’s decentralized structure, according to Cesari.

“It is an erosion of civil liberties of all its citizens,” Jain said. “It’s an erosion of the freedom of the media that we’ve seen all this way. We’ve seen people arrested and killed, who are not just Muslims, but it extends to other religious groups as well.”