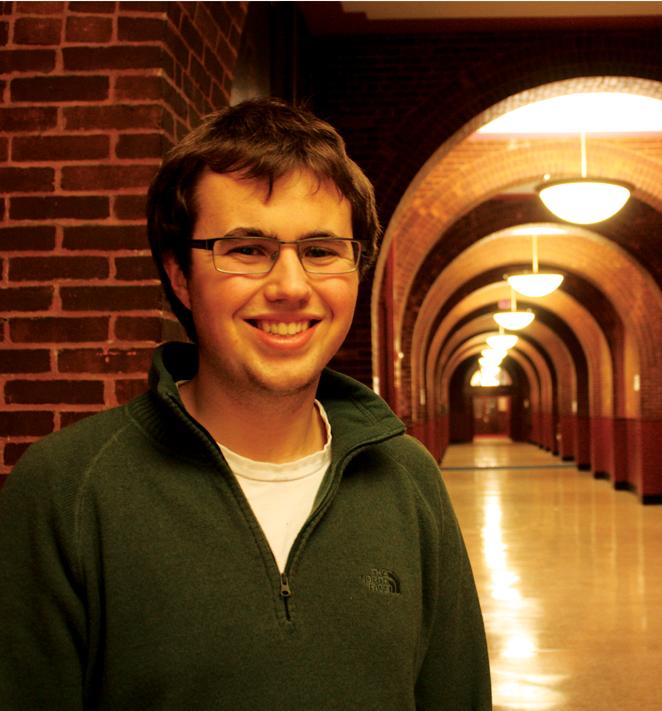 As tensions mount over D.C.’s noise law, one advocacy group is gaining recognition as a voice for one of the District’s largest demographics: students.

“College students make up one-sixth of the city’s population, and yet have virtually no political influence,” Scott Stirrett (SFS ’13) said. DC Students Speak, the group Stirrett chairs, is looking to change that — and the pan-university coalition is gaining muscle in city politics.

About half of the representatives hail from Georgetown. The product of a Reimagine Georgetown grant, the group was founded in the winter of 2009.

Before this year, DC Students Speak comprised only a handful of students. But, the group moved into the spotlight by becoming a leading voice in debates over the campus plan. More recently, the organization has spearheaded a student campaign over amendments to D.C.’s noise laws, which dole out harsher penalties, including arrest, for noise violations. Petitions circulated by DC Students Speak opposing the changes and supporting the Campus Plan each boast over 1,000 signatures.

The group has also become a presence at town forums. At the last local town hall about Georgetown’s Campus Plan, DC Students Speak led a contingent of almost 50 students, according to Stirrett.

The body originally gained visibility through its Twitter page, which it uses to broadcast issues relevant to college students. It currently has over 500 followers. DC Students Speak also uses Facebook, a blog and op-eds in various school newspapers to reach out to students at different campuses.

Drew Spence, a sophomore at GWU and the only group representative from his school, said the group reached the GWU community through its Twitter and Facebook efforts.

An issue facing one college eventually surfaces at others across the District, Spence said.

“What happens at different schools sets precedent for the rest of the city,” he said. “We’re seeing that right now with the Georgetown Campus Plan. A few years ago the GWU campus plan was a really arduous process, and it turned into a battle [between] community and university.”

But other college students are not the only ones taking note.

DC Students Speak has also garnered recognition from Georgetown-area residents. Lenore Rubino, president of the Burleith Citizens’ Association, heard of DC Students Speak through news outlets and its blog. She said she supports the general concept of the organization.

“I like to see the good energy that goes into people expressing their right to have a voice,” she said.

Yet, despite the praise, Rubino believes DCSS is contributing to a negative, exaggerated image of the BCA, which has actively opposed the campus plan.

“I think there’s a basic disagreement, with the students thinking that their neighbors are out to get them, and that’s not the case at all,” she said. “That’s perpetuated through ignorance, blogs and things like that.”

Rubino noted that DCSS is not the perpetrator of these false images, but that it is “expanding the problem.”

Jake Sticka (COL ’13), Georgetown’s student representative on the Advisory Neighborhood Commission 2E, said he supports the objectives of DCSS, but was critical of what he described as an “adversarial” relationship between DCSS and the neighborhood associations.

“The tone towards residents is to assume a degree of cynicism that they’re coming after the students, and I don’t think that’s always the case,” Sticka said. “The things that CAG and BCA say makes me understand why you would go after them. I just wouldn’t do it so personally.”

Stirrett agreed that many students have a negative perception of their neighbors, perpetuated by the community’s more vocal members that tend to show up to town halls.

“I think that not everyone living in Georgetown opposes the Campus Plan,” Stirrett said. “[CAG] might have 20 people go to a meeting, but does CAG represent the 14,000 people that live in this [ANC 2E district]? We’d say, as [indicated by] the interest shown in the different petitions, that is definitely not true.”

Stirrett pointed to the 1,350 petition signatures in favor of the campus plan. “Last time I checked, CAG’s petition had 175 signatures,” he said.

The campus plan has not been the only point of contention, however.

Recently, the new harsher penalties for noise violations in the District united furious students across the District. The petition DC Students Speak circulated got 1,200 online signatures in 48 hours, according to Stirrett.

Now, after consulting with lawyers and law professors, the group is considering a formal legal challenge to the amendment and published a post on its blog titled: “DC’s new noise ordinance is not just bad policy; it is unconstitutional.”

While the group has recently been eyeing concrete community challenges, it also has broader goals. One of the group’s key initiatives is getting students to register to vote in D.C.

“People should vote in the area that has the greatest effect on their local life,” Stirrett said. “Students spend nine months of the year here, and are affected by local laws.”

He added that in order for local politicians to take students’ concerns seriously, they need to register to vote.

“If the mayor of D.C. doesn’t consider college students his constituents, he’s obviously not going to take into consideration their concerns when drafting legislation like the recent noise bill,” Stirrett said.

To this end, the organization is planning a student registration drive in a few months. Yet, a large part of the motivation extends beyond voting. Advisory Neighborhood Commissions require their officeholders to be registered voters. There are currently only two college student ANC commissioners; there are over 250 commissioner seats across the District

Here, the group’s efforts are still fledgling — two students that DCSS supported were defeated in 2010 elections for ANC seats. Stirrett plans to ramp up the campaign efforts for the 2012 elections.

Sticka is one of those two students. He was elected in the winter of 2009 to represent Georgetown students, following the tenure of Aaron Golds (COL ’11). His district covers some townhouses and residence halls Village C East and West, Harbin, New South, Alumni Square, Village A, Kennedy, Renyolds and McCarthy, as well as the Jesuit Community. “I’m all about [DC Student Speak’s] general idea of getting students more involved in the process, and I really support registering to vote and having [student] voices heard,” Sticka said.

Ron Lewis, Chairman of the ANC 2E is proud to have Sticka on board.

“Our ANC is an example that people hold up and say, ‘this is how student representation should work,'” Lewis said.

D.C. Council Chairman Kwame R. Brown said he had not heard of DC Students Speak, but he does support its push for student voter registration.

“Every person who is of age and claims District residency should register to vote and avail themselves of the Democratic process,” Brown said in an email. “Voting is not only a right, but the civic duty of every American, and should never be acquiesced.”

According to Stirrett, not all members of D.C. government have supported the group’s student registration advocacy, however. Tom Smith, an ANC commissioner, told a member of the organization that college students should not register in D.C. He said that students should vote where they have the most influence in presidential elections, and that they would need a D.C. driver’s license to vote, which Stirrett says is untrue. Smith declined to comment.

Students can only effectively take a stand against adverse legislation by having a voice in the District, Stirrett said. This has come to forefront during the debate on the noise laws.

Spence agreed. He said that students and politicians should be able to work together.

“We believe the students and community can live harmoniously,” Spence said, “That’s what I think is not being communicated here. The city government has decided to push legislation that directly targets college students. We don’t want to be targeted; we want to be partners in the dialogue. DCSS is hoping to engage in the conversation and try to come to consensus.”