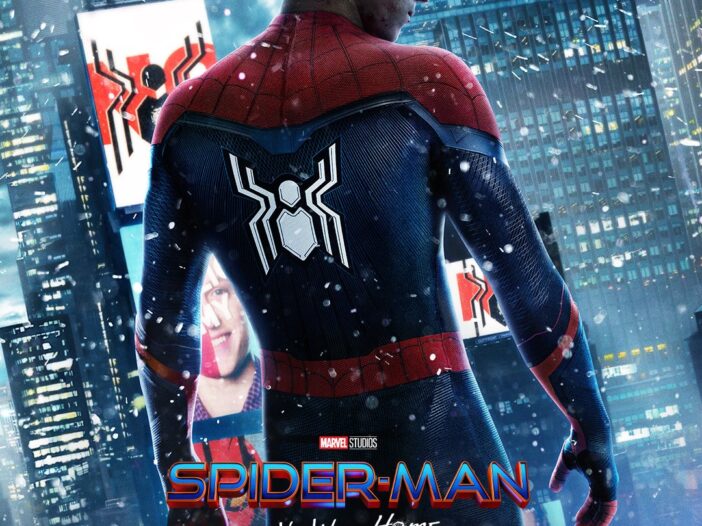 The Marvel Cinematic Universe’s latest offering hit theaters this past December, and critics and audiences alike have given it unprecedented praise.

Directed by Jon Watts, “Spider-Man: No Way Home” is already being hailed as a masterpiece by its loyal Marvel fanbase. While the film does possess some notable plot flaws, its raw emotional scenes and stunning action sequences make for an unforgettable viewing experience.

With audience-familiar supervillains like Green Goblin, Doctor Octopus and Electro threatening New York, Parker seeks guidance from his friends and grapples with moral dilemmas to defeat this new collection of adversaries and return them to their home universes.

“No Way Home” is anchored by these legacy appearances, and the series’ veteran performances do not disappoint. The Green Goblin (Willem Dafoe) is the film’s standout villain, as Dafoe expertly brings the Green Goblin to psychotic life through his crazed grins and sadistically baritone voice.

Though some of the villains’ personas may not be fully fleshed out, action sequences throughout bring a high level of visual accomplishment to the film. Brilliantly choreographed and infused with memorable dialogue, every fight scene adds depth and movement to the film’s plot. In fact, some battles wisely eschew Marvel’s characteristic levity in favor of gritty melee combat, showcasing some of the darkest and most emotionally devastating moments in any recent superhero film.

For better or worse, “No Way Home” is a movie that primarily exists to satisfy Spider-Man fans, as the movie injects itself with ample doses of nostalgia and stuffs its narrative with consistent cameos and callbacks to previous films within the canon.

While these sentimental elements certainly make for a memorable viewing experience, they sometimes muddle the film’s narrative by distracting from its deeper themes. The film’s central plot falls into cheesy territory as its script resorts to overly predictable moments at times in order to achieve this fan service.

Nevertheless, there is much to relish in “No Way Home.” Tom Holland’s ability to portray Peter Parker’s cheerful optimism and trademark humor, while also expressing the wrathful inclinations of his tormented character, is remarkable. Spider-Man’s strong-willed Aunt May (Marisa Tomei) is also better developed than in previous installments, with Tomei leveraging her versatile acting talents to portray a protective, loyal mentor to Peter.

Emotional depth serves as the movie’s strongest feature, contrasting with its two exceedingly comedic predecessors. “No Way Home” maintains a much darker tone that forces Peter to understand the loss and sacrifice that accompany his heroic adventures, while also learning to overcome vengeful temptations in order to avoid moral corruption.

However, the film at times loses sight of these most emotionally resonant themes, and the storytelling resultantly falters. Much of the plot development occurs too quickly, with crucial moments turning into frustrating examples of cinematic deus ex machina in which the inventions that serve as solutions to the film’s central conflicts are implausibly convenient.

Nonetheless, not a dull moment exists in the 148-minute runtime, and fast-paced dialogue makes “No Way Home” infectiously fun. In fact, the effortless, brisk pacing may even leave many audiences wishing the film were longer.

With a nearly impeccable blend of humor, heart and action, “Spider-Man: No Way Home” is certain to satisfy longtime fans of the titular character and superhero films at large. While cameo-ridden, frenetic fan service threatens to swallow deeper themes at times. However, strong performances and emotionally resonant moments capture the essence of Spider-Man and successfully prevent the film from becoming a shallow hodgepodge of action sequences.