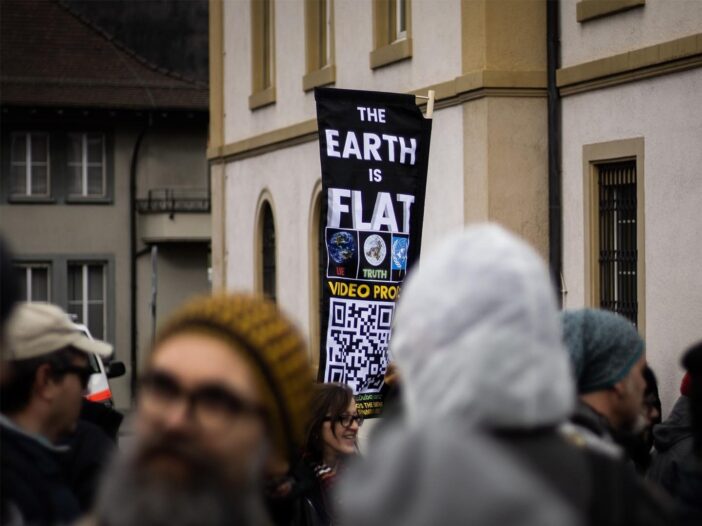 The increased spread of misinformation on social media is a threat to democracy, experts said at a Nov. 15 event.

At the online event, titled “Truth and the Rise of Popular Lies,” political experts outlined how political imagery has allowed misinformation to thrive, as well as steps policymakers should take to regulate social media platforms to protect against the influence of disinformation. This event was co-sponsored by Georgetown University’s Free Speech Project and the Future of the Humanities Project, a research initiative that examines the impact of the humanities on public life, as a part of the Free Speech at the Crossroads: International Dialogues series.

The event was moderated by Sanford J. Ungar, director of the Free Speech Project, and Michael Scott, director of the Future of the Humanities Project, and featured panelists Baroness Jenny Randerson, a member of the British House of Lords since 2012; John Battle, a British Labor Party politician who chairs the Justice and Peace Commission of the Diocese of Leeds; Erica Green, an award-winning correspondent in the Washington, D.C. bureau of The New York Times; and Stephen Hess, a senior fellow emeritus at the Brookings Institution in D.C.

The lines between fact and falsehood have shifted over the past decade, according to Randerson.

“What we have now is something that goes way beyond the occasional acts, way beyond what we used to call ‘labor spin’ under Tony Blair,” Randerson said at the event. “Now we have a situation where, when we’re told things, we really have no idea as to whether they’re true or not because breaking promises and failing to tell the whole truth have become a modus operandi.”

The blurred lines between fact and falsehood are a consequence of the value shift from service and honesty to notoriety among politicians, according to Battle.

“Politicians are now encouraged to be dramatic personalities or pragmatists, if you like. Distraction politics is a key kind of theme,” Battle said at the event. “So performance has become more important than actual competence and again, it was the image, not the reality, of competence. So I think that notion of survival started to get buried into the political system, so politicians are about their own survival.”

Celebrity politics and the use of fame to influence political opinion have reached new heights during the age of social media. Many politicians have sought to amass large social media followings in order to shape public discourse around political issues, according to a study by the American Political Science Association.

Social media has increased the long-term impacts of the dissemination of false information, according to Green.

“It feels like there’s just nothing that you can do to really overcome that and the damage is so lasting,” Green said at the event. “On social media in particular, when we think about even the coverage of the Jan. 6 insurrection, a lot of what was put out by Republican lawmakers still lives on.”

The federal government needs to update regulation around social media to moderate the spread of disinformation, according to Hess.

“We also have to worry about getting misinformation, lies out of the system. I don’t think we do a very good job of that. And we have to give more thought to that,” Hess said at the event. “In other words, we had the same situation back in the 1920s when there was suddenly the burgeoning of radio and the federal government passed a national radio act and it expanded to cover television and you apply for a license and if you don’t follow certain rules, you could lose your license.”

In recent years, some politicians have voiced support for regulating misinformation on social media platforms. The Biden administration has advocated for the repeal of Section 230 of the Communications Decency Act, which has allowed social media sites to avoid being held liable for their content. The administration has not taken any steps toward formally repealing the section, however.

Politicians must do more to combat the effects of disinformation, according to Battle.

“It’s always much easier to have an intense politics of fear, demonize your opponent, go for ad hominem arguments and get the person rather than the policy,” Battle said. “And that generates that permanent campaigning style that’s incredibly negative, and I think that makes it very difficult to introduce any longer term vision of where we’re going or have a political conversation that actually opens up complex questions that might not have immediate answers.”