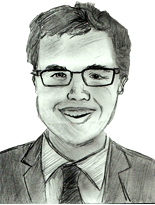 One only has to cross the Key Bridge to be in one of the most competitive swing states in the country — not only for the presidential election but for the senate race as well, with former Democratic Governor Tim Kaine facing off against former Republican Governor and Senator George Allen.

In the Virginia race, defense spending is proving to be one of the most controversial issues. In part of the Budget Control Act of 2011, it was specified that if Congress did not provide at least $1.2 trillion in spending cuts, there would be across the board “sequestration” cuts to government spending. This scenario would include serious cuts to defense spending.

The final bill was a mediocre compromise, and both parties are at fault. Nevertheless, whom voters in Northern Virginia actually choose to blame will have a significant impact on the election, as there are an estimated 136,000 jobs that would be lost in the state if sequestration actually does come into effect. The quandary of congressional deadlock and the question of which party is responsible looms large in the Virginia senate election.

Virginia is also emblematic of the culture wars that are becoming increasingly prevalent. Over the years the state has been transformed from a solid “red” state to what can now be described as a “purple” state.

These changes have been driven by tectonic changes in the demographics of Northern Virginia, which has grown much wealthier and more diverse in recent years. This contrasts with the Southwestern parts of the state, which are Appalachian in character. The political divides within the state are based on these geographic and demographic divisions.

Such cleavages are indicative of the broader trends nationally for the two parties. The Democratic Party is losing more and more of its white supporters, and the Republican Party continues to have a relative lack of diversity.

This poses a danger for both parties, and, more importantly, for the United States. It is dangerous when the divides between political parties become more than just ideological — they become racial and ethnic.

This is a problem that I see in my own native Canada. The fact that for a time the Bloc Quebecois — a party that is certainly based on linguistic lines if not ethnic ones — held the leader of the opposition was not good for Canada.

In the same way, it is not good for Canadian national unity that the National Democratic Party has become dependent on Quebec, whereas the ruling Conservatives have only a handful of seats in the province. It presents the potential for legitimate ideological divides to turn into divisive arguments over national identity.

With Mitt Romney polling almost 20 points above President Obama among white voters nationally, these ethnic divisions among the parties are becoming all the more apparent. Hence, the trends that are taking place in Virginia are again part of political developments across the country.

The United States and Virginia are both at crossroads while facing overwhelming social and demographic changes, which provide many opportunities for growth as well as for division. To win under such conditions requires working to bridge some of the social divides and establishing coalitions that move across different social groups, which compose enough of the population to win. Not only is this good politics, but it is also in the long-term best interest of the United States.

Virginia provides the perfect microcosm for understanding some of the challenges facing American politics and what successful candidates must pursue to ultimately achieve elected office.

Scott Stirrett is a senior in the School of Foreign Service.