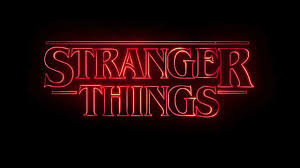 In just over one month since its debut, the Netflix original series “Stranger Things” has received critical acclaim, captivated viewers and become an ever-trending topic on social media with its depiction of the fallout from a government experiments with mind control during the Cold War. The tribulations of the superpower-wielding test subject, a girl known as Eleven, in an experimental laboratory may appear to be pure science fiction, though the experiments conducted resemble those of the CIA’s top-secret MKUltra project, which involved the Georgetown University Hospital in its research.

The brainchild of Matt and Ross Duffer, “Stranger Things” incorporates many aspects of ’80s pop culture, drawing thematically on the works of fiction masterminds including Steven King, George Lucas and Steven Spielberg. Set in the fictional town of Hawkins, Ind., during the mid-1980s, the supernatural sci-fi thriller follows the disappearance of a young boy, and the efforts of his three friends — aided by the mysteriously telepathic Eleven — to find him. Replete with man-eating monsters, interdimensional travel, superpowers and murderous government agents, the series may seem to be a work of pure fiction at first glance. However, its depiction of the fictional Hawkins National Laboratory — a secret experimental laboratory operating under the Department of Energy to develop mind control and telekinesis in hopes of gaining Cold War superiority — is not as far from reality as it may appear. In fact, Georgetown’s campus played a complicit role in these kinds of covert experiments, according to a 1977 Washington Post article.

In “Stranger Things,” Eleven, played by Millie Bobby Brown, escapes from the CIA’s MKUltra program, where she was a test subject used for her telekinetic, electromagnetic and psychokinetic powers. During the testing, she is subjected to the sensory deprivation, the loss of identity and the destroyed paper trail that led her mother — an MKUltra test subject herself — to believe her daughter was miscarried.
The real-life MKUltra was run by the CIA during the 1950s and 1960s. The project officially ended more than 40 years ago, and the CIA has since openly acknowledged its existence. Prior to “Stranger Things,” the program has been frequently referenced in modern pop culture, from the animated show “Archer” to the eponymous song by Muse and, most notably, as the basis for the “Jason Bourne” book and film series.

The project, which began in the early 1950s, was officially sanctioned in 1953 and halted in1973. In those 20 years, it had expanded into a multimillion-dollar program with 149 subprojects. In hopes of gaining an edge in the Cold War by making U.S. soldiers more resistant to Chinese and Russian torture methods, its general aim was to identify and develop drugs and procedures to be used in mind control by experimenting on human subjects without the necessity of disclosure or contract. Declassified documents reveal that the experiments included, but were not limited to, hypnosis, sensory deprivation, sexual abuse, torture and the administration of drugs such as LSD. While the general program is shocking in itself, it is Subproject 35 that is especially relevant to the Hilltop.

Subproject 35, as defined by declassified CIA documents, established “a cover organization for highly sensitive projects in the field of covert biological, chemical and radiological warfare.” This organization, the Geschickter Fund for Medical Research, was named after Charles Geschickter, a Georgetown University professor of pathology who, according to CIA documents, had top-secret clearance and received CIA funding to construct a new research wing in the Georgetown University Medical Center. A description of the proposed facility — the Gorman Annex — suggested that human patients and volunteers would be available for experimental purposes. The testing began in March 1959.

Geschickter’s prominent role as both a professor of pathology at Georgetown and a leader in the fundraising campaign for the new research wing resulted in “his having control over 1/6 of the total space in addition to the basement and general out-patient facilities in the new wing,” according to CIA documents. Starting in 1951, his fund served as a secret cut-out, or intermediary, for contracts in the fields of covert chemical and biological warfare, and as a primary contractor for specific types of biological research.

A letter from then-CIA Deputy Director Richard Helms to cia Director Allen Dulles, dated Nov. 15, 1954, clarifies the funding channels for Subproject 35 at the GU Hospital. The CIA contributed $125,000, while another undisclosed element of the government matched the amount, to be used for the construction of the Gorman Annex using the Geschickter Fund as a cut-out. The primary stipulation in the letter is that “the Georgetown University Hospital will not be aware of Agency participation in either the building fund or future research projects” because “Agency employees would be able to participate in the work without the University being aware.” To this end, the plan included three specially cleared employees to be integrated into Geschickter’s projects.

This layered arrangement left Georgetown administrators unaware of CIA participation in the Annex’s construction. By using the Geschickter Fund as an intermediary between the Hospital’s fundraising campaign and the CIA, the agency’s sponsorship of these sensitive projects was, by design, deniable, as no direct connection existed with the university.

Similar to the testing facilities featured in “Stranger Things,” the testing at Georgetown was concealed by a separate governmental entity. The show uses the Department of Energy in this role, while in reality, a letter from Helms to the chairman of the Atomic Energy Commission, Lewis Strauss, indicated the CIA’s interest in the construction of a new research wing at Georgetown University Hospital to help in “defense against drugs and chemical techniques used in interrogation and brainwashing.” It goes on to state “the Georgetown University Hospital will be completely unwitting of our interest in them. The work which will be done in the facility will be handled through a cut-out which will conceal Agency sponsorship.” Dulles himself later sent a letter to the chairman stating, “It will therefore be very much appreciated if our interest in this matter be withheld from the Hospital authorities.”

The project remained top-secret, as declassified files show it was deemed “highly undesirable from a policy and security point of view that contracts be signed indicating Agency or Government interest in this field of endeavor” since “in a great many instances the work must be conducted by individuals who are not and should not be aware of Agency interest.” The CIA also realized that leading physiologists, psychiatrists and biological scientists were fearful of entering into signed contracts regarding the performance of activities that could seriously damage their careers or mar their reputations. A key aspect of the plan was that any security fears were assuaged by the idea that any and all responsibility would fall on the hospital and its personnel.

Following the public disclosure of certain aspects of the MKUltra program in the mid-1970s, a congressional Hearing was held in 1977. During the testimony of CIA Director Stansfield Turner, Sen. Ted Kennedy (D-Mass.) spoke to his belief that it was “of general public interest, particularly for the people that are involved … to have some kind of awareness of whether they were used or were not used and how they were used.”

To this end, according to a 1977 Washington Post article by John Jacobs, the university was officially informed by the CIA that it had sheltered MKUltra experimentation in 1977. Georgetown University’s involvement had previously been rumored but remained unconfirmed. This was immediately followed by the release of thousands of documents pertaining to MKUltra under the Freedom of Information Act. These documents show that many high-ranking officials knew and approved of the Georgetown subproject specifically, including Dulles and Helms, who later became director himself. Dulles personally approved the agency’s contributions to the Geschickter Fund and received approval from President Dwight D. Eisenhower’s special committee on covert operations.

More complete records of the mind control experiments, aside from the few released in 2001, were destroyed in 1973 at the request of former MKUltra head Sidney Gottlieb, according to a 1999 New York Times article about his death. Following his career as head of MKUltra, Gottlieb received the Distinguished Intelligence Medal from the CIA and spent time running a leper hospital in India and working in a Virginia hospice center.

To some, “Stranger Things” may be no more than a gripping sci-fi homage to 1980s pop culture. However, its connection to the CIA’s top-secret MKUltra project is rooted in one of the darker chapters in the agency’s history, one to which Georgetown is invariably tied.